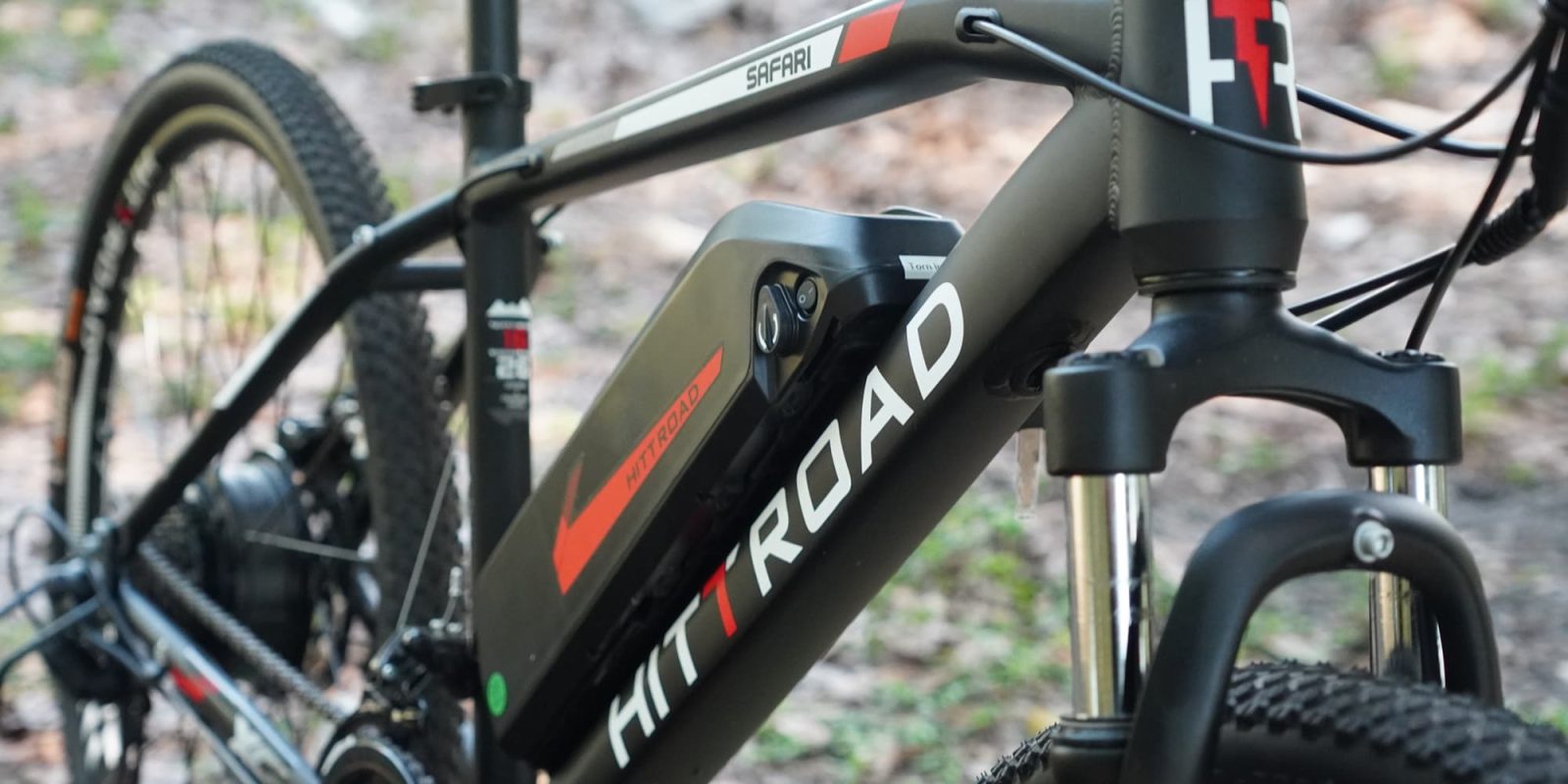 HittRoad is one of several low-cost electric bicycles currently racking up sales on Amazon. The good thing about these $600-$700 e-bikes is that they help bring the fun and fitness aspects of electric bikes to customers who can’t afford models costing several times these prices. But keeping the universe in balance is the bad side, which is that the bikes’ quality usually suffers at that price point.

So I took HittRoad’s Safari mountain bike-ish e-bike to my local trails to give it a test on the single track. Here’s how it did.

Let’s be honest, for $760 (or $609 when clipping the on-page Amazon coupon), the HittRoad is never going to compare to a higher-dollar electric bike.

But odd name aside, it actually has some decent specs for the price, at least if your intention is to use it as a recreational e-bike.

This of course is not going to handle jumps or the forces exerted on a typical downhill mountain bike course. This is for leisurely rides on your local nature trails or parks. Think beach path, not black diamond (or black trail, as the case may be in downhill riding).

But if you keep in its element, as I did, I think you’ll find that the bike can actually perform well considering its modest price point. Check out my testing in the short video below, then keep reading for the specs and ride experience.

The HittRoad Safari is one of those electric “mountain bikes” that is barely in mountain bike territory. Yes, it’s got the basic geometry and slightly knobby tires, but this is more of a dual-purpose hybrid bike. Most people who get it will spend more time in the bike lane than on the trails. It even comes with commuter-ready fenders (though the front fender was so cheap and floppy that I didn’t even bother to install it).

But any bike can ride pavement. I wanted to see what this one could do in the dirt.

And despite the low price, I was reasonably optimistic. The tires aren’t fancy but had fine grip for light trails. The suspension fork didn’t feel like I could break it over my knee (a resounding endorsement, I know – but that’s not always the case).

The disc brakes aren’t branded, but they seem to work just fine. And you even have 21 speeds, which is around 14 more than I feel is necessary, but I guess those in hilly areas might appreciate the granular gear choice.

I took the bike to my local parks and single track to see what it could do. And while the acceleration off the line wasn’t peppy with only 500W of peak power from the 50 Nm Bafang motor, it was enough to feel like I was getting a good boost. It’s no rocket, but it does the job.

Where the bike surprised me was how nimble it was on single track. It wasn’t quite as responsive as better mountain bikes, but damn if it didn’t hold its own. I could wiggle through the serpentines and hold a half decent line on the HittRoad Safari to a better degree than I expected.

Now don’t get carried away here. It wasn’t perfect. The simple spring suspension leaves a lot to be desired, but for relatively flat trails it was just fine. Gravel roads were also quite comfortable, with the 1.95″ tires and the spring fork working together to do what my rigid gravel bikes can’t – absorb the rough road and gravel shock.

The range is actually modest as well, at least when I’m helping pedal. I’m not saying you’re going to get the 40 miles that the company claims, but the medium power level of the bike and limited top speed of 20 mph means it can’t pull too much power at once, helping that 375 Wh battery last longer.

Instead, consider that full throttle range without pedaling is likely in the 18-ish mile (30 km) ballpark, and pedal assist will stretch it out farther than that.

The battery is lockable and removable for charging either on or off of the bike, and HittRoad even includes a powerful 4A charger (compared to the typical 2A charger that comes with most low-cost e-bikes). That fast charger recharges the battery in around three hours, which is quicker than most e-bikes on the market. If you only use around half of the battery on a ride, a one- to two-hour recharge is possible.

The rest of the parts are of similarly decent quality. Nothing fancy, but pretty darn decent. The LED display on the handlebars is large and easy to read. The brakes work well even if they aren’t branded. The saddle is actually decently comfortable. And you even get an adjustable stem to dial in the handlebar height and angle to fit your body type.

You’ll notice this review is full of words like “modest” and “decent.” I’m used to reviewing electric bikes that cost 2-3x this much, at a minimum. And so I can’t say that the HittRoad Safari works as nicely or is built as well as those e-bikes. But I can say that I’m surprised that it didn’t feel like some other cheap $600 Amazon e-bikes we’ve tried.

I would definitely recommend this e-bike to someone who wanted a full-size electric bike with mountain bike styling. It’s not going to take you off any sweet jumps, but it feels like it will take you through modest trails all day long, and is more than enough to handle an urban commute (though you’ll probably want to add some cheap LED lights first).

For just over $600 when you use the Amazon coupon, there’s some serious bang for your buck here.