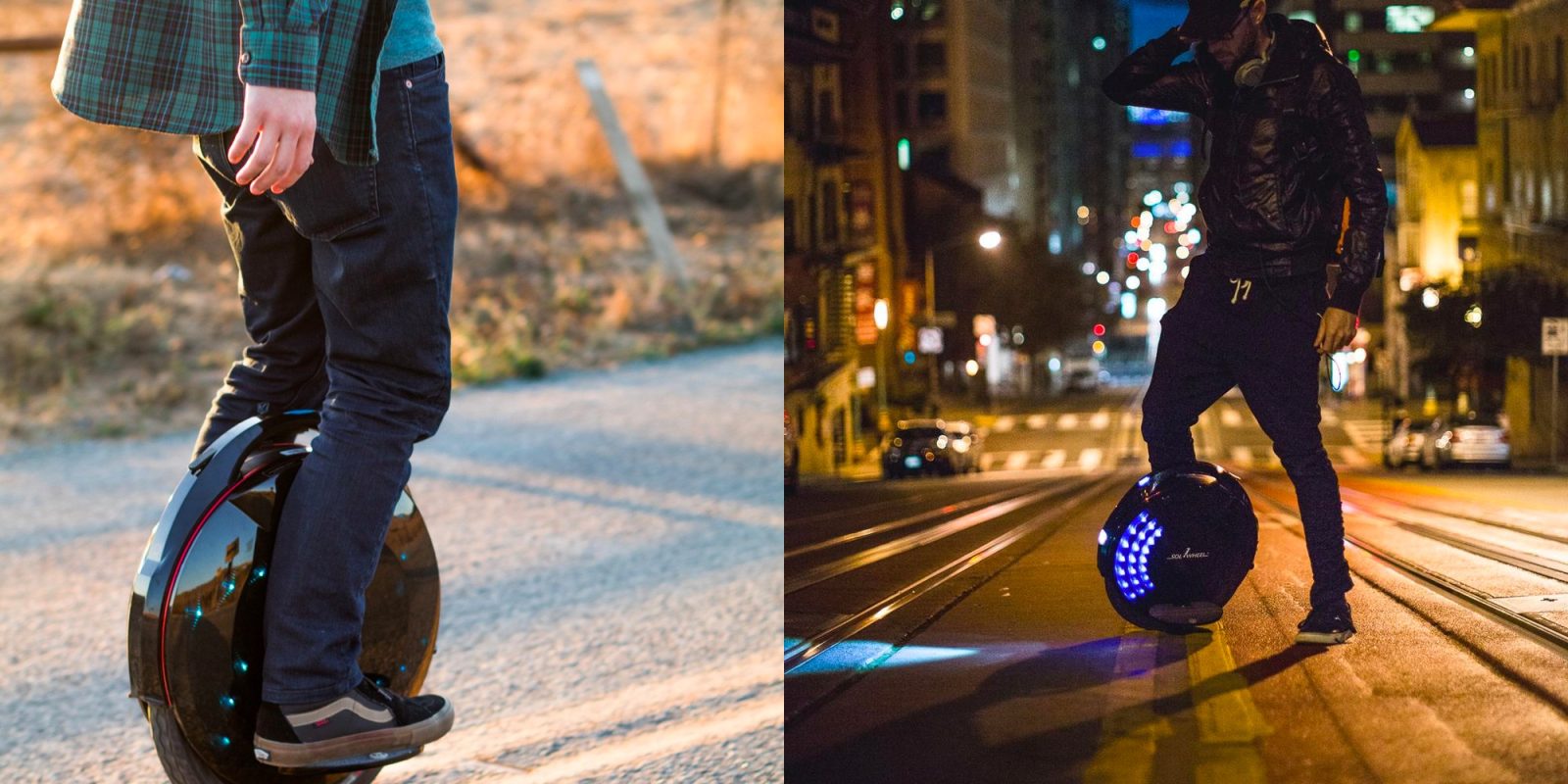 You’ve probably heard a lot about electric bicycles and electric scooters by now. These small personal electric vehicles (PEVs) are often touted as last mile vehicles that can help commuters travel short distances between home or work to other mass transit hubs, or as complete commuting alternatives in cities.

But one PEV you might not have heard about yet are electric unicycles. These odd-looking little EVs consist of just a single wheel that a rider straddles. They self balance like a Segway or hoverboard, but are much more narrow and nimble. Though they look like a toy, electric unicycles might be a more serious transportation alternative than many people think. Read on to learn why.

Until a few weeks ago, I had never tried riding an electric unicycle.

I’d seen them around and they looked like a lot of fun, but I had mostly dismissed them as a toy. Something like the hoverboard-mania of a few years ago, I just assumed these things were the next new yo-yo.

That was until I went to Interbike this year, the largest US bicycle trade show. There, amongst a sea of electric bicycles, I saw a California company called InMotion showing off their new V10 electric unicycle.

This electric unicycle is rated for 2 kW of power and has a top speed of 25 mph (40 km/h). That’s better than most electric bicycles! Plus, InMotion showed off some crazy videos of the V10 electric unicycle navigating mountain bike trails, hopping over boulders and jumping off ramps. I figured if they could do all that, then electric unicycles could probably handle a boring ol’ commute to work.

That’s when I got in touch with InMotion to find a way to get myself on one of these things. I was gung-ho to try out that crazy 2,000 watt V10 electric unicycle. But as enthusiastic as I was, Rose from InMotion advised me that if I’ve never ridden one before, I might want to learn on something a bit more… manageable.

So fast forward to two weeks ago, when I received the InMotion Glide 3 electric unicycle. The Glide 3 is still awesome, but has a bit more reasonable 800 W motor and 19 mph top speed.

Learning to ride an electric unicycle

I had never ridden one of these before, so I took it to a turf soccer field for some trial and (mostly) error. I figured with the soft turf, any spills weren’t likely to injure me or the unicycle.

When I first stepped on the electric unicycle, I rolled for about 18 inches and promptly fell off. This was going to be a bit harder than I thought.

However, I stuck with it and after about 30 minutes of getting back up on the horse, I could ride for a solid 45 seconds or so. I figured that was pretty good progress for one day, but I certainly wasn’t an expert yet. Despite being able to mostly stay on the wheel, I couldn’t really control my direction, and was mostly just going wherever the thing took me. I was also fighting to keep my balance the entire time, with my arms flailing in an embarrassing display. But hey, it was progress. 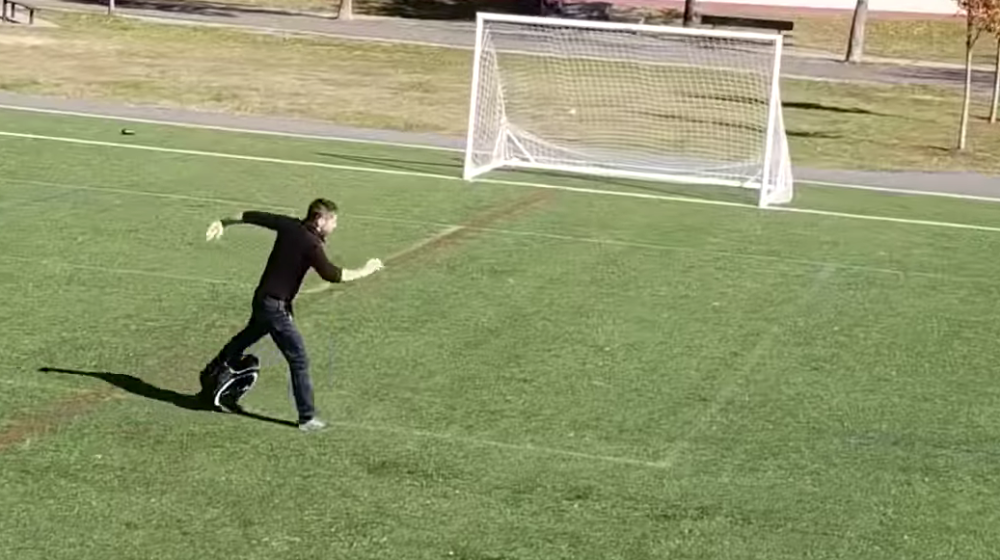 There’s a bit of a learning curve, and I’m not the most athletic. But I stuck with it!

For my second session, I moved to a walking path in the local park. I found that this was the key to learning how to ride properly. Once I moved to a trail with defined edges, I couldn’t just let the unicycle take me wherever it wanted to go – I had to be in control. And once I started looking down the path, I found that the unicycle suddenly followed my gaze. And that was the secret!

Once I looked forward and toward the horizon, my brain somehow figured out how to get in sync with my body and the wheel, and the two just followed wherever I looked. Suddenly I was riding the electric unicycle for 5 or 10 minutes at a time, basically as long as I pleased.

As you can see in my review video below, despite still not being an expert, I can even look off in different directions now while riding. And that’s with only 80-90 minutes of riding time under my belt when I made that video.

What’s the point of an electric unicycle?

So now here’s the rub. Why would somebody want one of these?

First of all, electric unicycles obviously aren’t for everybody. You have to be a bit adventurous and open to trying something new (and something weird). Having a commute that doesn’t include an on ramp is also a plus.

Basically, this is a great little EV for cities and suburbs where you can ride in either the bike lane or on the sidewalk. While I see people slicing and dicing with cars on the road, that just seems crazy to me.

For me, I can easily ride the mile or so to my local coffee shop, grab my morning coffee and be on my way. I can even drink it while riding – not something I can do easily on my electric scooters or e-bikes. In fact, the ability to have two hands free while riding an electric unicycle is a big plus. When I pickup pizza to go, I always used to take my electric skateboard. But now I have a new two-hands-free EV that I can carry things while riding.

For shopping, I can buy as many groceries as will fit in my backpack, or carry a couple of canvas bags as well. The InMotion Glide 3 even has an extendable handle that allows you to roll the unicycle around with you while doing your shopping. You can then prop it up against anything, like a wall or the cash register counter while paying. For anyone who has a short city commute to work, an electric unicycle can get you there quickly and then head right inside with you. No more messing with a bike lock or worrying that your ride will get stolen.

For students on campus, these would be the perfect way to get to class. I remember having 10 minutes between classes to rush a half mile from one side of campus to the other. If I timed it right, I could catch a city bus. If not, I was running. But with an electric unicycle, I could stash the thing under my desk and be ready to roll right away.

Even though people will be quick to dismiss them (here’s a fun game, spot the anti-unicycle trolls in the comments below), there are actually a number of great use cases. Plus, these things are just fun to ride. People ride electric bicycles for recreation all the time – why can’t electric unicycles be used for the same thing?

What do you think? Let us know in the comments. And check out my video below with tips for learning to ride an electric unicycle.

And if you really want a laugh, here’s a video showing my first learning session, which wasn’t pretty.