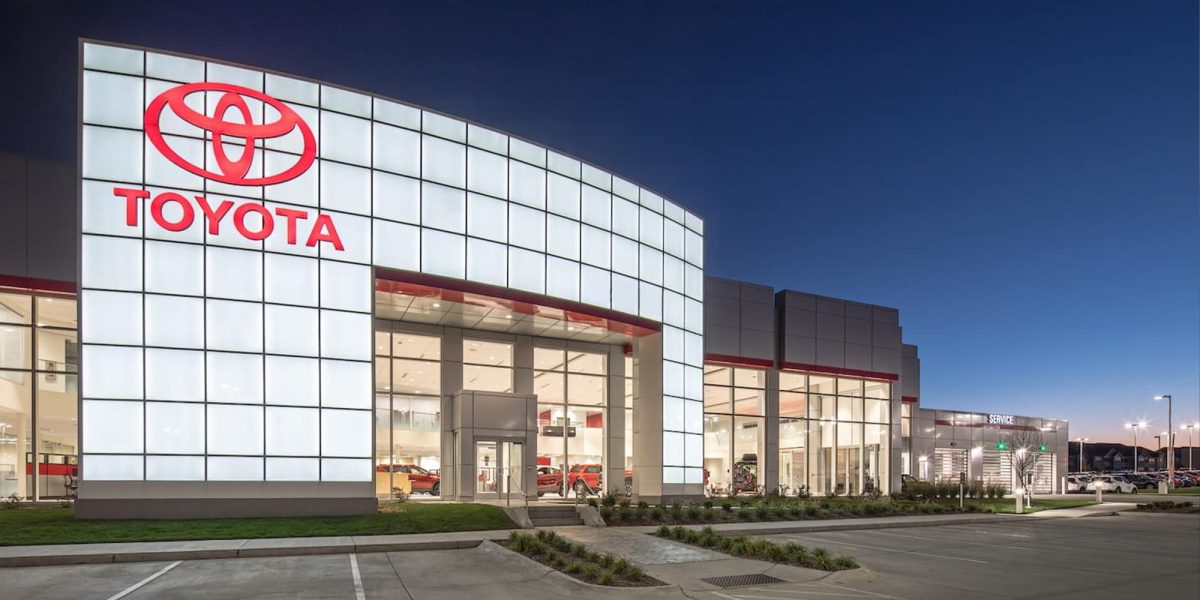 Toyota currently sits as the world’s top selling automaker, having sold 10.5 million vehicles in 2021, despite taking a bafflingly slow approach to BEV innovation. Contrary to well-documented attempts by the Japanese automaker to inhibit EV adoption, it has recently come around to the idea that electric vehicles might be the future of transportation.

In fact, Toyota has teased its own future that includes a BEV pickup and an electric lineup from its Lexus sub-brand. However the bZ4X will be Toyota’s first BEV to arrive – but not its first-ever. Toyota previously took a crack an all-electric RAV4, twice to be exact, but sold less than 4,000 in the United States, mostly in California. It was discontinued in 2014.

You’re probably familiar with the Prius, which as a hybrid, makes Toyota executive’s mouths water. The combustion hybrid has since seen a PHEV version called the Prius Prime as well as a Prime version of the RAV4 – both of which currently qualify for federal tax credits.

Such success in sales comes at a cost however, as Toyota recently shared that it expects to no longer qualify for federal tax credits in the United States, despite not selling a single BEV – okay, the 2012–2014 RAV 4 EV still qualifies for the full $7,500 if you can find one.

Toyota federal tax credits will starting winding down this fall

In a report from the Associated Press, Toyota’s head of North American sales, Bob Carter, said the company expects to surpass the 200,000 vehicle limit on tax credits before the end of June. Contrary to competitors who have also passed the 200k EV threshold, Toyota has reached this number by essentially selling PHEVs only, not 100% battery electric models like Tesla and GM.

In terms of zero emission range, PHEVs pale in comparison to BEVs but still qualify for some level of federal tax credits, although it’s generally less. For example, the Toyota RAV4 Prime PHEV offers 42 miles of electric range and qualifies for the full $7,500 tax credit (pending an individual’s annual income). The Prius Prime PHEV on the other hand, offers a lowly 25 miles of electric range, but still qualifies for up to $4,502 in tax credits for US consumers.

If Toyota does in fact reach the 200,000 vehicle limit by the end of June, the phase-out would gradually occur over the course of a year. The credits initially continue at full value until the second quarter after the 200k threshold is reached, then half value for six months, followed by one-quarter value for an additional six months. Here’s a rough timeline of the phase-out should Toyota’s June 2022 estimate be correct:

As you can see, Toyota will soon be on borrowed time with the IRS, but consumers will still be able to take advantage of at least some form of tax credits deep into 2023. While the automaker is promising 30 new EVs between its Toyota and Lexus brands by 2030, it will likely only be buyers of the PHEVs mentioned above as well as early customers of the bZ4X that will have any chance at a federal tax credit in the next two annual filings.

Legislation could change by then too. Last December, the Biden administration tried to expedite a revised tax credit for EVs as part of the Build Back Better bill that included an expansion of the 200k vehicle limit and a tax credit raised to $12,500 per EV if built in the United States by union labor. However, Senate Democrats fell one vote short.

A tough part of that bill was the additional credits for union labor, a condition Toyota openly lobbied against, calling it “unfair.” Regardless, the bill and its proposed credits sit in purgatory on the hill.

Meanwhile, Toyota will continue to shill its PHEVs until the well runs dry for consumers, so take advantage while you still can. Better yet, buy a BEV – there’s a whole bunch of them coming out that will qualify for the full $7,500.