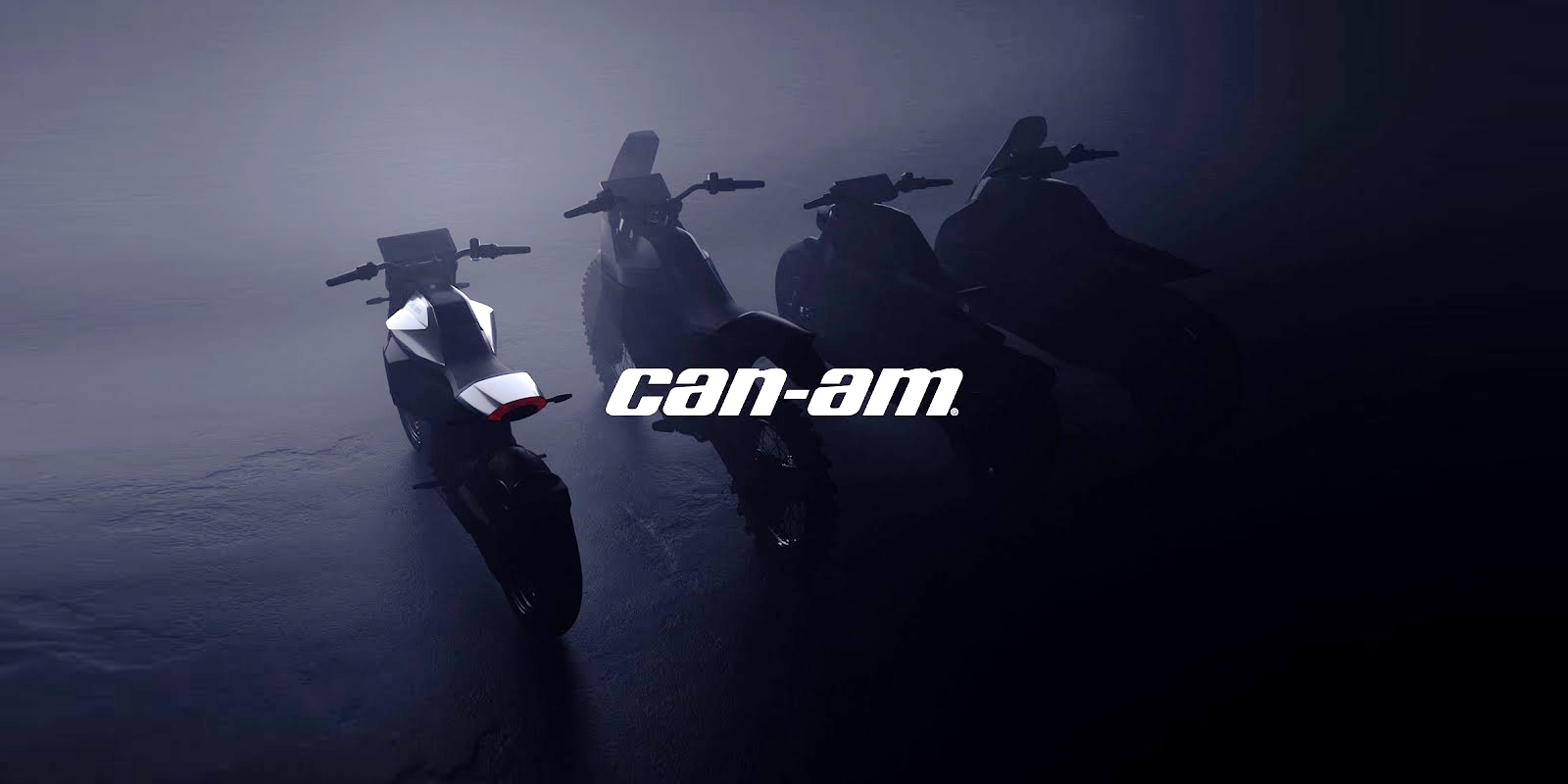 BRP, the parent company of the historic Can-Am brand, has just announced that the legacy motorcycle brand is returning to its roots with a new twist, coming back with two all-electric motorcycles.

To mark the brand’s 50-year anniversary, Can-Am will launch a new family that starts with two electric motorcycles.

Can-Am fans may remember that the brand started with a bang all the way back in 1973, building a series of high-performance dirt bikes.

The bikes and their riders clinched championships left and right, though the Can-Am ended motorcycle production in the 1980s.

An early 2000s revival saw ATVs produced by Can-Am as well as other specialty vehicles like the three-wheeled Can-Am Spyder (of which BRP previously produced an electric concept version), but the upcoming electric motorcycles are sure to be a much more fitting reunion for the brand and its two-wheeled origins.

The 53-second video clip below, released by the company today, gives a quick glimpse of where Can-Am started and where the brand is now headed with its electric future.

As president and CEO of BRP José Boisjoli explained in a statement provided to Electrek:

With the motorcycle industry shifting to electric, we saw an opportunity to reclaim our motorcycle heritage and to re-enter the market. This new product category is extremely important to us, and we are thrilled that Can-Am motorcycles are the first EV models in BRP’s electric lineup to be confirmed to consumers. Many of us have very fond memories of riding the early dirt bike models, and now we look forward to building on the rich history of the Can-Am brand to inspire and impress a new generation of motorcyclists and electric vehicle enthusiasts.

Can-Am hasn’t released any detailed information about the upcoming electric motorcycles, only saying that “riders can expect these new state-of-the-art electric Can-Am motorcycles to be perfect for everyday commuting and, to stay true to the track & trail heritage of the brand, recreational on- and off-road riding.”

The quick cuts of renderings in the teaser video show what appears to be a naked street bike, somewhat akin to those produced by Zero Motorcycles.

Unlike Zero though, we can see a single-sided rear swingarm setup, a huge tablet-size display, and what appears to be a single-seater saddle.

The street bike could end up being a smaller format electric motorcycle, which would join an already growing trend in North America.

We didn’t get to see any close-up shots of the company’s upcoming off-road electric motorcycle, but playing with the lighting on the teaser image helps reveal a few more clues regarding the electric dirt bike.

We also get a better look at the next two models in the lineup that are even further shrouded in darkness.

It’s hard to say if this announcement from Can-Am comes as a complete surprise. After all, BRP did scoop up the remaining assets and IP from Alta after the famous electric dirt bike company went under in late 2018.

And BRP has also already committed to electrification of the brand’s various vehicles from motorcycles to jet skis and snowmobiles, even showing off early prototype examples.

For those excited for the chance to finally throw their leg over an electric Can-Am, you’ll have to hold your horses a bit longer. The company expects the new electric motorcycles to be available around mid-2024.