BRP, a longtime leader in the power sports industry, has just unveiled a suite of new electric vehicle concepts. The impressive range of products includes everything from electric motorcycles and bikes to electric go karts and even an electric jet ski.

The highlight of the show was the impressive spread of electric vehicles that BRP rolled out to the public.

In total, the Quebec-based company showed off six different concepts covering a variety of land- and sea-based power sports categories.

The designs aren’t ready for production though, mind you. These are all concept vehicles that BRP hopes to use to gauge the market.

BRP has been working for some time on how to create e-vehicles to bring new experiences to potential and existing riders. As we’ve said, it was never a question of ‘if’, but ‘when.’ We are truly excited about electric and see it as a potential opportunity for our business. We continue to constantly innovate, and e-vehicles are no exception. Our talented team from around the world is working on new ideas, and we’re eager to hear the consumer’s reaction. For the moment, these are preliminary concepts as we are currently evaluating market viability.

The Sea-Doo GTI is BRP’s personal electric watercraft concept. BRP’s existing gas-powered Sea-Doo line is already quite successful, but an electric version could help it compete with the small yet growing number of competitors in the electric jet ski market. 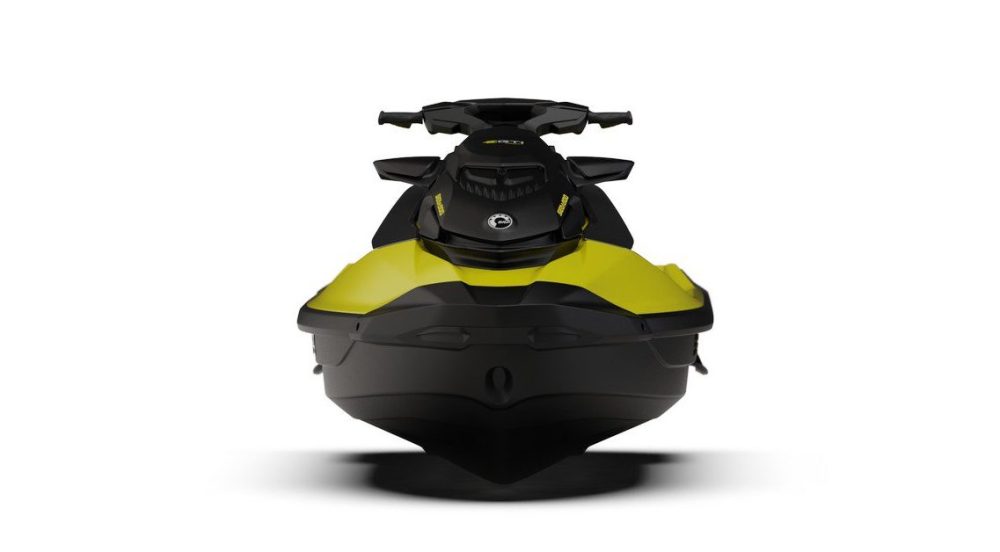 The Ryker EV concept is an electrified version of BRP’s existing Can-Am Ryker, a tadpole-style three-wheeled motorbike. The Ryker EV shares much of its design with the gas-powered version, but it does come with new aerodynamic wheels and lacks the large front air intake of its gas-burning brother.

BRP is famous for its three-wheelers, and the eCOM and TWeLVE electric concepts delivered on the brand’s three-wheeling reputation. The eCOM is a two-seater that is being positioned as an urban-oriented transportation alternative to cars. The TWeLVE is a bit sportier and features a leaning front end to allow the trike to ride more like a bike.

Bringing up the rear are the CT1 and CT2, which are essentially electric scooter and electric motorcycle-level concepts.

Unfortunately we haven’t heard any hard specs from BRP yet on either model, but we do hope to update with more info on each. 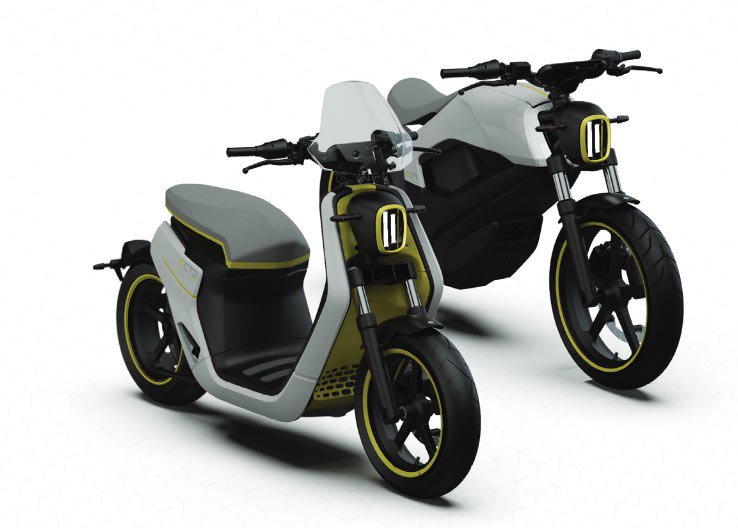 Hmmm, could this be what BRP had in mind when they bought up the burning ashes of Alta’s remains?

If so, I can’t say I’m disappointed. Sure, I’ll miss Alta, but if the company’s tech went into helping develop this host of new EV concepts, then I’m happy to see their hard work living on in new vehicles.

If you know anything about me, then you’ll probably already know that the CT1 and CT2 are my favorites of the bunch. That electric go-kart is pretty awesome, too, though. And yes, I definitely want to take that electric Sea-Doo for a ride. After getting my feet (and body) wet with an electric hydrofoil board, I’m all about electric watersports. It’s so much fun cruising the water while hearing nothing but the waves against your hull. The last place I want engine noise is on a scenic water excursion.

Check out my test ride of an electric hydrofoil board!

So as much fun as these new electric road vehicles look, that electric jet ski could be the biggest game changer of them all.

Now I’m just wondering when will BRP come out with an electric snowmobile. We’ve seen others before, now let’s see one from BRP!

What do you think of BRP’s new range of concept EVs? Let us know in the comments below.