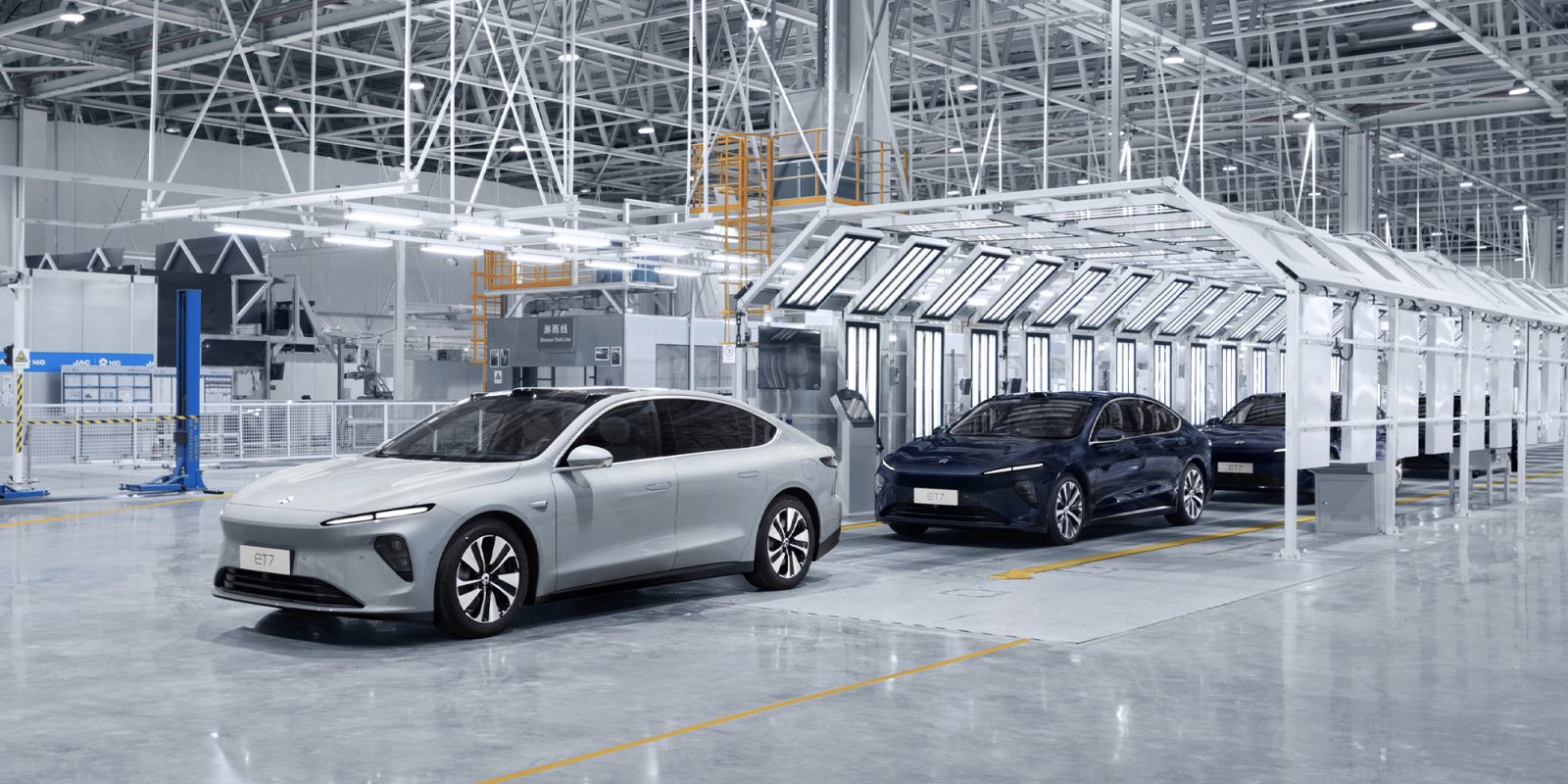 NIO moves ever-closer to delivering its ET7 luxury sedan. The company announced the first batch of EVs has officially rolled off its assembly line in Hefei, China. ET7 deliveries remain on schedule to arrive to NIO reservation holders in China beginning March 28.

NIO ($NIO) is a publicly-traded EV automaker founded in China in 2014. Since then, it has quickly established itself as one of the leading electrified brands, beginning with its ES8, ES6, and EC6 SUVs.

During its “NIO Day” presentation in January of 2021, the automaker unveiled the ET7, its flagship electric sedan. By May, NIO had announced plans to expand to markets outside of China, beginning in Norway. Germany was soon announced as the next country to receive NIO EVs, and the first outside of China to see ET7 deliveries.

A few weeks ago, we shared news that NIO had begun offering test drives of the ET7 in China, starting with 300 rides a day before expanding to about 1,000. These rides first began at the NIO House at the NIO-JAC manufacturing base in Hefei, Anhui province, where the ET7s are being built.

At the time, deliveries were slotted to begin on March 28 and, according to NIO’s latest status update, that timeline remains on track despite COVID-19 lockdowns in the country.

NIO remains on track for ET7 deliveries next week.

In a recent post to its official Weibo page, NIO shared an image of the first batch of ET7 sedans rolling off its assembly line in Hefei.

NIO continues to tout the 1,000 km (621 miles) cruising range of the ET7, garnered from its 150 kWh battery pack. However, when we configure our own model through NIO’s WeChat, only the 100 kWh battery is available, offering 675 km (419 miles) range. Both ranges are impressive, although they are not EPA certified.

Either way, the ET7 will be the first to arrive on NIO’s NT2.0 platform and is certain to turn some heads – at least in China to start. German orders are supposed to commence later this year ahead of deliveries in Q4. Whether other European countries will also see deliveries of the new sedan remains to be seen.

NIO has already shared plans for a second sedan called the ET5 – a smaller version of the ET7 unveiled during NIO Day 2021 this past December. The ET5 began the validation prototype phase in January and should follow its sedan sibling into the Chinese and EU markets in 2022.