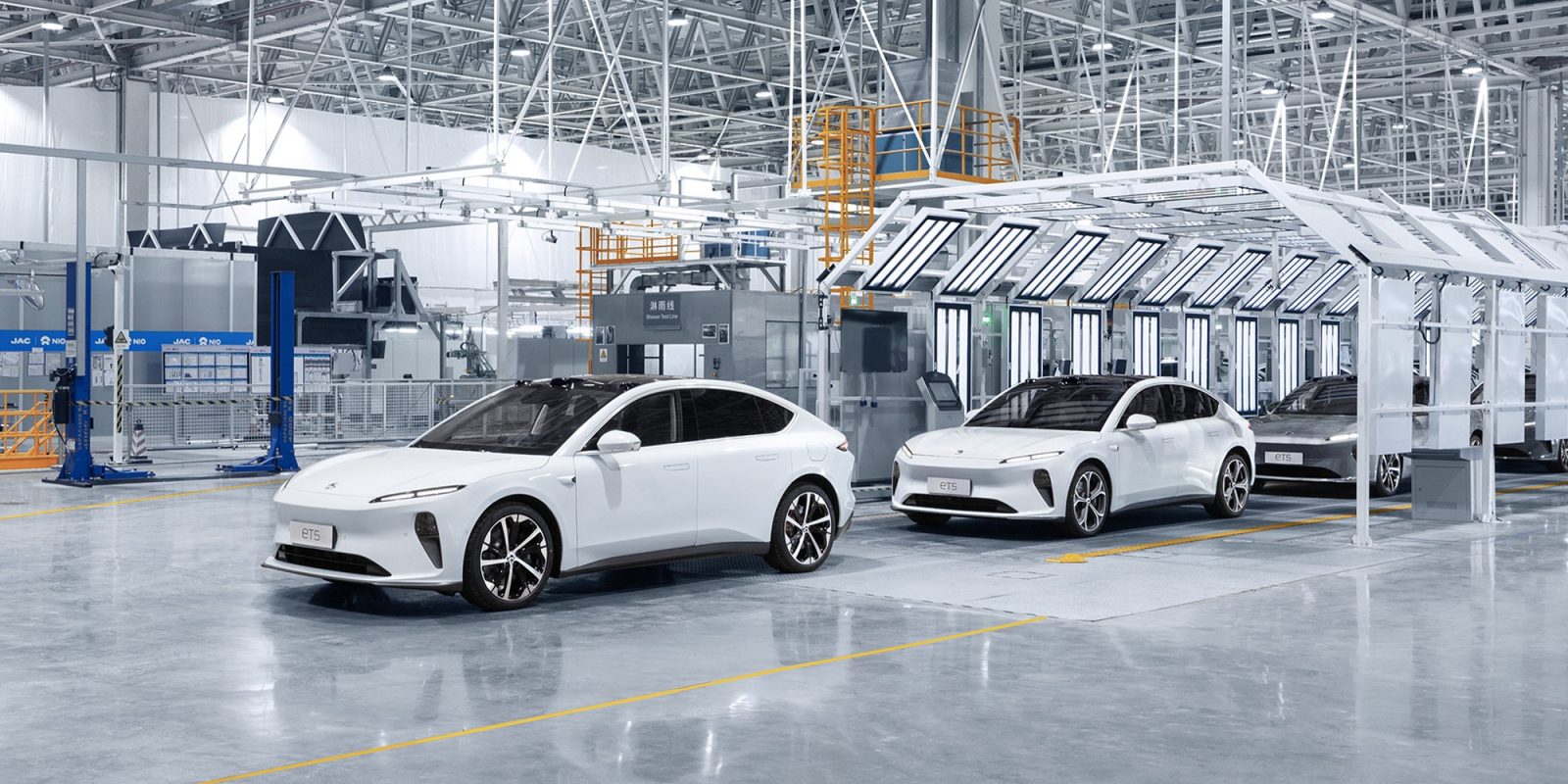 Chinese EV automaker NIO, recently shared images of production line verification prototypes of its upcoming ET5 sedan that recently rolled out at its facility in Hefei. The ET5 will arrive this fall beginning in China, although it should eventually see other markets as well. One of those markets could be Denmark, which sits as one of several new countries NIO intends to sell its EVs in, beginning in 2022.

The ET5 EV is the second sedan from NIO, following the ET7, which just opened for Chinese orders in January. The ET5 was officially unveiled this past December during the automaker’s annual NIO Day event.

In addition to unveiling the ET5 and its specs on NIO Day, the automaker shared news for global expansion. NIO first entered the European market in 2021 beginning in Norway with its ES8 SUV. It later shared news that it would also be entering the German market, and both countries will eventually see the ET7 when it begins deliveries.

Furthermore, NIO shared plans to enter 25 countries and regions by 2025, revealing additional intentions to sell EVs in The Netherlands, Sweden, and Denmark in 2022.

With its latest update, NIO is on track with ET5 production and is preparing to allow for sales in Denmark later this year.

NIO shared news on its ET5 production progress via its Weibo page, alongside two images of the EVs on their assembly line. According to the Chinese automaker, ET5 production is, “progressing in an orderly manner.”

Right now, we know that the NIO ET5 is scheduled to deliver to customers in China in September, but delivery to European markets remains less clear at this time. With the ET7 confirmed for Norway and Germany, it would make sense for the smaller, more affordable ET5 to follow suit, but that has not been confirmed yet.

Speaking of European markets, NIO will soon be selling its EVs in Denmark, whether it includes the ET5 or not. According to a recent news release from De Danske Bilimportører, aka The Danish Car Importers Association, NIO has officially become a member. The Association represents all automakers whose vehicles and their respective technologies are procured in Denmark.

NIO’s new entry as a member is further evidence of its expansion into the Danish market later this year. Which EV models arrive in Denmark, Sweden, and The Netherlands has not yet been revealed by NIO, but the automaker is taking the necessary steps to fulfill its expansion goals throughout Europe.