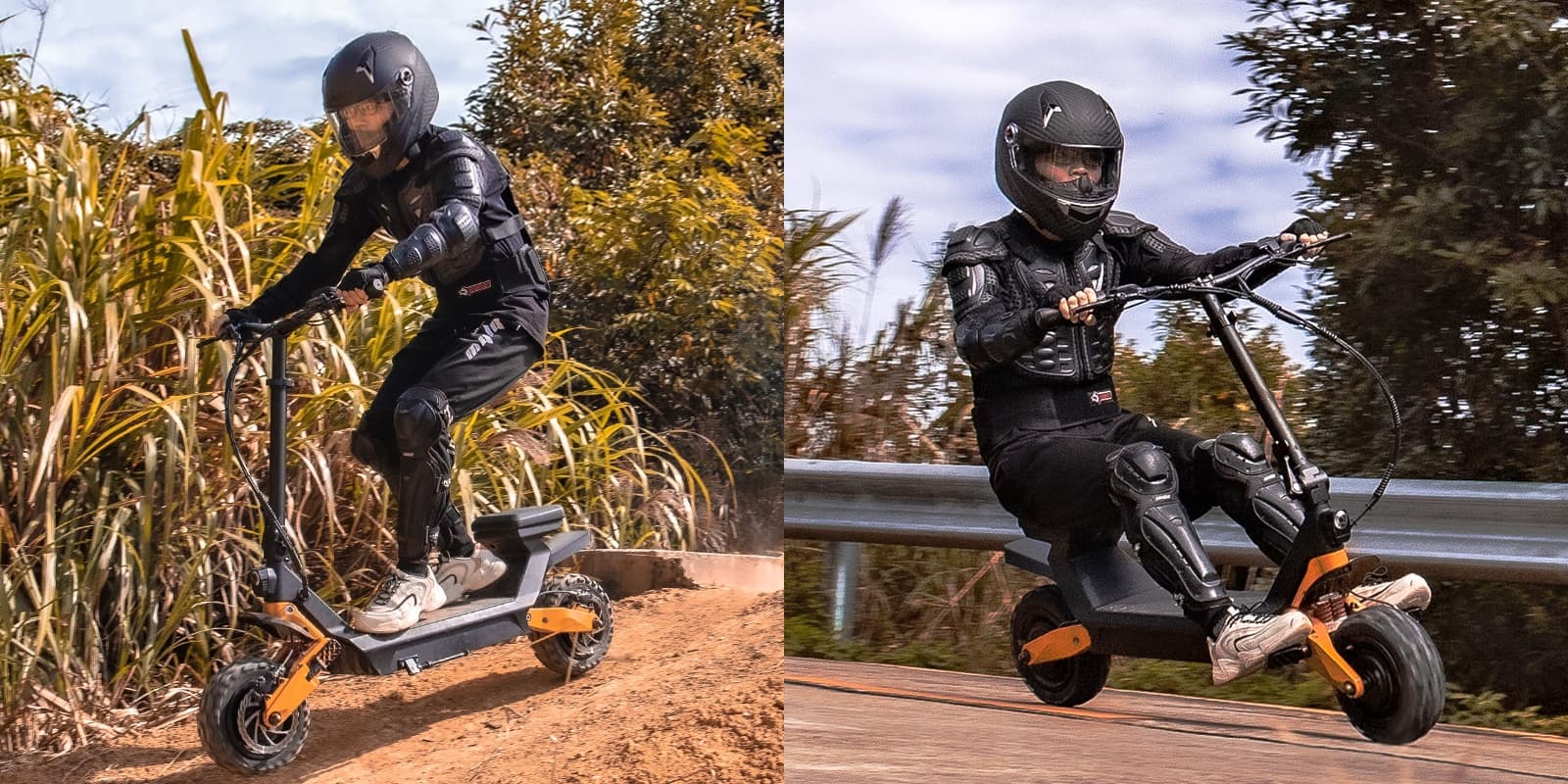 The Fiido Beast is preparing for its big unveiling, where it will be one of the first of its kind electric scooters. In addition to dual motors, dual suspension, and a giant battery, this electric scooter packs another big surprise: You can sit down on it and ride it like a two-wheeled go-kart.

Fiido is no stranger to oddly proportioned electric scooters. And to be fair, the company has also produced more normal-ish electric bikes.

At first glance, the Fiido Beast looks like your typical overly powerful standing electric scooter. It features dual motors with a combined output of 1,300 watts of power to reach a top speed of 50 km/h (31 mph).

The giant battery is removable, just in case you wanted to charge it off the scooter or extend your riding time by popping in a spare battery. There’s even a keyless security system to punch in a code and release the battery.

But the real kicker here is the funny little seat on the back and the fold-out foot pegs on the front swingarm suspension.

Once you drop the bars and pop a squat, you’re basically sitting on a two-wheeled electric go-kart.

The 37 kg (82 lb.) contraption sports 11-inch off-road tires for all-terrain fun, plus you’ve got dual-wheel disc brakes to bring the party to a stop quickly, should the need arise.

I mean, now you kind of have to watch the launch video below to see just how ridiculous/awesome this thing is.

It’s not quite clear how much the Fiido Beast will sell for when it goes live on Indiegogo in a few days. For now though, the company appears to be offering a nearly 40% discount for early bird reservations.

That falls in line with similar Indiegogo launches we’ve seen from Fiido in the past.

We generally don’t cover crowdfunding campaigns here at Electrek unless the company either lets us see a product in advance so we can test it ourselves, or the company is a known entity with a good track record of delivering products already.

In this case, not only will we be getting our hands on a Fiido Beast to review, but we’ve tested several of Fiido’s e-bikes in the past and have always found them to be good-quality, value-oriented products.

I’m not quite sure what it will feel like to do more than 30 mph on a glorified step stool, but I’m excited to find out!