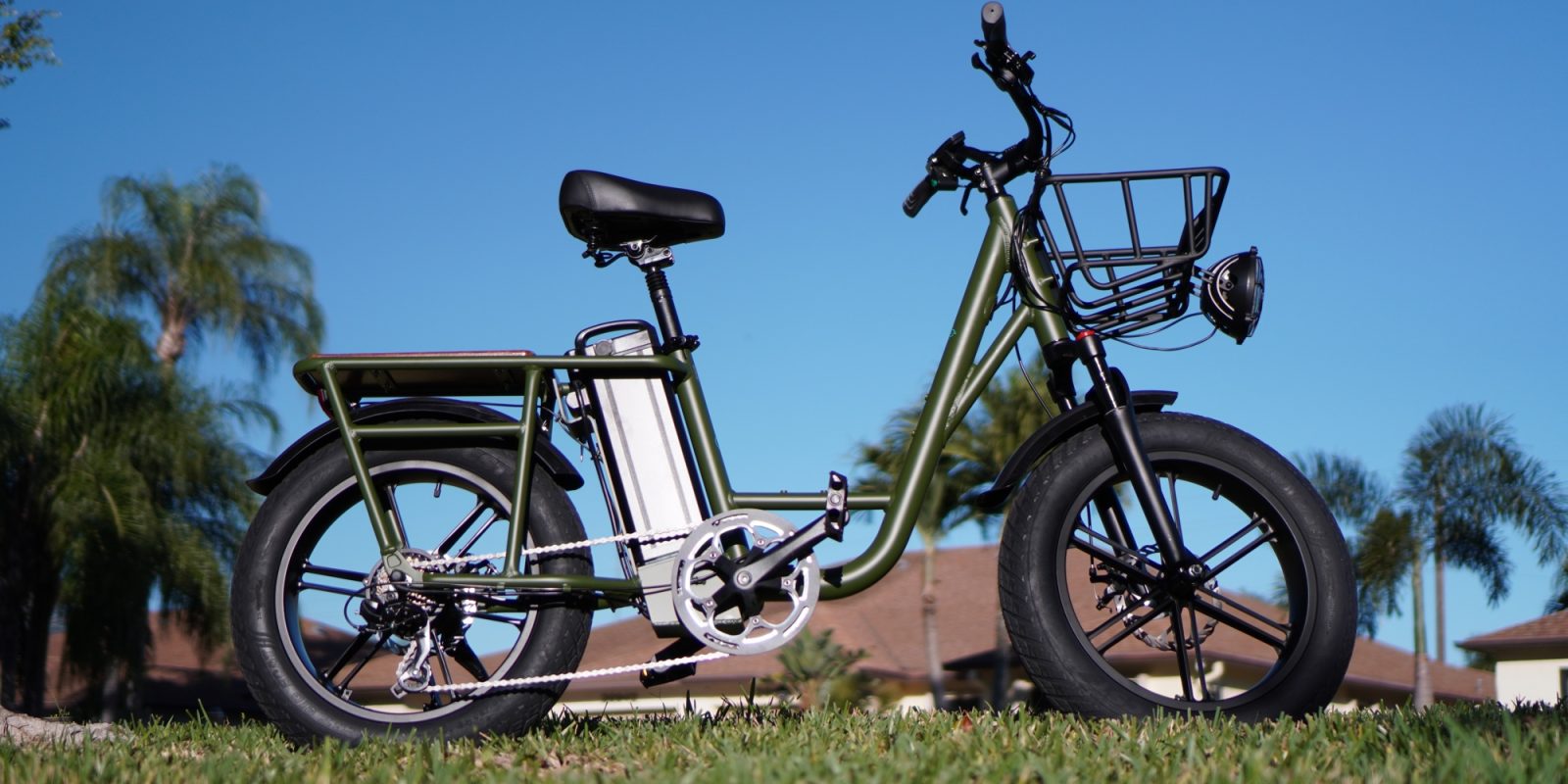 The Fiido T1 may not be the most revolutionary electric bike out there, but it still manages to stuff itself full of value, making it an interesting addition to the electric utility bike market.

I say that it’s not terribly revolutionary because you don’t have to look far to discover what bike it appears to be based on: the RadRunner from Rad Power Bikes.

But while it ostensibly shares a very similar frame – one that we didn’t really see on the market until Rad introduced it a couple years ago – the Fiido T1 isn’t a direct clone or even a copycat knockoff.

Those exist, and plenty of players in the market try to just knock off popular e-bikes by producing 1:1 clones.

Instead, Fiido actually added a number of features and components that increase the bike’s utility.

You’ll see what I mean if you check out my video review below. Or keep reading below the video to get the full thoughts in my extended review.

There are a number of key components that I really like about the Fiido.

Those mag wheels don’t just look nice, they also mean you’ll never have to worry about spokes loosening up over time or breaking.

The giant headlight mounted on the included front rack gives you tons of visibility up front and extra storage capacity. I also really like that they don’t charge extra for the front rack. A front basket is usually at least $50 extra from most companies as an added accessory, and sometimes even more. And while I’m mentioning included accessories, I love that fenders come standard too. Lights, fenders, and baskets as standard equipment… these guys know the way to my heart by not nickel-and-diming me on every extra component.

The 750W motor is plenty powerful and takes me up to speeds of 40 km/h (25 mph) on throttle only, though I haven’t been able to hit the promised 50 km/h (30 mph). If there’s some secret unlocking mode that takes you past level 3 (the highest available speed mode), then I haven’t figured it out yet, and no one has been able to share it with me. Even so, 25 mph is already a nice bump over the typical 20 mph speeds we see in Class 2 e-bikes.

The hydraulic suspension fork helps to improve the ride, especially when riding off-road.

The big 4-inch-wide tires give you that fat bike feel with lots of cushy rubber and air under you, but don’t have the same bulk or sluggishness of 26-inch fat tires.

They’re also street-oriented tires, so don’t go too nuts in the mud or you’ll be sliding around like a greased pig.

These tires can handle some dirt and grass shortcuts, but they’re optimized for street riding. And that makes sense; this is a utility e-bike after all. It’s meant for running errands over bumpy streets, not launching you off the closest tree root.

The giant 48V and 20Ah battery offers 960 Wh of capacity and tons of range.

You’ll never really get the claimed 150 km (93 miles) of range unless you’re going suuuuuper slow in pedal assist mode, but you’ll definitely get more range than any other e-bike that comes with a typical 48V 14Ah battery. The Fiido T1 offers nearly 50% more battery than those e-bikes, which of course equates to more range.

The battery is removable by unlocking and flipping up the seat, though I found that it often caught on the rail and didn’t release smoothly, even when the key was in the proper unlock setting.

Small issues like those sometimes separate the higher-quality e-bikes from the good-not-great models, but isn’t a really a deal breaker, in my opinion.

You also get a 7-speed derailleur, which gives you plenty of options for dropping down into a low gear, should you need it. Me? I pretty much found myself leaving it in on the smallest cog all the time for higher speed riding. If you’re in a hilly environment though, the taller gears might be nicer for hill climbing.

I’m not a huge fan of cruise control, so the fact that the Fiido T1 offers it doesn’t do a lot for me. I always feel weird when I don’t have sole control over the throttle. I prefer my brain to be the only decision maker. I don’t want to share speed decisions as part of a committee with the Fiido T1’s brain. But of course it just takes a single tap of the brake levers to disengage the cruise control, and I’m sure it would be nice for anyone that has long and straight sections where they don’t want to maintain thumb pressure on the thumb throttle.

The saddle is a bit odd-shaped, but I found it to be plenty comfortable. Between the springs on the saddle and the spring suspension seat, it has a lot of nice give under you.

I also really like the rear rack, and the wooden touch is quite nice. The rack isn’t as tall as the one on the RadRunner, so it would be a bit more awkward for a passenger’s legs (plus there are no foot pegs for a passenger), but it does keep your cargo lower and thus lower your center of gravity. And there is of course no fancy passenger package with a cushy seat available like you can get with the RadRunner.

The disc brakes are just fine. They’re mechanical, so you’ll eventually have to do some cable adjustment as they stretch and break in.

But for the price of $1,599, it’s hard to complain too much and ask for hydraulic disc brakes.

The price is only $100 above the RadRunner and yet you get a lot more, like the included basket/fenders, the 7-speed derailleur, the suspension seat and fork, the larger battery, and the higher speed.

Ironically, despite the RadRunner having a very basic display without a speedometer, I actually prefer it over the Fiido T1’s display here. The Fiido T1’s display is awful; I can barely read it unless I’m in the perfect lighting condition. Usually that means the sun is behind me so I cast a shadow over the display. In direct sunlight, the display is completely washed out and thus often unreadable.

Take a look at the video at the top of this review to see what I mean.

That’s my one major complaint though. The screen is terrible. Everything else (battery latch notwithstanding) is actually pretty good. And the value here speaks for itself when you compare the price and features to the rest of the industry. [Update Feb 28, 2022: Fiido reached out and said they are working on a new update to the screen to improve the contrast and will be sending it out to anyone who owns a T1. Nice!]

The Fiido T1 remains true to the company’s positive reputation so far and is an excellent addition to the utility e-bike market, even if it definitely takes some strong inspiration from the RadRunner.

These are not the Cadillacs of electric bikes (and I’m not even sure that analogy holds true anymore for Cadillac), but they are great options for value-oriented e-bike shoppers that want good performance without breaking the bank.