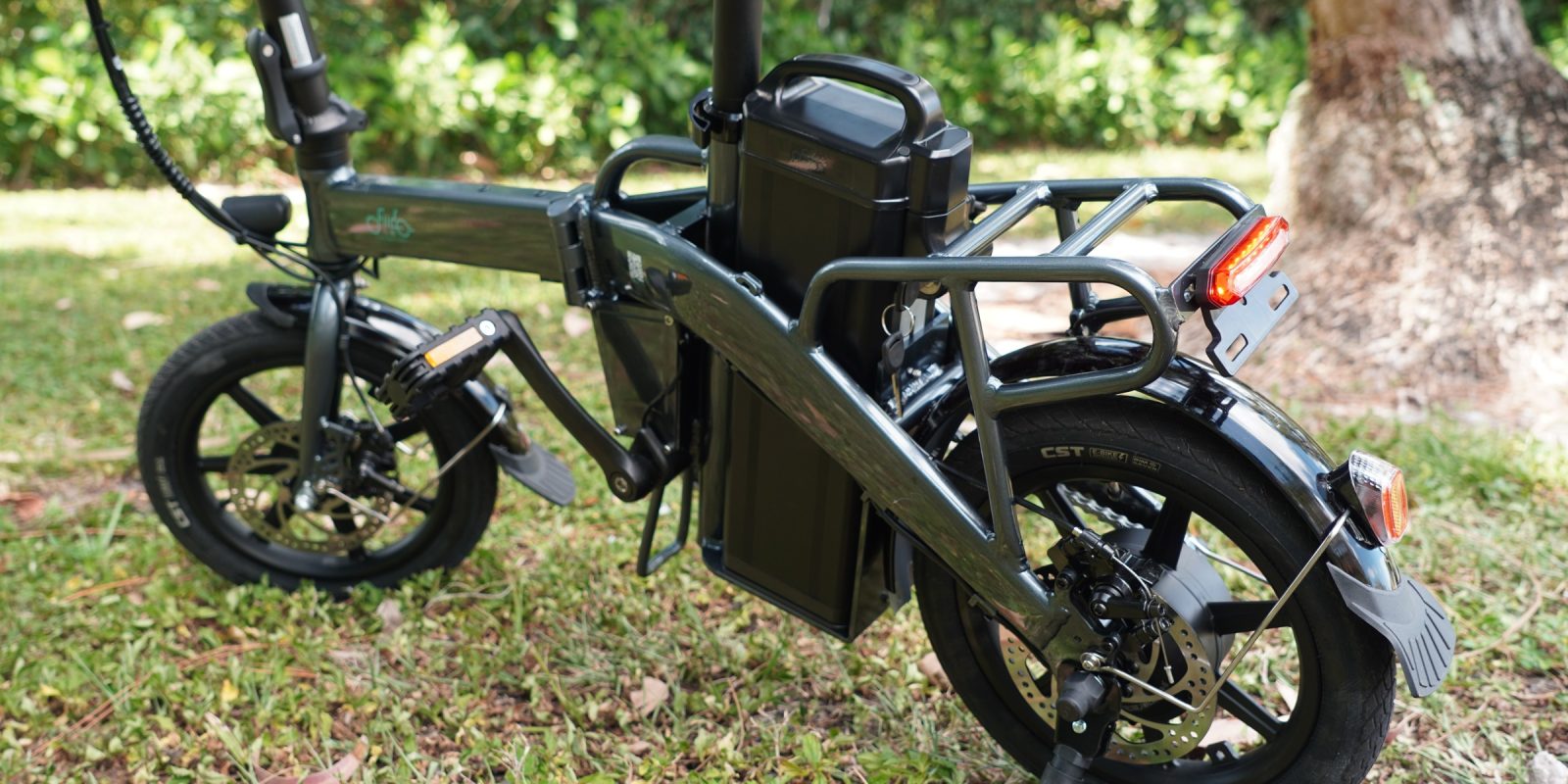 One of my favorite things about Fiido’s electric bikes is that the company has always done things a bit differently. And the Fiido L3 continues that tradition, while bringing along some key upgrades and improvements as well.

Those of you who remember my Fiido L2 review might recall how much I gushed over the little electric bike.

What it lacked in physical size, it made up for in spunk. And utility. And power, surprisingly.

So when Fiido designed and released the new L3, they kept most of what worked well, then upgraded the rest. That means the big battery got bigger, the long range got longer, and the moderate weight got moderately lower.

Check out the new Fiido L3 in my video review to see what this little e-bike with lots of heart can do. Then keep reading for the full details!

So here’s the thing: The Fiido is a small-format e-bike.

First of all, it can likely fit you. It’s got a massive weight rating of 150 kg (330 lb) and the folding nature means it has adjustable handlebars and a very adjustable seat.

You might not get into prime pedaling form, but this isn’t really an e-bike that is meant for pedaling anyway. Sure, you can pedal it. It has pedal assist and there’s a single-speed drivetrain. But once you get above 15 km/h (nearly 10 mph), you have to start pedaling fairly fast.

That’s true of just about any small-wheeled bike. The physics simply mean that you can’t get a high gear ratio without a front chainring the size of a dinner plate. So Fiido did the best they could there, and it’s decently pedalable – but that’s not the point. Because with a throttle and plenty of power, this e-bike is for blasting around like a moped.

I know they say it’s only a 350W motor, but the 48V system is almost certainly over-volting that motor and providing more power than you’re expecting. Plus the small wheels help add to the torque. While I tested this bike in Florida where it’s flatter than a fritter, I rode the Fiido L2 in the Hollywood Hills and that small bike positively ate up those hills. So don’t think that just because it’s listed at 350W that this thing can’t climb. There’s some magic going on in there somewhere (and that magic is almost certainly that it’s putting out far more than the labeled 350 watts).

So the Fiido L3 has power and torque, but it hits a virtual wall right at 15.5 mph, which is the bike’s programmed cut-off speed of 25 km/h. You blast up to it and then suddenly the power disappears. It’s a bummer, but what can you do? These Asian e-bikes often come with 25 km/h speed limits because those are the regulations in most of the world. I’d love to see them make a US version that hits 20 mph (32 km/h) to take full advantage of US e-bike laws, but we may be waiting a while for that one.

But the real belle of the ball here isn’t the motor or the power, it’s the battery. This thing has a hilariously large battery measuring in at 48V and 23Ah. That’s 1,104 Wh of capacity, or nearly twice the average capacity of an electric bike. The Fiido L3 somehow looks like half an average bike but packs in twice the battery. It’s basically a giant battery on wheels.

And the kicker is that Fiido didn’t even use the biggest battery cells they could have. They used 2.9Ah cells, and if they had used the largest 3.5Ah 18650 cells (did I mention I’m a battery nerd?) then they could have maxed this puppy out at a whopping 1,328 Wh. Maybe they held that back for the L4!

Either way, the 1.1 kWh battery is huge. Fiido says they tested a 75 kg (165 lb) rider and found that 200 km (121 miles) of range was achievable. Elsewhere on the site they claim a max range of 250 km (155 miles). Maybe that’s with a kindergarten child riding it, I’m not sure. Either way, the point is that you’ll basically never run out of charge on a ride. In fact, you could probably charge the battery once a week and still never get close to running out of charge.

This is a city e-bike after all. You likely aren’t going to be exploring the countryside on a Fiido L3. And so this is way more range than most people need, but it’s still awesome that it exists.

Moving on, the rest of the bike is all acceptable, nothing fancy. The rear bench on the L2 has been replaced by a rack on the L3.

That’s either an upgrade or a downgrade depending on what you did with it. If you carry a child back there, it’s a bummer. If you carry cargo, the rack is a better option. And you can always add a seat on top of the rack.

The brakes are punchy, though mine had a slightly untrue rotor in the front giving me a small pulsing in the brakes. Not terrible, but not great either.

Oh, and a nice comfy spring seat that is wide enough to feel more like a reasonable chair than a bike saddle.

For a price of $999, the bike feels like a deal to me. A lot of people will compare it to something like the $999 Lectric XP 2.0 e-bike and say you get more bike for the money that way. But while bikes like those go faster, they have less than half of the battery, so there are of course trade-offs.

To me, the Fiido L3 is the ultimate tiny folding e-bike that still fits larger riders (even if they look a bit funny). It’s got the power, the weight capacity, and the range to make it a great urban e-bike.

Just steer clear of those potholes!