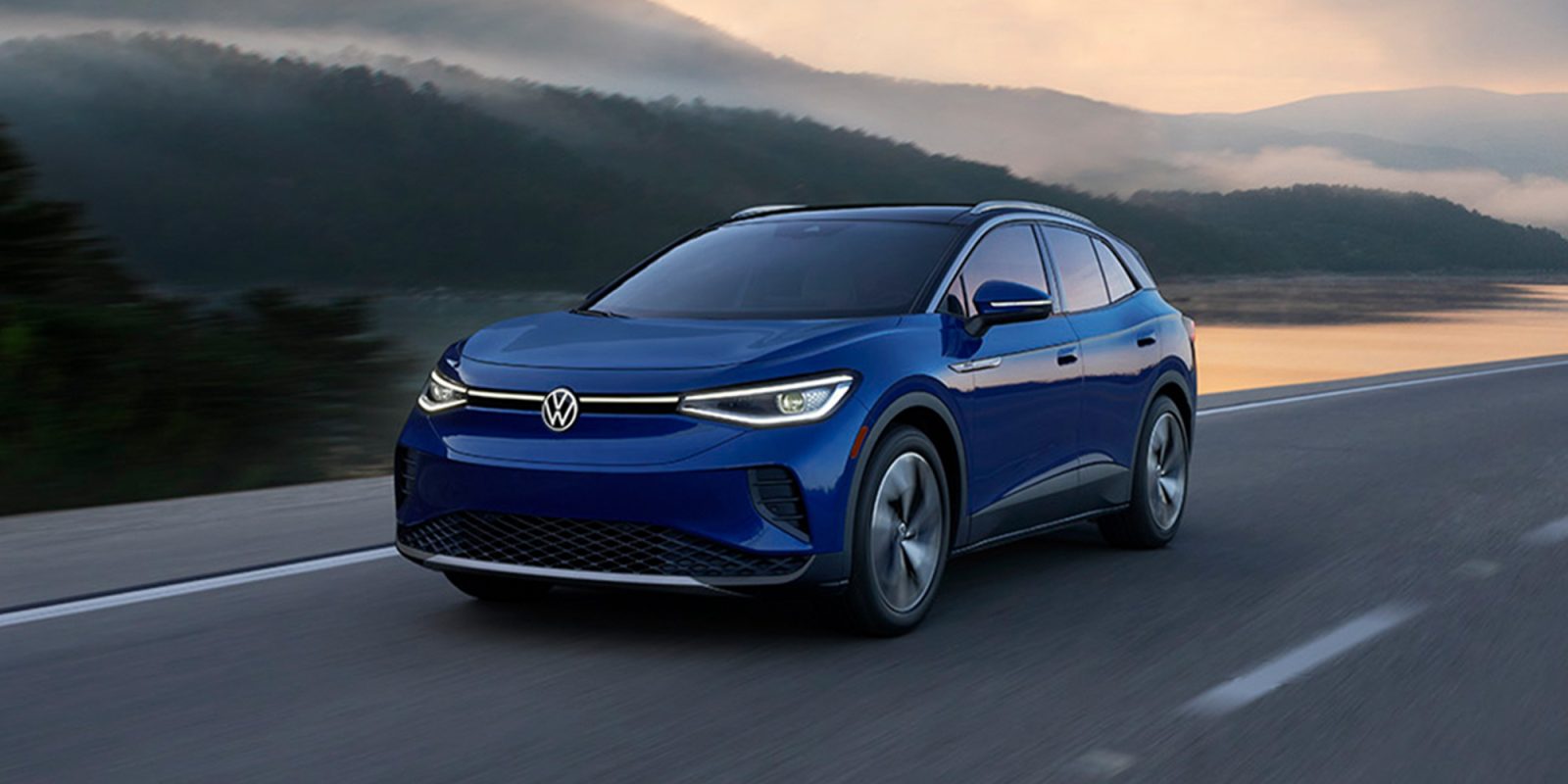 Volkswagen of America has shared its EPA-estimated ranges for the 2022 versions of its ID.4 Pro electric SUV. While each of the 2022 trims of the ID.4 Pro saw range increases, it was the RWD version that saw the biggest jump to 280 miles compared to 260 in Volkswagen’s 2021 model.

The Volkswagen ID.4 began production in 2020 as the first all-electric crossover SUV donning the VW badge. Promoted as an EV “for the millions, not the millionaires,” this mass market vehicle has found a growing number of fans throughout Europe, North America, and China.

As Volkswagen’s ID family of EVs continues to grow, so does its YOY delivery growth, more than doubling in 2021 compared to a year prior. Speaking of 2021, we shared Volkswagen’s news of EPA ranges for the dual motor versions of its ID.4 this past fall.

Before that point, only single motor trims of the ID.4 were available in the US, but the Pro and Pro S AWD versions were soon announced as well. Looking ahead, Volkswagen has now shared the EPA range for each of the 2022 ID.4 models, alongside some other improvements.

VW shared the news of the 2022 EPA specs in a press release breaking down each version’s improvements compared to 2021. As a refresher, here were the 2021 ID.4 specs:

Here are the 2022 EPA ranges and other specs from Volkswagen along with comparisons to the 2021 versions:

In addition to increases to EPA range and fuel economy, Volkswagen is claiming that 2022 models of the ID.4 also come with improved DC fast-charging speeds, increasing from 125 kW to 135 kW.

All 2022 models of the ID.4 crossover will also come with Plug and Charge capabilities which will become available at a later date through an OTA update. This will allow drivers to more easily plug in and charge while alleviating the need for a charge card.

This could come in handy at Electrify America chargers in particular, as each 2022 ID.4 comes with three years of unlimited 30-minute charging sessions included. This sounds like an even sweeter deal than similarly announced partnerships with BMW and most recently, Kia America.