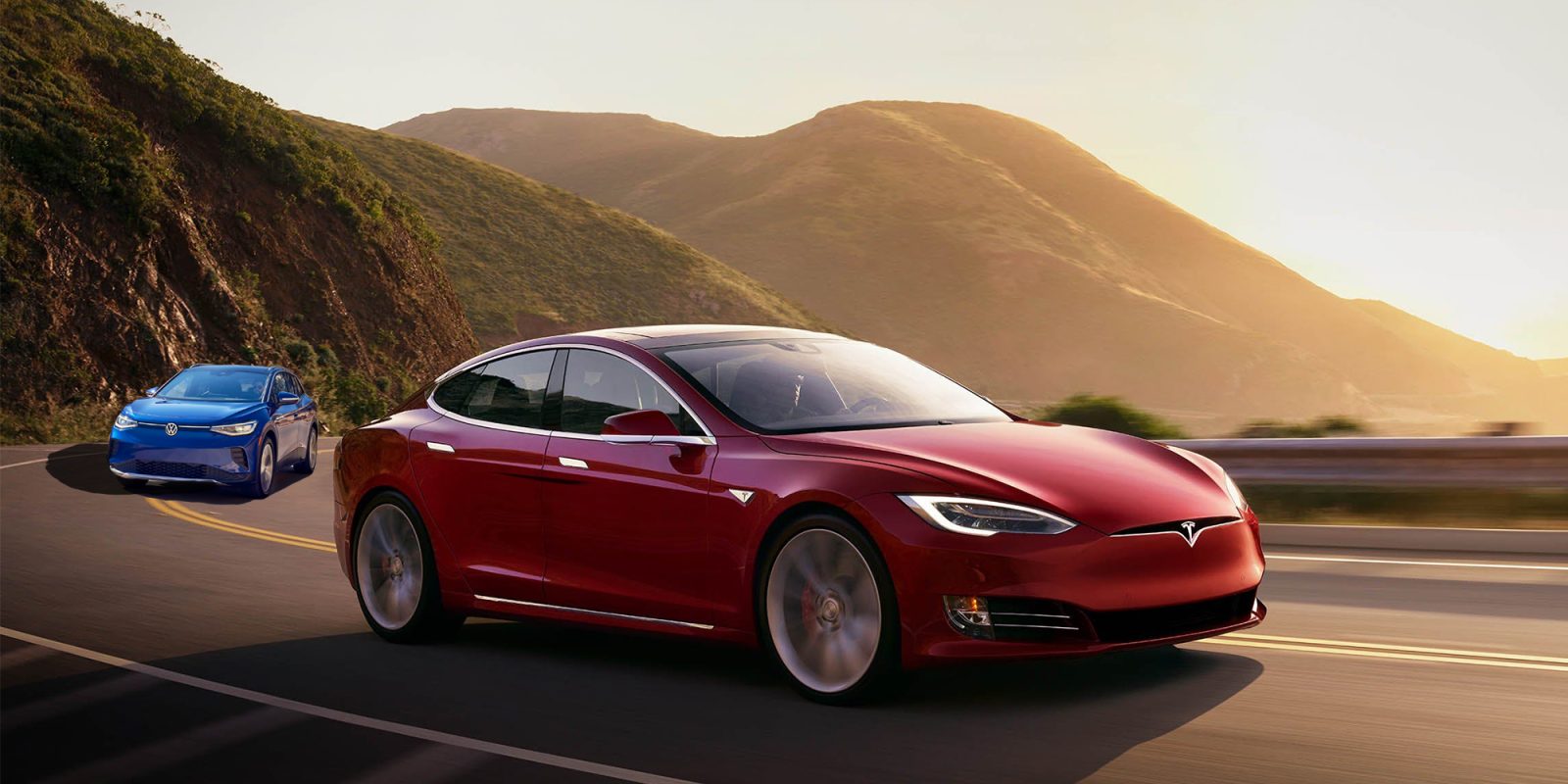 Following the release of its Q3 delivery numbers, Volkswagen Group continues to grow its presence in the BEV market, up 109% compared to Q3 last year. Nine months into 2021, Volkswagen has more than doubled its worldwide deliveries, nipping at the heels of Tesla – the current undisputed EV market leader.

Tesla continues to grow as well, and could (maybe) surpass one million deliveries in 2021, but at the rate Volkswagen is moving (up 138% this year), it could be following the trend in 2022.

Both Volkswagen and Tesla are household names at this point. One has, without a doubt, blazed the trail for scaled consumer EV adoption, while the other has noted this epoch in transportation and has shifted a majority of its global strategy to follow suit.

Tesla currently offers four electrified models with two more on the way… eventually. This does not include its all-electric Semi and the long-rumored $25,000 EV promised last year during Battery Day.

In the near-decade since Tesla launched the Model S, the company’s market share has soared alongside its stock and its production output with no signs of slowing down. In fact, if Tesla has another big Q4 (which it tends to do), the American automaker could eclipse one million deliveries this year. That will depend on a number of factors, however.

While Volkswagen Group has over seventy more years of experience than Tesla, it is still playing catchup in the EV space. It has also been working on its delivery of jokes after its infamous “Voltswagen” publicity debacle.

Volkswagen’s ID family of EVs has seen impressive sales in multiple global markets the past year or so and is joined by EVs from other big names under the VW umbrella such as Audi, Porsche, and ŠKODA among others.

While Tesla still continues out front as the pace car of the booming EV industry, Volkswagen’s early numbers show an even quicker rate of deliveries, now falling less than a year behind Tesla’s numbers.

And, if one were to include PHEVs in VW’s equation, you’re looking at over one million globally – a company benchmark Volkswagen has shared in its press release.

So if you are looking at a cars with plugs comparison, VW and Tesla are already neck and neck.

Tesla still dominates deliveries, but Volkswagen is catching up

Following recent Q3 reports from both Volkswagen and Tesla, it’s clear that the latter is on pace for another record year, once again leading the entire industry in EVs shipped to customers.

That being said, a closer look at the numbers side by side shows that even in the early stages of EV production (in comparison), Volkswagen Group’s EV deliveries are increasing at a faster pace year-over-year, 138% so far in 2021 to be exact.

Now let’s look at 2021 so far and give projections on where each automaker may land on NYE. At its current pace based on the previous three quarters, Volkswagen Group is tracking to deliver 390,800 BEVs in 2021. Tesla is on track for about 836,500 BEVs.

Both estimates are rather conservative as both automakers should have even bigger Q4s. If Tesla can get some additional vehicles out of GigaBerlin and/or GigaTexas, they may be sniffing seven-figure deliveries.

These numbers offer a glimpse into the future

When you look at 2021, Tesla is sure to double the delivery output of Volkswagen Group. However, if you compare VW’s numbers this year to Tesla’s last year, it’s easier to grasp how quickly the German automaker is growing in terms of BEVs.

When you compare Volkswagen Group’s rate of delivery growth from Q3 2020 to 2021 against Tesla, you can see that VW is tracking less than a year behind. Looking ahead (VW in 2022 compared to Tesla in 2021) Volkswagen could best Tesla’s current numbers and tighten the gap even further.

If Volkswagen continues at this pace of deliveries, it could see upwards of 950,000 BEV deliveries in 2022.

Tesla is likely to still far surpass these numbers in 2022 if it stays at this pace. Simultaneously, VW has the potential to continue to snowball, and could soon be neck and neck with the industry leader.

Other factors like global supply chain shortages could certainly inhibit these projections, but time will tell who inevitably takes the top production spot. Either way, the quest for EV adoption wins.

I want to point out that I’m truthfully indifferent and objective when it comes to both Tesla and Volkswagen. I don’t own either vehicle and am not currently interested in owning either.

Before some of you jump down my throat on Twitter, I want to point out the obvious fact that Volkswagen is a much larger company than Tesla, and its total number of BEVs also includes other marques like Audi and Porsche in addition to VW branded models. Part of the reason why deliveries are higher is more models to deliver.

That being said, the VW brand passenger models already account for 57% of Volkswagen Group’s total BEV deliveries this year, so it is definitely doing something right.

Tesla still holds the crown and likely will for at least a couple more years (if it can get some new models out, it can certainly retain its lead). That being said, you can’t argue with the growing numbers of Volkswagen Group, especially in such an early phase of its EV transition.

I truly believe it’s a feat to be celebrated for EV adoption in general, no matter what automaker it actually is. That is the goal, after all, to continue to grow EV adoption. This is a good sign of the future to come.