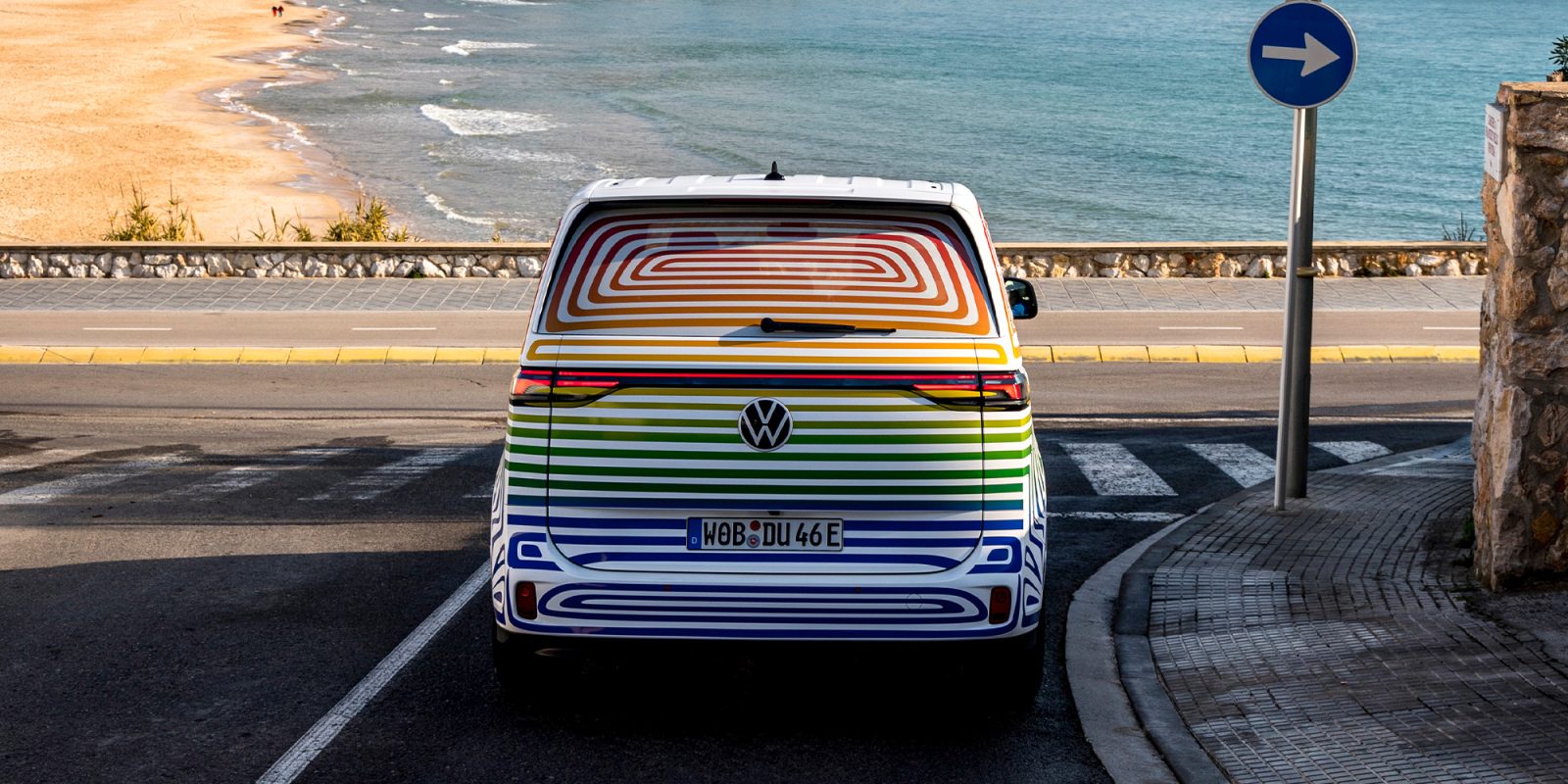 As its pre-production models tour Europe, Volkswagen has begun counting down the world premiere of its ID. Buzz and ID. Buzz Cargo electric vehicles. Ahead of the double premiere on March 9, Volkswagen has shared new details customers in Europe and the US can soon expect regarding the Buzz EV.

As we grow ever closer to a world premiere of the ID. Buzz, we can look back on five years of progress since Volkswagen first unveiled the electrified minibus back in Detroit in 2017.

Since then, we’ve covered several teaser images featuring a chartreuse prototype, demonstrating a new, zero-emissions era of “van life.” We’ve also shared spy images of what has appeared to be the production version of the ID.Buzz, which deviated quite a bit from the concept design.

Last fall, Volkswagen again teased the public with camo’d images of the ID.Buzz, which was followed by video footage of pre-production models rolling out of their assembly plant in Germany this past January. In the time since we have been able to garner some leaked interior images ahead of the world premiere.

That being said, the public will not know the full details and specs of the ID. Buzz and Buzz Cargo until the March 9 premiere, although Volkswagen has shared some new details.

The German automaker announced the official countdown of the dual world-premiere via a press release, sharing some further details as to what the two ID. Buzz EVs will be capable of.

Volkswagen has stated that the pre-production versions of the Buzz EVs are finishing their final round of trials throughout Europe, traveling through everyday conditions between Barcelona, Paris, London, Amsterdam, Copenhagen, Hamburg, and Hannover.

The official premiere will unveil two versions of the Buzz EV on Volkswagen’s MEB Platform: a five-seat ID. Buzz minibus, and a three-seat ID. Buzz Cargo van. Here’s what we know so far:

Volkswagen also stated that over the next year, it will add a model with a longer wheelbase and a broader range of interior possibilities to the Buzz portfolio. The ID. Buzz will begin production in the first half of 2022, followed by a European launch in the fall. Entry into the US market will follow Europe.