‘Look at me!’ Volkswagen struts its upcoming ID. Buzz leaving plant in Germany ahead of world premiere in March 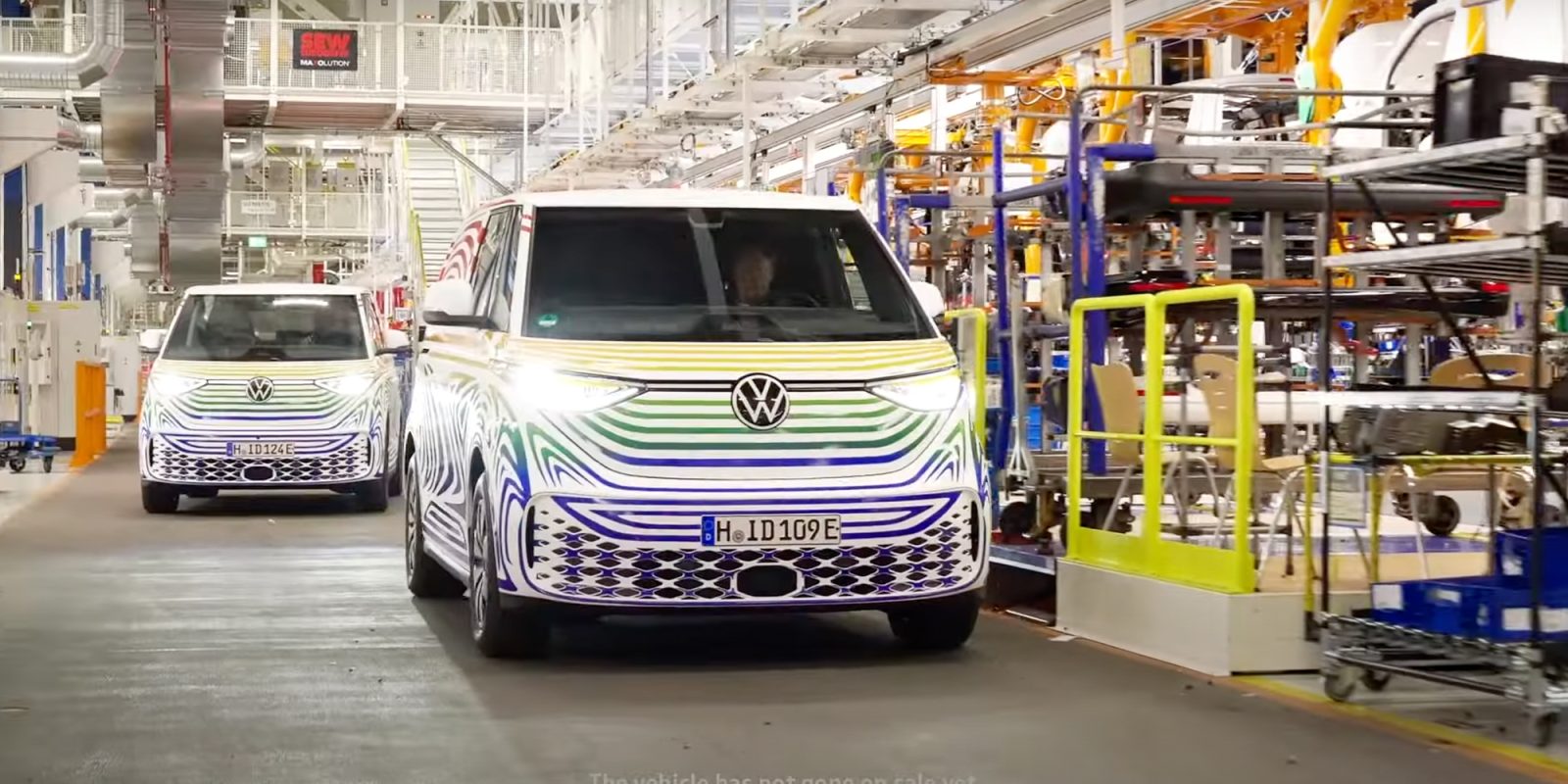 Volkswagen continues to tease the world with its upcoming ID. Buzz electric minibus ahead of its world premiere scheduled for March 9th. The latest taste comes in the form of a video posted by the automaker’s commercial vehicle branch Volkswagen Nutzfahrzeuge. It shows two camouflaged ID Buzz electric minibuses driving out of an assembly plant in Hanover, Germany.

As we finally start to get rolling in 2022, we can already look back on five years of progress since Volkswagen first unveiled the electrified generation of its famed minibus back in Detroit in 2017.

Even back then, the German automaker set an accurate target debut date of 2022 for what would eventually be announced as the ID. Buzz. Since then, we’ve covered several teaser images featuring a chartreuse prototype, demonstrating a new, zero-emissions era of “van life.”

We’ve also seen spy images of what has appeared to be the production version of the ID.Buzz, which deviated quite a bit from the concept design.

We have since been teased again with camo’d images of the electric minibus, but have also had our beaks wetted by VW CEO Herbert Deiss, who announced the official launch of the ID. Buzz will take place on March 9th.

Until then, we can expect to see a “Covered Drive” in Barcelona next week, which began with a teaser video from Germany posted by VW today.

The electric minibuses camouflaged in rainbow zebra stripes represent pre-production models of the ID. Buzz, as they were filmed driving through their assembly location at the Volkswagen Commercial Vehicles Plant in Hanover, Germany.

Volkswagen’s social media Tweeted out the video with the caption: “Let’s go: The #VWIDBUZZ is on its way to Spain! Next week there will be a Covered Drive for journalists in Barcelona!”

Aside from the 33-second teaser video below, we can now expect more footage from a “Covered Drive” in Spain next week.

It’s tough to say what a covered drive is, but one could assume that it will be a media event in which journalists will get to ride and/or drive in the camouflaged pre-production models of the ID. Buzz. Or they just watch the ID. Buzz EVs drive by, turn around, and head back to Germany.

We will know more next week following reports out of Barcelona, and we are certain to hear more on March 9th, when the ID. Buzz will see its “uncovered drive” world premiere. You can check out VW’s “Look at me!” video below: