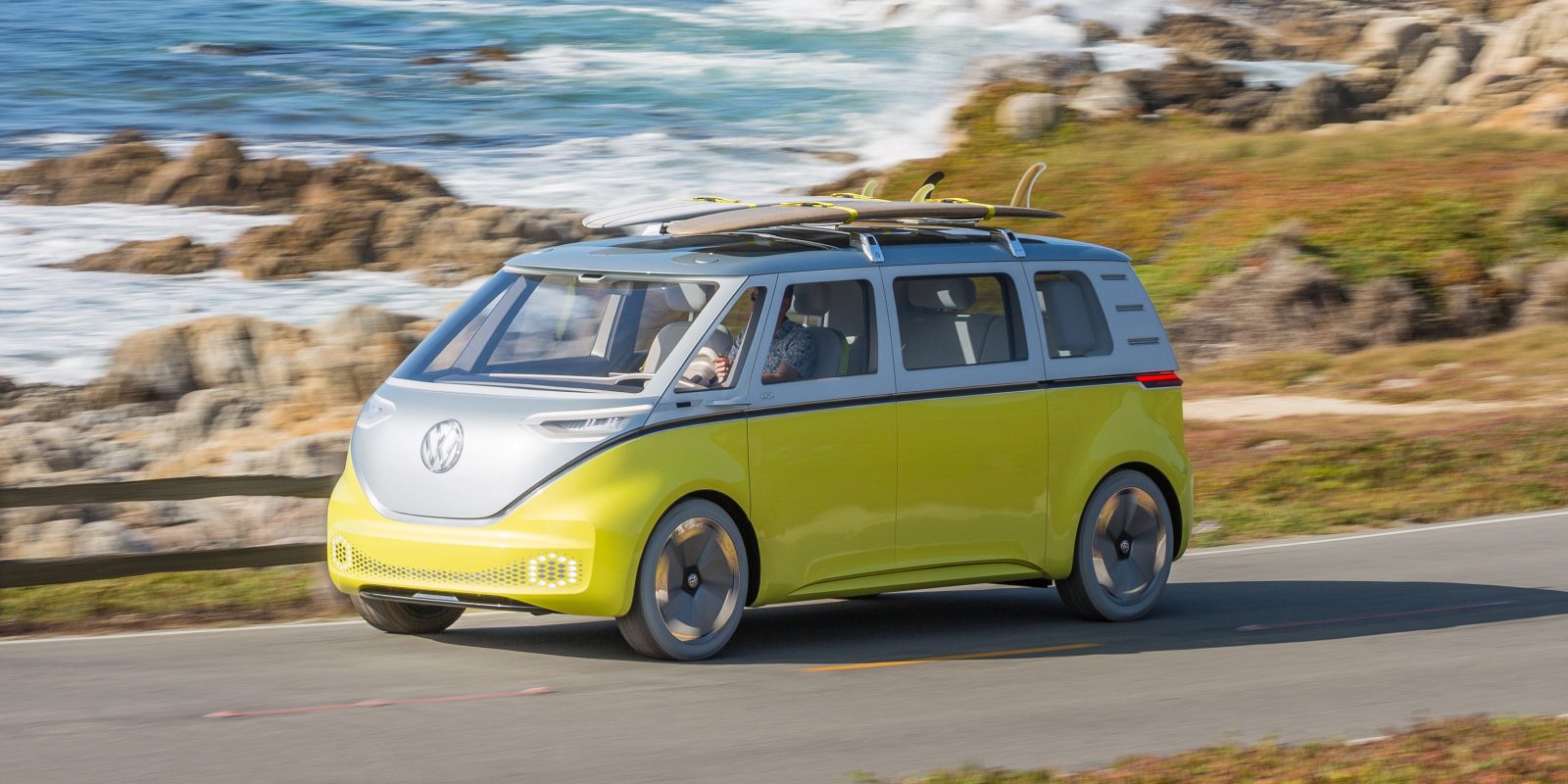 After unveiling a new all-electric and autonomous microbus concept called I.D. BUZZ earlier this year, VW is now announcing that it will bring the vehicle to production in 2022.

A slide that leaked from a VW presentation about its upcoming electric vehicles already confirmed that the vehicle was planned for production, but now the company goes public with its plans.

“After the presentations at the global motor shows in Detroit and Geneva, we received a large number of letters and emails from customers who said, ‘please build this car. The Microbus has long been part of the California lifestyle. Now we’re bringing it back by reinventing it as an electric vehicle.”

The CEO says that the vehicle will be available at US dealership in 2022 and a version for cargo will also follow.

For the announcement, they brought to Monterey a working prototype that they first unveiled earlier this year:

When unveiling the vehicle in Detroit earlier this year, VW said that there will be two options. The most high-end will feature an all-wheel drive system with a total output of 369 horsepower powered by a massive 111 kWh battery pack. Surprisingly, especially after their recent range comparisons, VW also offered the estimated range based on the U.S. driving cycle, which the company claims will be 270 miles.

The German automaker claims that this version of the I.D. BUZZ can accelerate from 0 to 60 mph in about 5 seconds and has a top speed of 99 mph.

Another less expensive version will feature a rear-wheel drive setup producing up to 268 hp and a smaller 83 kWh battery for a range closer to 200 miles.

This news is only a confirmation of what we already knew – that VW has plans to bring the electric microbus to production.

Fans of the classic VW microbus have long been asking the German automaker to revisit the iconic vehicle and as EV enthusiasts, we are certainly glad to see VW committing to bringing it to production with an electric drivetrain.

With this said, we are talking about 4 years down the road and it’s hard to even imagine the progress that the auto industry will go through during the time when it comes to electric vehicles.

Therefore, it seems premature to lock down specs for an electric vehicle to go into production in 2022. What do you think? Let us know in the comment section below.