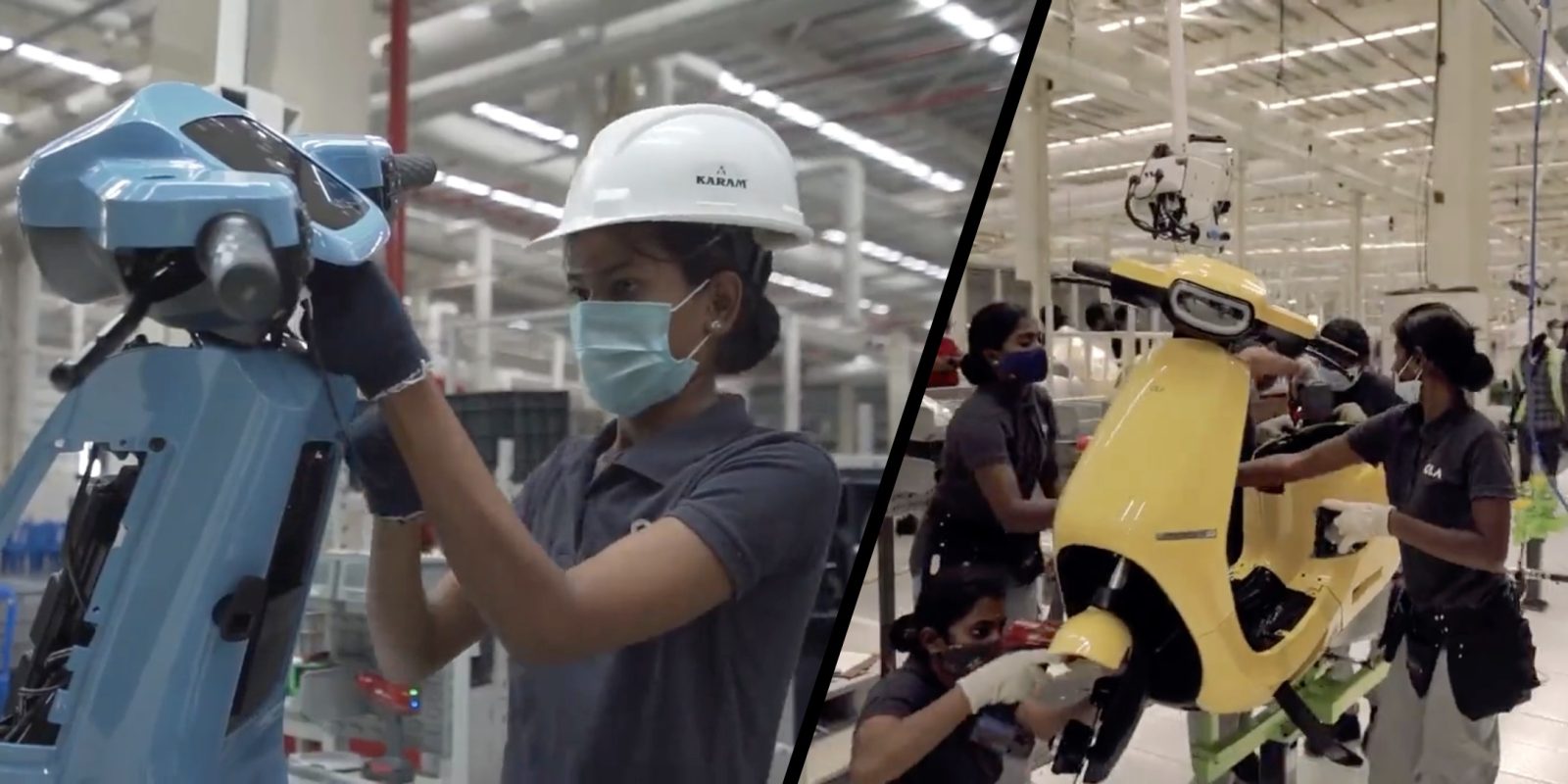 Ola Electric became the darling of the Indian electric scooter market when it unveiled its S1 and S1 Pro electric scooters earlier this year. The high-performance scooters boasted speeds of over 70 mph (115 km/h) yet came affordably priced at between US $1,050-$1,300.

The ambitious company built a sprawling mega-factory designed to meet the surging demand for its scooters, intending to produce 2 million electric scooters per year. But despite commencing deliveries of its electric scooters earlier this month, things haven’t quite panned out yet at the factory.

But while several hundred electric scooters have made their way into owners’ hands, there are nearly 100,000 more pre-ordered scooters that have yet to be built.

Ola’s massive FutureFactory, which was constructed in a whirlwind earlier this year, was claimed to be designed for an annual production rate of 2 million electric scooters.

To put that in more manageable terms, that’s 5,500 scooters per day.

The only problem is that the factory is running way under capacity, currently only producing around 150 scooters per day, according to Bloomberg.

The first deliveries of electric scooters arrived around a month behind schedule, indicating that production was already off to a slow start. But in a post-pandemic world where supply chains are running tight and a new Tesla can require a wait of a year or more, a few weeks of delay seems like comparatively good shape.

That’s the point made by Ola’s chief marketing officer Varun Dubey, who attributed the delay to the semiconductor shortage:

“We had a minimal delay of two to four weeks instead of much longer delays (months and up to a year) that are common in the industry.”

The bigger problem is that nothing appears to be changing at Ola’s factory. The pace of production isn’t picking up.

Insiders say that Ola’s body shop is running at half capacity and the paint shop isn’t even operating.

Ola’s electric scooters are built in India and thus a source for national pride. But like many domestically produced vehicles around the world, they are heavily dependent upon foreign materials. Some estimates put Chinese imports of materials for India’s electric vehicle industry at around 70%.

The ripple effect of Ola’s growing pains could mean bigger waves in the industry.

The company made headlines when its CEO Bhavish Aggarwal announced that Ola would begin shipping electric scooters to the US early next year. While the price for exports will certainly be higher, Ola stands the best chance at offering a new level of value in high-performance electric two-wheelers for traditionally expensive markets like North America.

But the company’s apparent inability to fulfill its own domestic demand throws into question whether or not Ola will begin considering exports.

Well, this is unfortunate.

Ola may have experienced slight delays, but they were nothing compared to most of the industry.

Hell, NIU showed off an awesome electric motorcycle two years ago, and we still can’t buy the thing.

And the SONDORS Metacycle is quickly coming up on its one-year anniversary, despite still having at least another six months before it will be rolling into pre-order customers’ driveways.

So the slight delays at Ola weren’t keeping me up at night.

The bigger problem of drastically underperforming production is much more worrisome. There are also reports in local media that Ola has lost several key figures recently, including its CFO, COO, and general counsel (though none of those figures have publicly confirmed their employment status).

The good news is that the company does at least appear to be producing, just not very quickly. Scaling up is much easier than starting up. And if the issues are indeed supply chain-related, that is much better than systematic problems.

The next two months are likely to be quite telling for Ola.