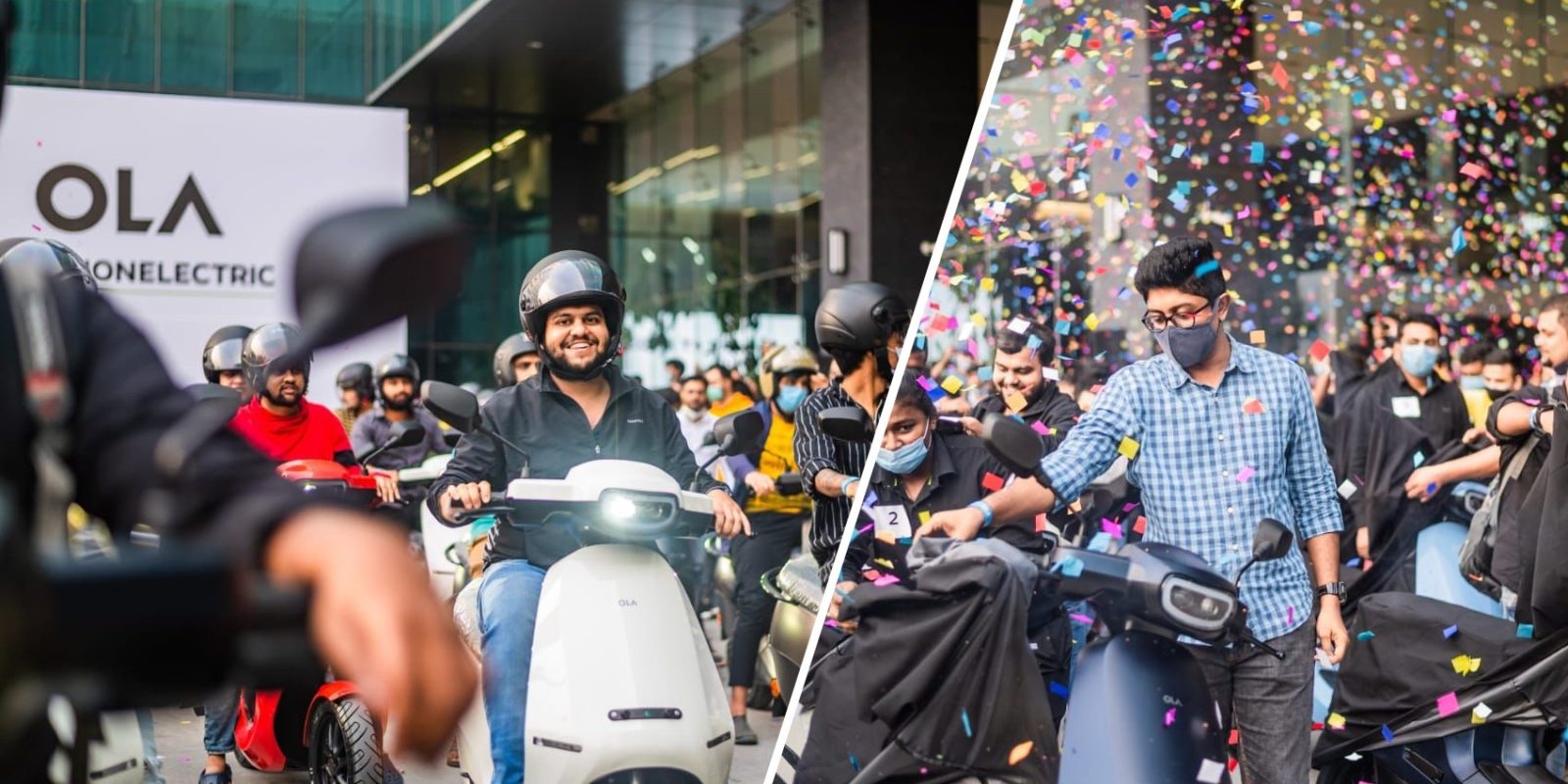 Ola’s electric scooters were first rolled out for domestic customers in India, but the company has said from the beginning that it is also targeting international exports.

The powerful and fast electric scooters, which are based on a design originally developed by the Dutch startup Etergo, offer a never-before-seen mix of performance and value.

The scooters can top 70 mph (115 km/h) in their higher power format yet start at around $1,050 in India, increasing to around $1,300 for the top-end models. And the company is even working on more affordable future models as well.

The Ola S1 and S1 Pro were officially unveiled in August, though they were teased for some time leading up to the unveiling.

Deliveries were expected to begin over a month ago, but a slight delay pushed the first deliveries to mid-December.

Ola Electric’s CEO Bhavish Aggarwal shared the news on Twitter along with a few photos from the first delivery event.

Despite the slight delay, production appears to be moving full steam ahead.

The factory has also drawn attention for its socially forward hiring policy: Men need not apply. The factory is managed and operated by an entirely female staff, which is part of a social policy in India to help tip the scales closer to equality in the workforce where women are often disadvantaged.

Back in October, we got a sneak peek inside to see what production looked like in an entirely female-run electric scooter factory.

Ola raised $200 million just a few months ago at a $3 billion valuation, but just today the company announced that it has added another $500 million to its coffers. The new funding comes in the form of a term loan B.

“The overwhelming response to our term loan B is a reflection of the strength of our business and our continued focus on improving unit economics alongside rapid growth. At Ola, we are accelerating our journey towards building the New Mobility ecosystem to help a billion people move sustainably.”

While Ola’s scooters are currently only available in India, Aggarwal claimed that the company would expand operations to the US by early 2022.