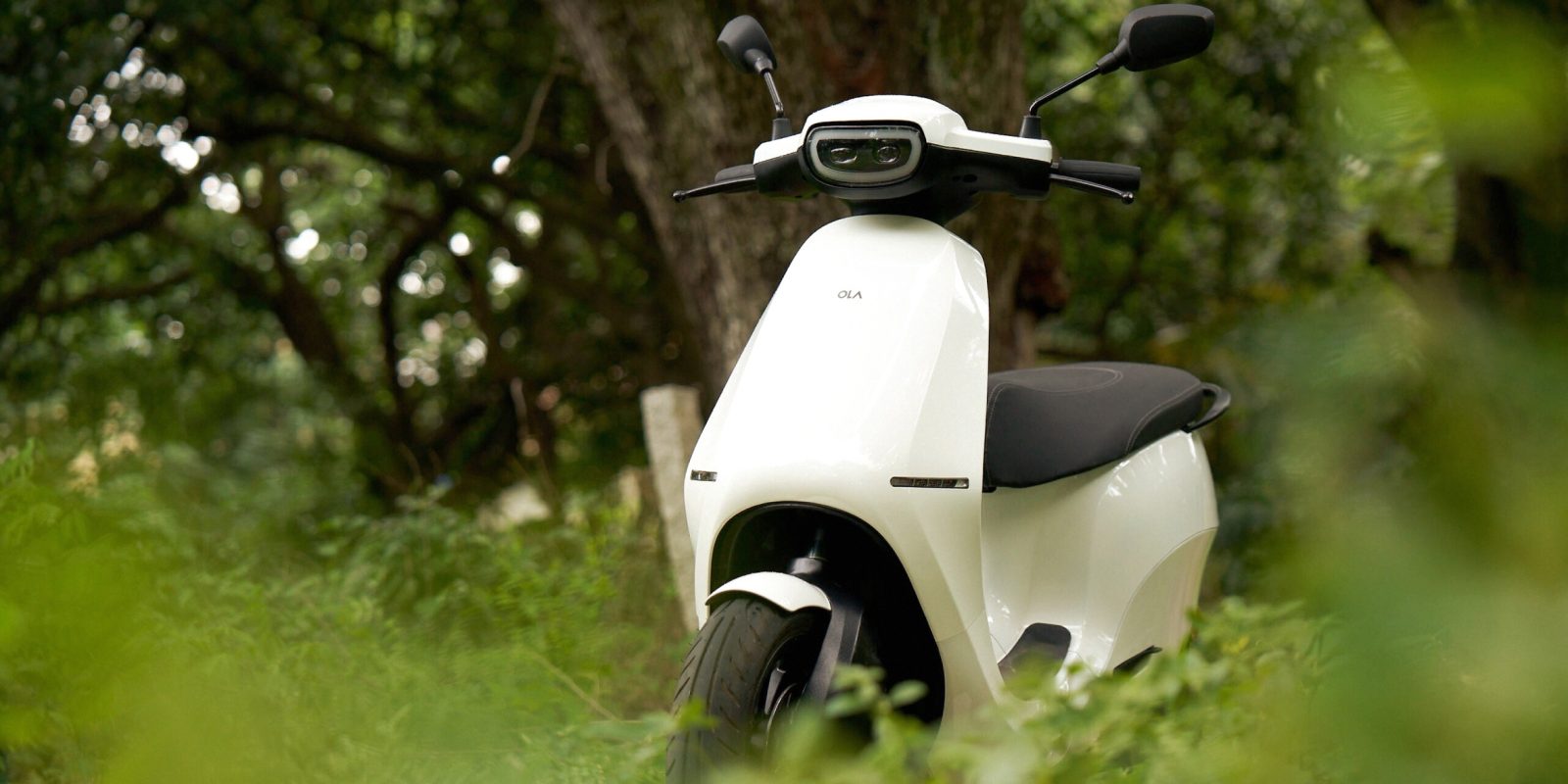 Ola Electric teased its upcoming electric scooter for months, and it finally delivered over the weekend with the big unveil. The Ola S1 and S1 Pro models were just announced, showing off high-tech features, best-in-class performance, and shockingly low prices.

Produced locally in Ola’s giant electric scooter megafactory with a planned capacity of 10 million vehicles per year, the S1 and S1 Pro electric scooters are rolling out with an eye on both domestic Indian sales and international exports.

Today the scooters look like leaders in the local market, but tomorrow could see shockwaves reverberate globally.

That’s because the two models offer better performance than any other comparably sized electric scooters.

An innovated banana-shaped battery pack under the rider’s feet offers 3 kWh of capacity and 121 km (75 miles) of range. In the high spec S1 Pro, those figures increase to 4 kWh and 181 km (112 miles) of range.

The battery is not removable, but can be quick charged most of the way in around 30 minutes. An 18-minute charge on an Ola quick charger will provide 75 km (46 miles) of range.

The under-foot mounting of the battery lowers the scooter’s center of gravity and maximizes the storage space under the seat.

Ola claims that riders can fit two helmets into the 36L storage compartment. Most scooters require bolting on a large rear trunk to get anywhere near that kind of storage space.

The high performance of the scooters might not even be their biggest selling points. Instead, the technology-packed OS is what truly sets these scooters apart from pretty much anything else currently on the market.

Just like your cell phone, the scooter also packs a digital voice assistant. Saying to the scooter, “Hey Ola, play some music,” will pull up your playlist and get the tunes cranking out of the scooter’s built-in speaker system.

Proximity sensors mean that the scooter can unlock for the rider as he or she approaches, no key needed. Walking away from the scooter automatically locks it.

Compared to other leading electric scooters, Ola’s models don’t just offer better performance and fancier features – they’re also much more affordable. Pricing starts at Rs 99,999 ($1,350). Some Indian states have local incentives that drop the price down to as low as Rs 79,999 ($1,050).

The scooters will be available in 10 different colors, with reservations opening on September 8 ahead of expected delivery in October.

It is hard to overstate how big of a deal this is, not just for India but also for the world.

India represents one of the largest two-wheeler markets anywhere, but the vast majority are gas-powered. Many Indian startups have presented interesting electric solutions, but the higher prices have prevented larger scale adoption. Now Ola’s scooters can match both the performance and the price of many gas-powered motorbikes in India.

But it isn’t just about India anymore. While most electric scooter manufacturers in India haven’t even begun to talk about exports, Ola has made international exports a key part of the company’s plan from the start. With an initial production rate of 2 million vehicles per year at the company’s megafactory, followed by a planned 10 million/year capacity, Ola is fully expecting to export its electric scooters to the international market.

Prices will no doubt be higher outside of India, but when you start with a base of $1,350, there’s plenty of room to go. For comparison, I love my NIU NGT Pro electric scooter and it’s my daily driver, but it costs around $4,600 in the US and scores below the Ola S1 in just about every category.

So if Ola can begin exporting an attractive, fast, and high-tech electric scooter that costs less but does more than the current market leaders, then we very well may be looking at a paradigm shift in the electric scooter industry toward a whole new type of vehicle.

I’m not normally so bullish about a new launch, but damn.