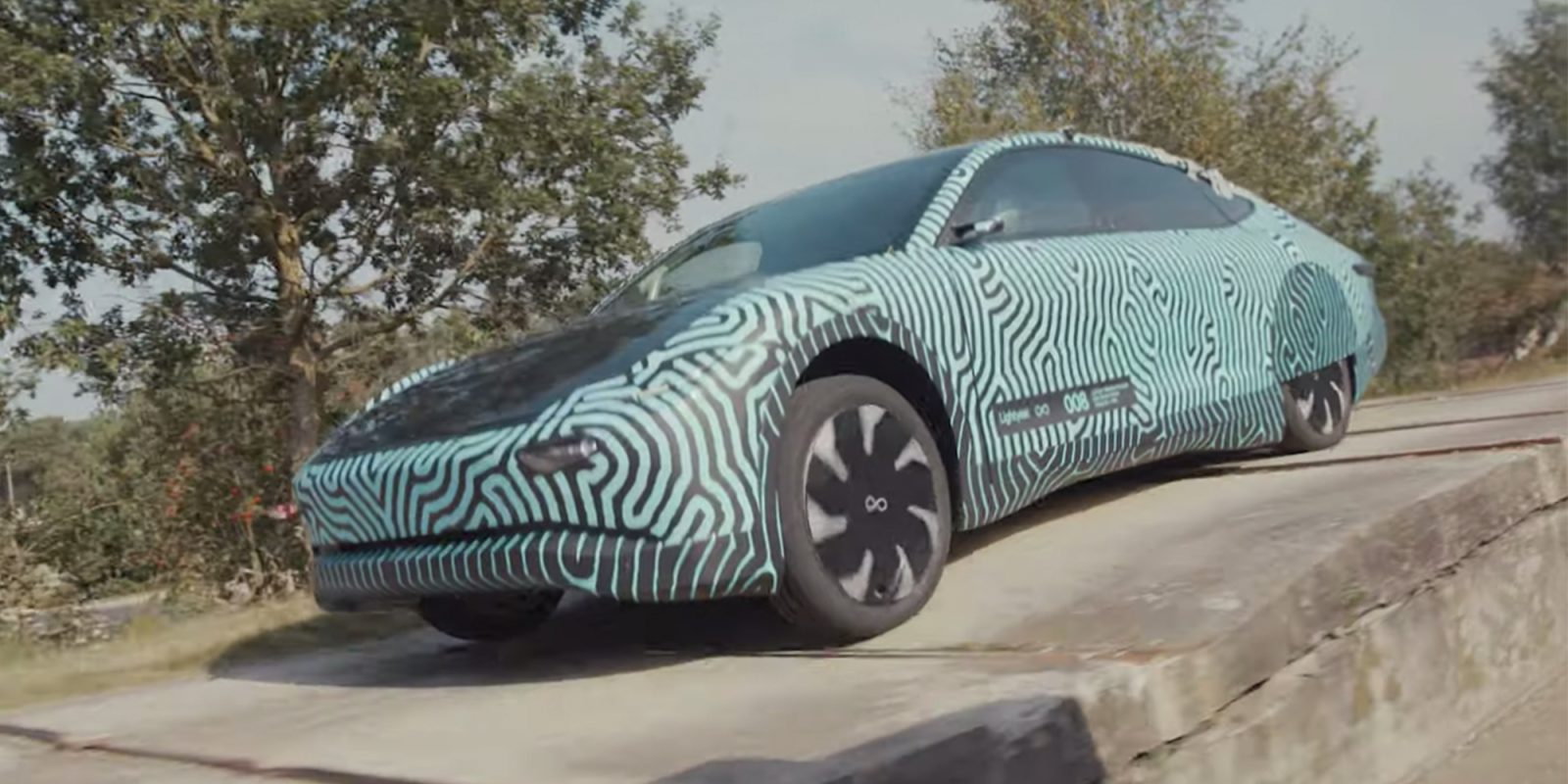 EV startup Lightyear has shared the progress of its upcoming Lightyear One solar electric vehicle (SEV) in the form of durability testing with its latest prototype. The video footage shows the Lightyear One prototype navigating a proving grounds track and taxing terrain to ensure the SEV is top quality when it reaches its limited series production next year.

Lightyear is an EV startup based in the Netherlands that specializes in solar electric vehicles (SEVs). Electrek has covered this unique automaker since its inception and continues to track its progress as it looks to deliver its flagship SEV, the Lightyear One.

From very early on, the company has promised a coveted range of 450 miles on a single charge in the Lightyear One. As Lightyear One moves closer to reaching production in the first half of 2022, its prototype testing has seen major milestones met.

This past July, Lightyear shared the results of its latest track testing, demonstrating that its newest Lightyear One prototype delivered 441 miles of range on a single charge.

The nine-hour test was conducted at Aldenhoven Testing Center in Germany, where the prototype was operated through a full drive cycle at a speed of 53 mph, on a single battery charge of around 60 kWh.

As 2022 grows closer, the SEV automaker has begun durability testing on its validation prototype and shot footage of the process to share with the EV community.

In a post from Lightyear’s website, the automaker has shared the technical progress of the Lightyear One by documenting the first round of durability tests with a validation prototype.

The goal was to simulate real-life conditions to ensure safety and durability for future consumers. Vehicle Test Engineer Robby Janssen participated in the tests and is interviewed in the video:

We wanted to check Lightyear One’s structural integrity when driving on harsh roads, collect data for our simulation models, and use the results for component testing.

The durability test data was collected through 72 different sensors, measuring the Lightyear One prototype’s acceleration signals in various body and wheel positions. According to the automaker, this data was crucial, mainly because of Lightyear One’s in-wheel motors.

Lightyear stated that it felt encouraged by the durability test results. The structural strength, ride comfort, and components on the Lightyear One prototype were proven to provide a safe ride.

Lightyear will make a few tweaks to its next prototype and move into further homologation tests. High-speed tests of 81 mph (130 km/h), aerodynamics tests, and tests for Lightyear’s exclusive Bridgestone tires will follow.

The Lightyear One will see a limited production of 946 units to be manufactured in Finland by Valmet Automotive in the summer of 2022. Check out the durability tests in the video below: