Exclusive: Bridgestone partners with Lightyear for custom tires on Lightyear One SEV 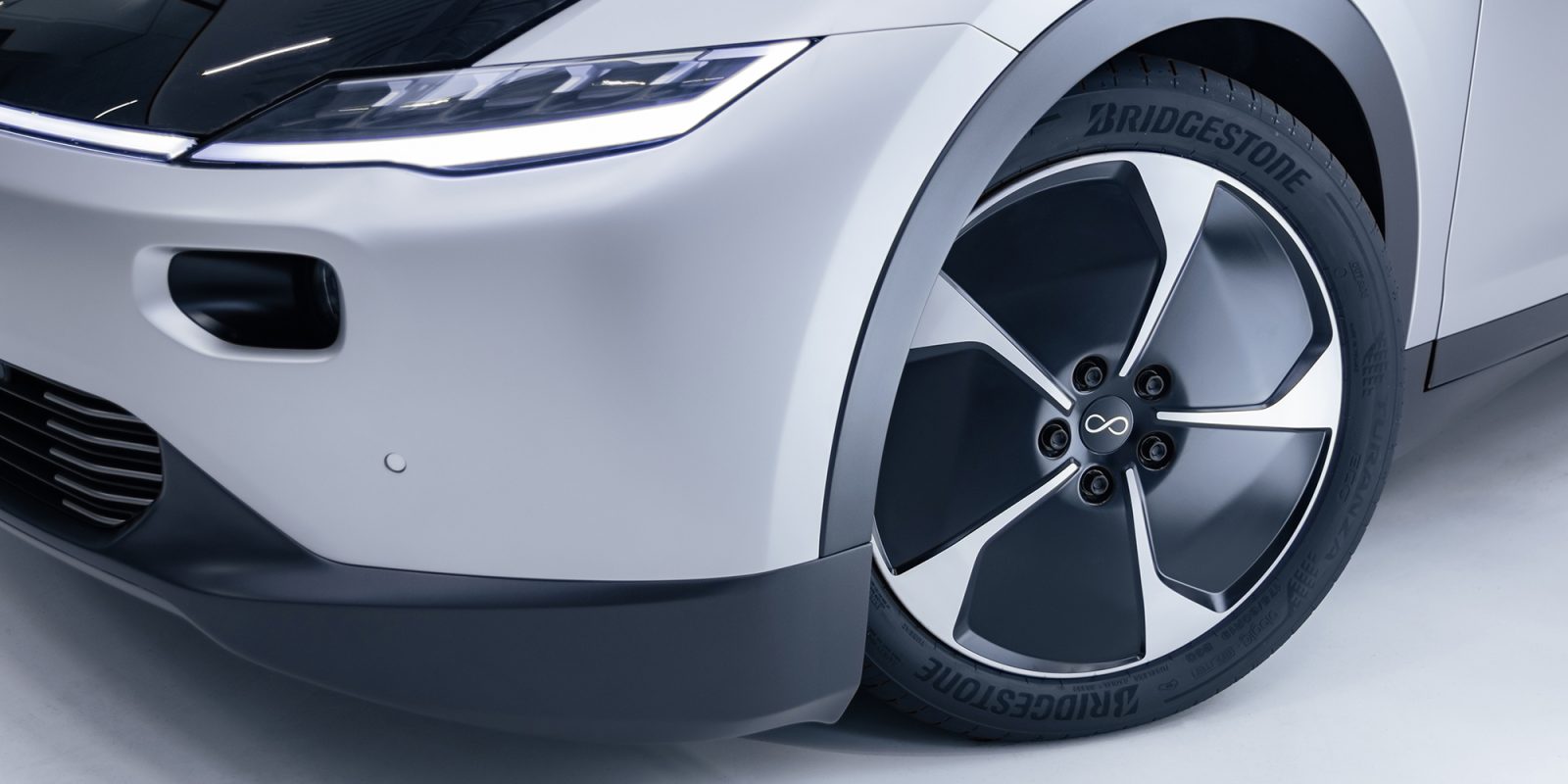 During a virtual event held earlier today, EV automaker Lightyear and Bridgestone have announced a partnership focused on sustainability that has resulted in a tire engineered specifically for the Lightyear One SEV. The companies consider today’s announcement a world premiere for this unique and efficient tire that can maximize range and sustainability for EVs moving forward.

Our Electrek readers should be no strangers to Netherlands-based Lightyear and its upcoming Solar Electric Vehicle (SEV). The Lightyear One has been something we have covered since it was first unveiled, and continue to cover as its creators move closer to first deliveries at the end of this year.

Bridgestone has 90 years of experience developing mobility solutions and tire manufacturing around the globe. Today’s announcement solidified a relationship between Lightyear and Bridgestone that has been developing for several years alongside both companies’ respective technologies.

Lightyear first appeared on Bridgestone’s radar during the World Solar Challenge that has been sponsored by the tire manufacturer since 2013. Solar Team Eindhoven, which eventually spun into Lightyear, actually won the challenge’s Cruiser Cup four consecutive times using Bridgestone tires, from 2016-2019.

We were fortunate to (virtually) sit down with Lightyear CEO Lex Hoefsloot and Emilio Tiberio, COO & CTO of Bridgestone EMIA, for an exclusive Electrek interview. Lex explains how Lightyear’s relationship with Bridgestone developed after the World Solar Challenge:

We realized that tires are the starting point for the design of any car, and in a number of ways. One of course, is the contact patch with the ground. So all the vehicle’s dynamics start with the tire, but it’s also a very important enabler for efficiency in cars. So basically, if you manage to reduce rolling resistance, you can provide more range from the same battery, or you can keep the same range and reduce the battery size.

Basically, it’s a starting point for saying ‘Hey, if we use these tires then we can build a car with less batteries. And if we can build a car with less batteries, it’s lighter, can have different motors, etc.’ So it’s one of the starting points we go from that really enables us to get into a positivity loop that enables us to make cars more efficient. That’s why a very tight collaboration with Bridgestone helps a lot, because we can really push the limits of what we can do there, and that’s what we aim for.

To aid in this quest for maximum range, efficiency, and sustainability, Lightyear looked toward Bridgestone to provide a unique tire that could support the same clean mobility the automaker stands for.

Bridgestone has now answered the call with its Turanza Eco Tire, representing a melting pot of technologies that combines the company’s ologic tire with its ENLITEN technology. Furthermore, it is the first to don the new EV marking on the side, paving the way for a new brand of tires designed specifically for electric vehicles. Tiberio elaborates:

Lex and his team brought a number of technical challenges to us because first of all, one of the secrets of the Lightyear One is aerodynamics, right? So it’s very much about that. Then came the first technical choice, because we are using very narrow tires. What we call our ologic technology package, so they are tall and narrow. This is improving aerodynamics, as well as distance that usually comes with higher inflation pressure, and so it’s reducing running resistance.

The second point was about further reducing the weight. Here we used a second technology package we call ENLITEN. It’s about physically supporting the sustainability angle because we use less material. So all of the car and the story around the car is about sustainability.

While Bridgestone has developed and implemented both its ologic and ENLITEN technologies separately, its custom Turanza Eco Tire for Lightyear is a world premiere as the first to combine both technologies. The tall, pressured ologic tire with a narrow tread has been manufactured using ENLITEN technology requiring less material, reducing CO2 emissions, and reducing the tire weight per vehicle by 10%. All without sacrificing any wear mileage or grip compared to conventional tires.

The Lightyear One SEV

Lightyear’s flagship Solar Electric Vehicle (SEV) has caught many eyes since it was first unveiled in 2019. Last month, Lightyear announced $48 million in additional funding to help it achieve its goal of delivering the Lightyear One by the end of 2021. In speaking with Electrek, Hoefsloot said the company remains on schedule, but with a slight caveat:

We are pushing to have first cars delivered to customers at the end of 2021, but it will be a slow ramp up. So the real production we are going to start in mid-2022. But we want to get the first cars out as soon as possible.

Looking ahead, Lightyear hopes its first SEV featuring the Bridgestone tires will help build its brand, and help the world gain confidence that this is genuine technology that exists today, not something consumers will see years from now. Hoefsloot explains:

The other main goal of Lightyear One, the first model, is a way for us to test the technology, right? To test the motors, inverters, the solar panel, the battery – basically all the things we’ve developed ourselves. And the tires are one of them. To really stress that with this first group of customers, what it’s like to drive on this new technology as well. Those learnings will apply to the next models, and they will be much more affordable and much more mass market than this one

The Lightyear One is currently listed at a price of €150,000 ($180k) excluding taxes, which is certainly not mass-market material. With that said, other EV companies like Tesla have begun with the same sales approach and have thrived. Lightyear will really need to get that price down moving forward to truly grow, and it plans to do so.

Lightyear’s CEO wouldn’t share any further details about a second and more cost-friendly SEV yet, but said the company is focused on three main components to reach clean mobility for all: price, range, and charging. Lightyear believes it’s on the right path to hit a home run on all three moving forward. Especially with advancements provided through partnerships like that of Bridgestone.

Check back with our Lightyear One guide for news when the SEV hits test tracks in Q2 of this year and begins deliveries at the end of Q4.