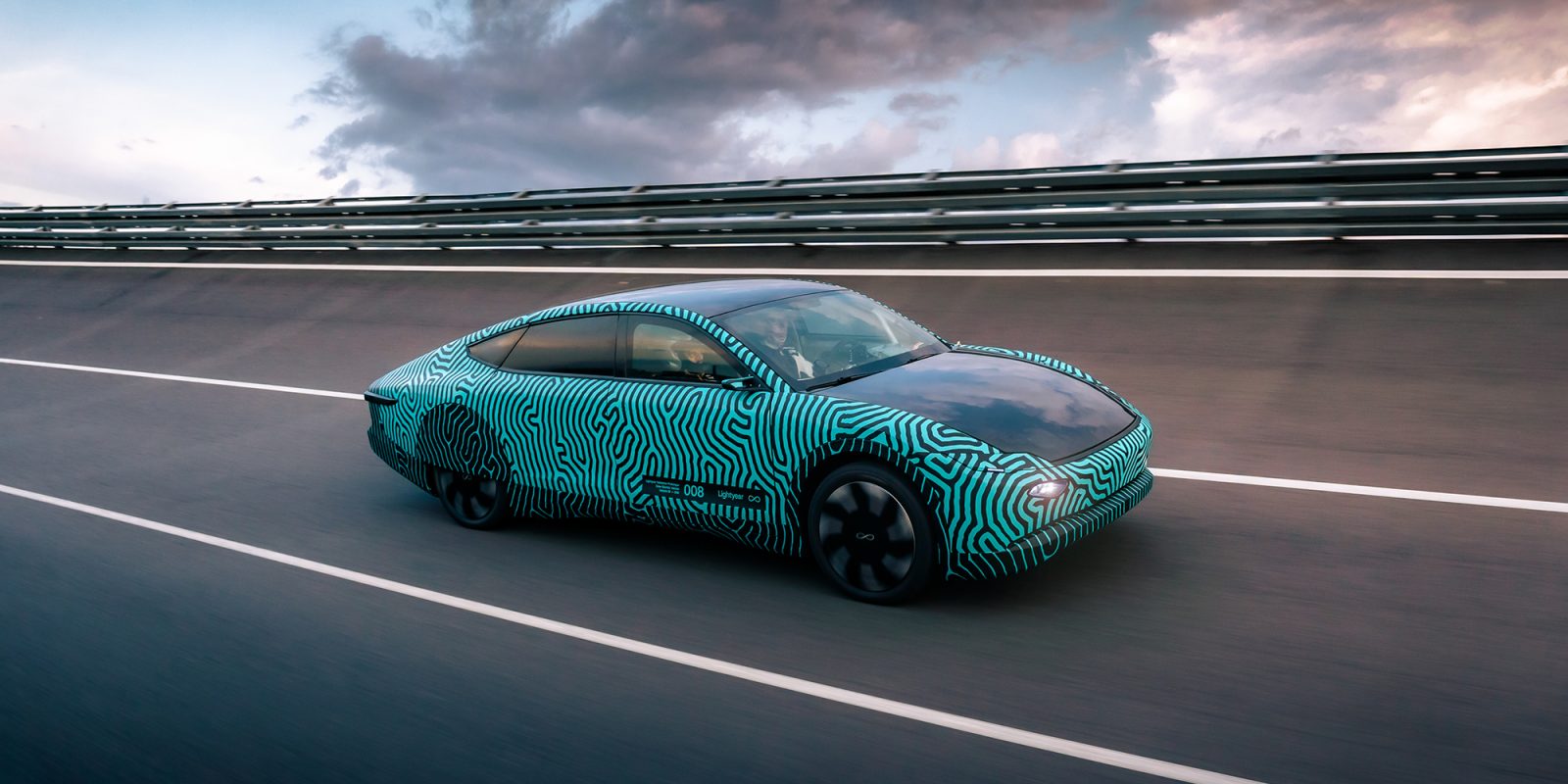 The latest prototype of the Lightyear One solar electric vehicle (SEV) has recently delivered tremendous range, all packed into a ~60 kWh battery pack. This full cycle driving test, conducted on a test track in Germany, has given the Lightyear team great insights and validation as it looks to deliver its Lightyear One SEV next year.

Lightyear is a Netherlands-based EV startup specializing in solar electric vehicles or SEVs. We’ve covered the automaker since its inception and continue to follow it as it moves ever closer to delivering its first SEV, the Lightyear One.

In January of 2020, Electrek‘s own Mikey G was able to get an up close look at a Lightyear One prototype to see how this solar EV might deliver such high range on a relatively small battery. From very early on, the startup has promised an impressive range of 450 miles on single charge in the Lightyear One.

No matter your level of previous skepticism, Lightyear’s latest prototype is now mere miles away from achieving this pledged milestone.

In a recent press release, Lightyear has shared the results of its latest track testing, demonstrating its newest Lightyear One prototype delivering 441 miles of range on a single charge.

The test was conducted at Aldenhoven Testing Center in Germany, where the prototype was operated through a full drive cycle at a speed of 53 mph, on a single battery charge of 60 kWh. In speaking with Electrek, Lightyear CEO Lex Hoefsloot was able to elaborate on the test, which took over nine hours.

Hoefsloot told us that the track is very flat, although the banked corners do give a slight incline at the start and finish. Those banking angles are between 67-72%. Overall, the prototype drove for just under nine hours, although the test took nearly 10 in its entirety because they had to switch drivers every two hours.

Previously, the Dutch startup has touted the benefits of integrating solar panels into its EV, offering up to 45 miles of additional range on a sunny day. We asked how much solar power contributed to the 441 miles in Germany, of which Hoeflsoot explained:

45 miles would be the additional range on a sunny day. In this case, it was a bit of a cloudy day, we got a few hours of good sun and in total about 3.4 kWh from the solar panels, which equals around 25 miles.

So there’s a very real chance that if the Lightyear One had seen a little more sun that day, it could have surpassed 450 miles of range with the full boost of its solar panels.

In addition to the solar panels, Lightyear was also focused on the battery performance, energy consumption of the cooling system, as well as the functioning of the in-wheel motors and the SEV software. According to the automaker, everything within the Lightyear One prototype was monitored to determine the yield of this 441 range benchmark.

This data will be used beyond the Lightyear One

After hitting a range of 441 miles on a relatively small battery in the Lightyear One prototype, we had to ask its CEO if the team was expecting to hit this range at this point, or if it had surpassed expectations. Hoefsloot elaborated for Electrek:

It definitely surpassed expectations on such a very early run. We know we can still improve on for example aerodynamics, the powertrain, brakes, and suspension. So we are very happy with these early results. It was very cool to see that our vehicle performance model did a good job in predicting these outcomes. At the same time, it will give valuable input on how to improve the model and also fine-tune our models for side-wind, brakes, and ambient temperatures. For example, it was quite a windy day at the track, so we saw a deviation there with the predictions from our model.

Once again, this track data will prove vital in fine-tuning the Lightyear One before it sees a limited run of 946 SEVs into production in the first half of 2022. When we asked if these insights will affect the price of the upcoming Lightyear One, Hoeflsoot explained:

These tests give us a lot of insights. It will mainly affect the price of the next Lightyear models, which will greatly benefit from this level of efficiency. Some of these early findings will find their way into future Lightyear tech and models as well. But it is not going to change Lightyear One, we are just happy to be on track.

Lightyear has shared goals to approach the mass market with additional vehicle(s) in 2024. You can view footage of the test day here: