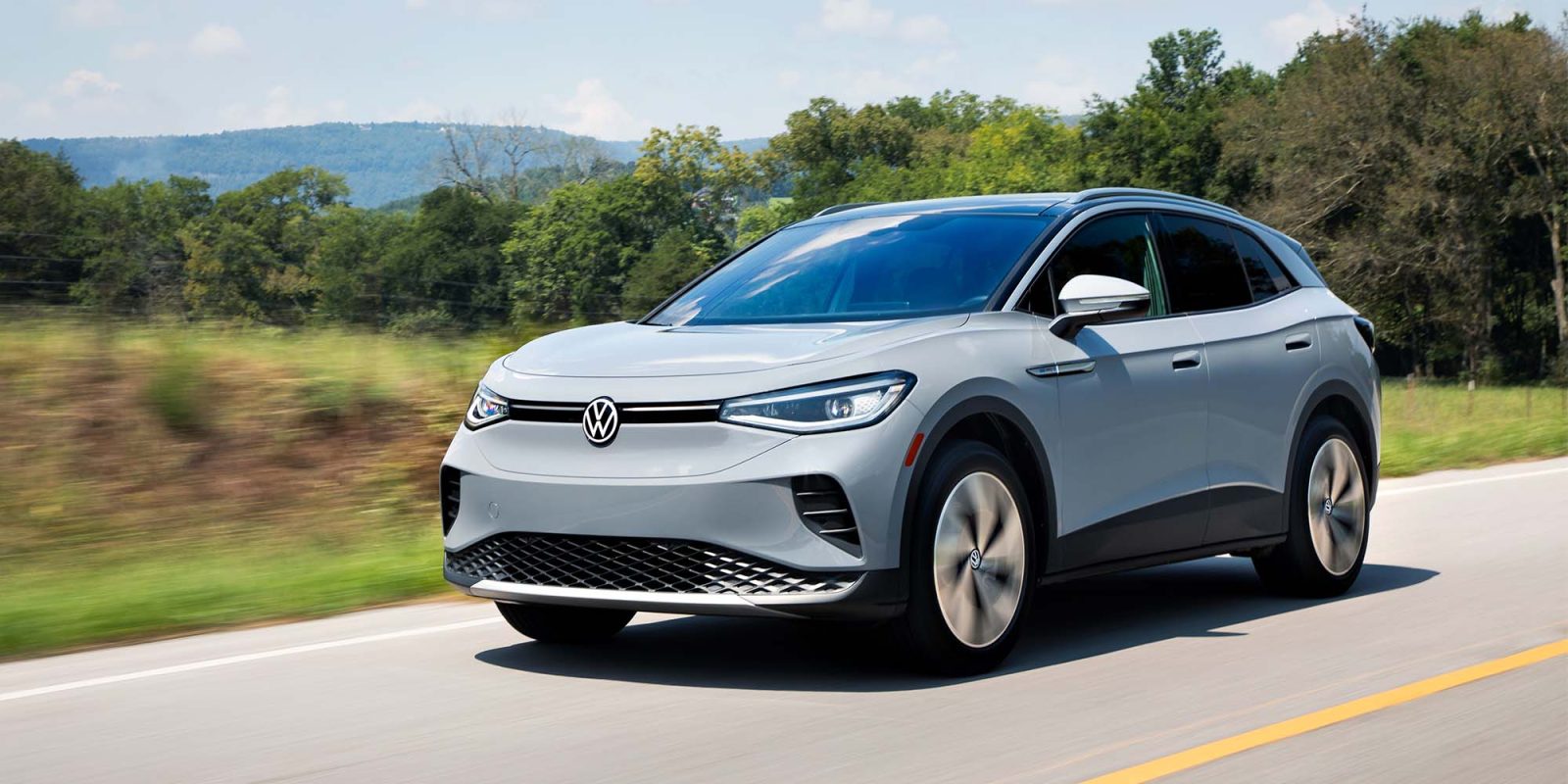 The Environmental Protection Agency (EPA) has confirmed the estimated mile range of two AWD versions of Volkswagen’s all-electric ID.4 SUV. The dual-motor trims of the ID.4 Pro and Pro S were announced over the summer, but we are just now seeing the EPA estimated range of each to compare the previous rear-wheel-drive versions.

Volkswagen’s ID family represents the legacy automaker’s commitment to a new generation of all-electric vehicles. To coincide with this zero-emission shift, the company even changed its name to “Voltswagen…” but it was apparently an April Fool’s joke… although it wasn’t even April Fool’s Day? We still can’t figure that PR stunt out.

Anyways, the electrification began in 2019 with the launch of the ID.3 hatchback. The ID.3 was joined a year later by the ID.4 crossover SUV, which has seen much success so far.

Not to be outdone, Volkswagen has already delivered an ID.6 crossover to China and has teased a “near-production” concept of an ID.5 GTX. We’ve even speculated about a possible hint to a new ID.2 hatchback coming in the future.

Previously, the Volkswagen ID.4 was available in three separate trims, but all trims featured single motor, rear-wheel drive. That changed this past June when the German automaker announced plans for two AWD trims of the ID.4, the Pro and Pro S.

With today’s announcement from VW, we now know what sort of range to expect from the dual-motor versions of the ID.4, now that the EPA has its numbers.

In a press release today, Volkswagen relayed that the EPA has confirmed the mile range of each of its dual-motor versions of the ID.4 crossover SUV.

For comparison, the RWD ID.4 Pro offers 260 miles of range while the Pro S delivers 250 miles. All in all, the dual-motor options lose 10-11 miles of range in exchange for the power of an additional motor.

While the AWD versions of the ID.4 still feature the same permanent-magnet synchronous motor in the rear, they also utilize an asynchronous motor, combining for a total of 295 horsepower with 339 ft-lb. of torque. That’s up from 201 hp on the RWD versions.

Here’s a further comparison chart to see how the different trims stack up.