Volkswagen to introduce camo’d ID.5 GTX in September as a ‘near-production concept’ 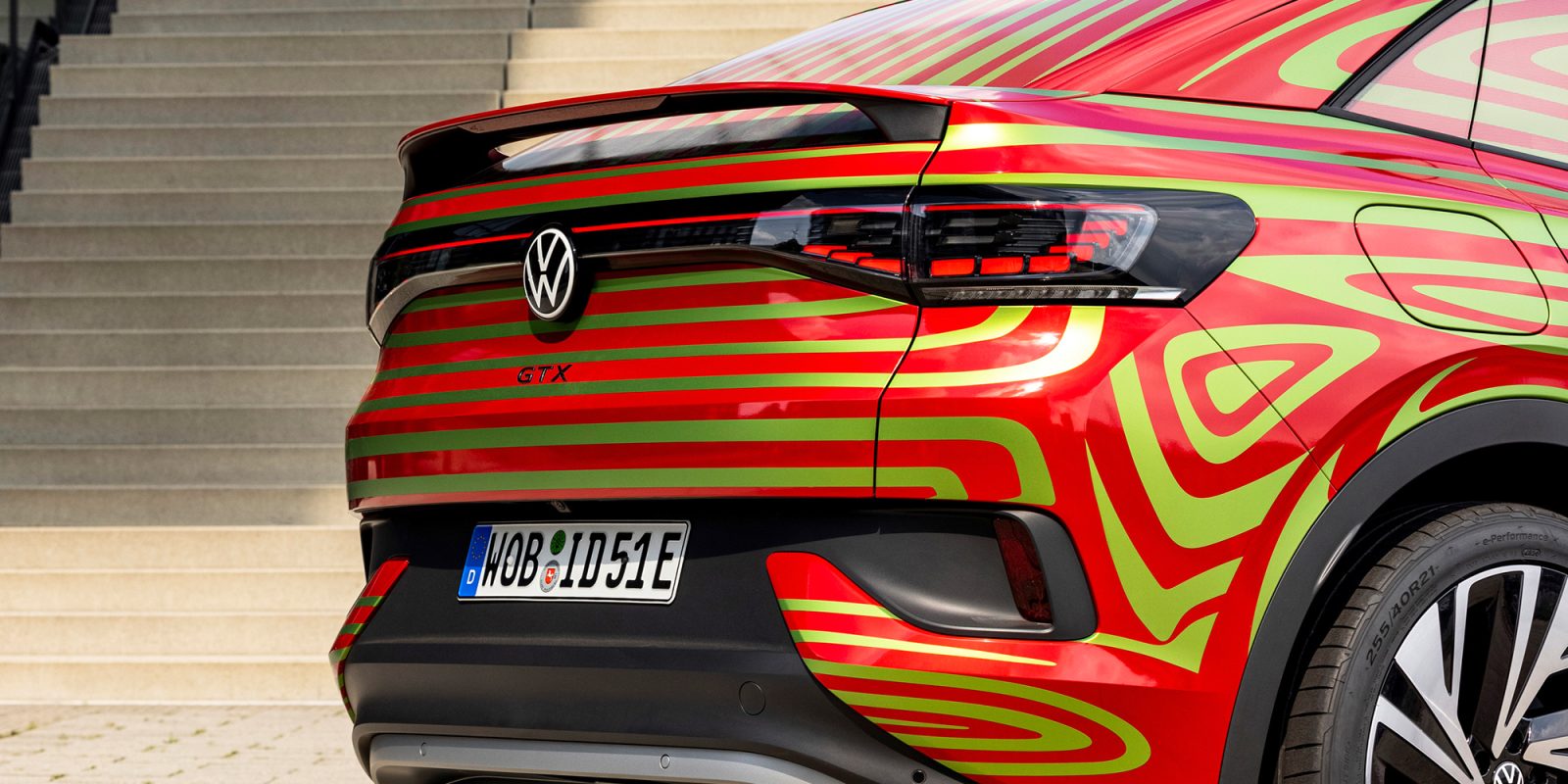 Global automaker Volkswagen has shared plans to showcase a version of its upcoming ID.5 GTX crossover SUV coupé next month at the IAA Munich Motor Show. However, this international expo debut comes with a caveat, as Volkswagen’s ID.5 GTX will be showcased as a “near-production concept” wrapped in camouflage.

Volkswagen has set a course to try and become the most popular automotive brand for sustainable mobility, with goals to become entirely carbon neutral by 2050 and increase EV sales in Europe to 70% by 2030.

To show how serious it is, the automaker even changed its name to Voltswagen... but was kidding… but sort of wasn’t kidding… but was?

With the ID.3 and ID.4 EVs hitting multiple global markets the past two years, Volkswagen is off and running with BEV deliveries, reporting over 170,000 already this year.

These EVs sit on Volkswagen’s Modular Electric Drive Matrix (MEB) platform and are supported by a huge new battery operation from Volkswagen Group that will eventually produce 500,000 MEB battery systems per year.

Recently, Volkswagen began delivering the first models of its ID.6 mid-size SUV to customers in China, although it has shared no plans for Europe. Many have speculated that this larger electric SUV could reach the US next due to its size, but that has not been confirmed yet.

With an ID.3, 4, and 6 already on the market from Volkswagen’s electric lineup, an ID.5 has felt inevitable. While the upcoming SUV coupé remains “near production,” visitors to IAA in Munich will get a camouflaged peak in September.

According to a press release from Volkswagen UK, the ID.5 GTX will make its international expo debut as the automaker’s first SUV coupé on the MEB platform. VW explains:

With its fluid lines, the ID.5 GTX is elegant and sporty. Short overhangs and big wheels highlight its strong character.

For those attending the IAA Munich Motor Show, those fluid lines might be hard to appreciate as the ID.5 GTX will arrive as a “disguised concept” wrapped in camouflage. Described by Volkswagen as a “near-production concept,” we currently have more questions than answers about the ID.5. Here’s what we know so far.

The abbreviation “GTX” represents Volkswagen’s new focus on athleticism, and the ID.5 will become the second GTX model alongside the ID.4.

According to the press release:

It continues the tradition of the successful GTI, GTD and GTE models and transfers it to the world of electric mobility. There is an electric motor on both the front and rear axle of the ID.5 GTX – the dual motor four-wheel drive guarantees strong driving performance, superior traction and sporty handling. The large lithium-ion battery between the axles enables a projected range of up to 497 km.

In addition to dual-motor AWD, Volkswagen is promising the ID.5 GTX to arrive with OTA update capabilities and Car2X technology. This is Wi-Fi p technology that allows VW vehicles to communicate directly with each other and their surroundings.

The ID.5 can be seen at IAA beginning on September 7, while Volkswagen says the ID.5 GTX will arrive at dealers sometime next year, although we have not confirmed if any of those dealers will lie outside of the UK and EU yet.