Volkswagen begins ID.3 pre-orders in China ahead of October launch 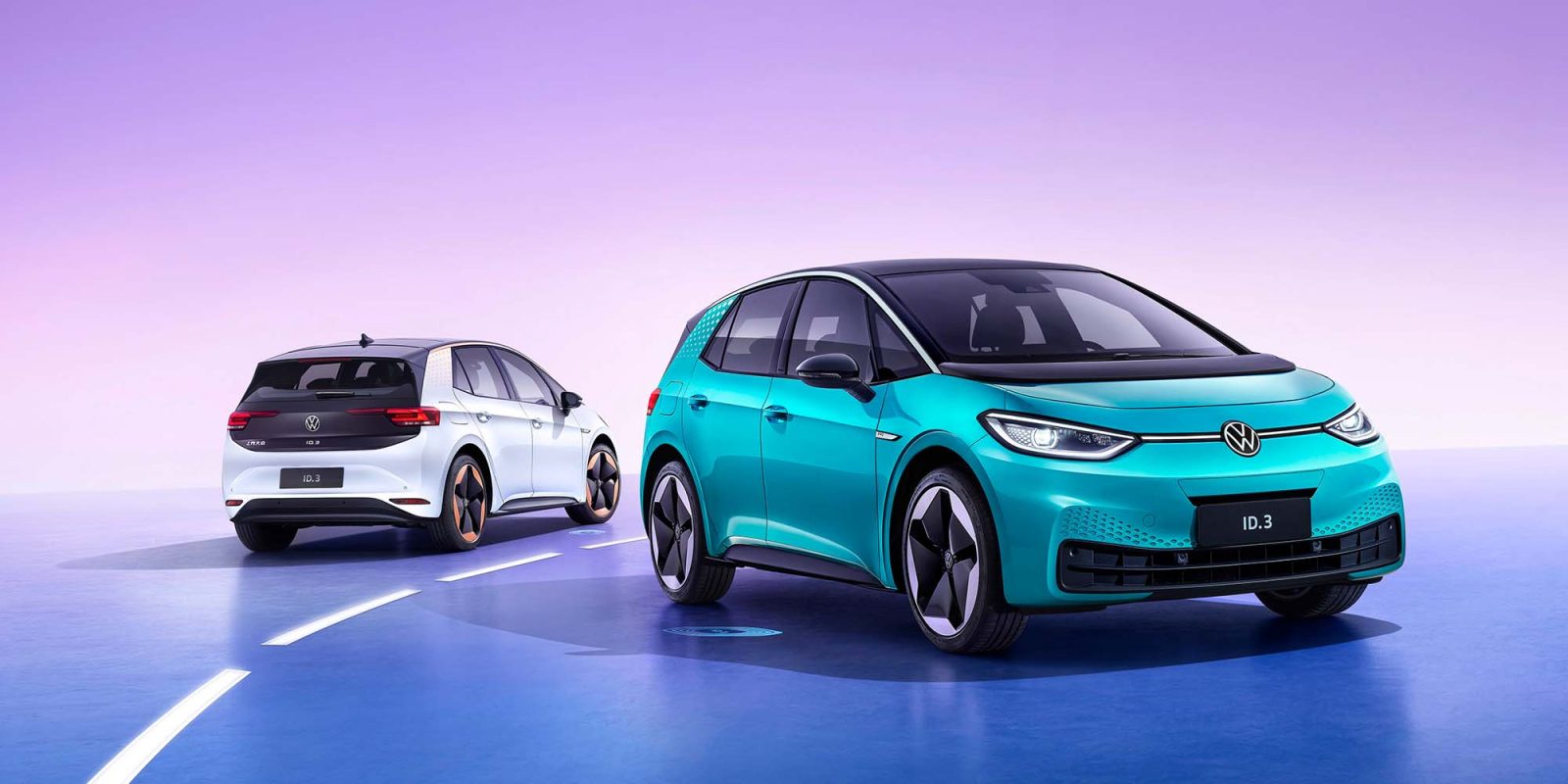 With its official debut at the Chengdu Motor Show in China, Volkswagen’s ID.3 is now available for pre-order ahead of deliveries this October. The ID.3 will now join Volkswagen’s ID.4 and ID.6 EVs overseas as the German automaker looks to expand its presence in China.

Volkswagen Group is a legacy automaker from Germany with a wealth of experience producing vehicles and terrible April Fool’s Day stunts. In China, VW operates through joint ventures to produce its vehicles for the Asian market. This includes FAW-Volkswagen to produce the VW and Audi marques, as well as SAIC-Volkswagen for VW and Skoda vehicles.

In April of 2021, Volkswagen introduced its ID.6 electric SUV, a larger version of its current ID.4, to initially debut in the Chinese market. The ID.6 consists of two different versions for China – the SAIC Volkswagen ID.6 X and the FAW-Volkswagen ID.6 CROZZ.

These two models could soon be joined by the ID.5 GTX as well, a “near-production” concept EV set to debut at IAA Mobility in Munich very soon. Currently, however, the ID.5 has only been confirmed for the UK and EU, and not China.

On the contrary, Volkswagen’s ID.3 will for sure be making its way to the Chinese market later this year.

Volkswagen ID.3 to begin deliveries in China this fall

In an official press release from Volkswagen Group, the automaker announced it is now taking pre-orders for its ID.3 EV in China.

The news comes following the EV’s first appearance in China at the Chengdu Motor Show. Volkswagen CEO Ralf Brandstätter spoke to the premiere:

Volkswagen’s global electrification offensive is rapidly gaining further momentum. After the ID.4 and the ID.6, we are now launching the ID.3 as the third all-electric model series in China within a mere six months. We are thus underscoring our ambition to occupy a leading position in the market for electric vehicles in China as well as Europe

According to the automaker, it plans to have 80,000 to 100,000 vehicles from its ID fleet delivered to Chinese customers by the end of 2021 (dependent on the semiconductor supply).

Volkswagen has also shared plans to increase its share of fully-electric vehicle deliveries to over 70% in Europe and is targeting an EV share of over 50% in North America and China. Volkswagen China’s CEO Stephan Wöllenstein spoke as well:

With the ID.4 and ID.6 we have successfully launched two strong model series in recent months. Feedback from our customers is promising, delivery figures meet our expectations. With the ID.3, we are now offering our customers a product in the important compact segment and, in combination with the other ID. models, are able to cover a large share of the market.

Volkswagen’s two current Chinese models have nearly doubled in deliveries month over month, with 1,500 units in May, 3,000 in June, and 5,800 deliveries in July.

Volkswagen customers in China are now able to reserve their ID.3 using a pre-booking system. The ID.3 is scheduled to begin deliveries in China this coming October.