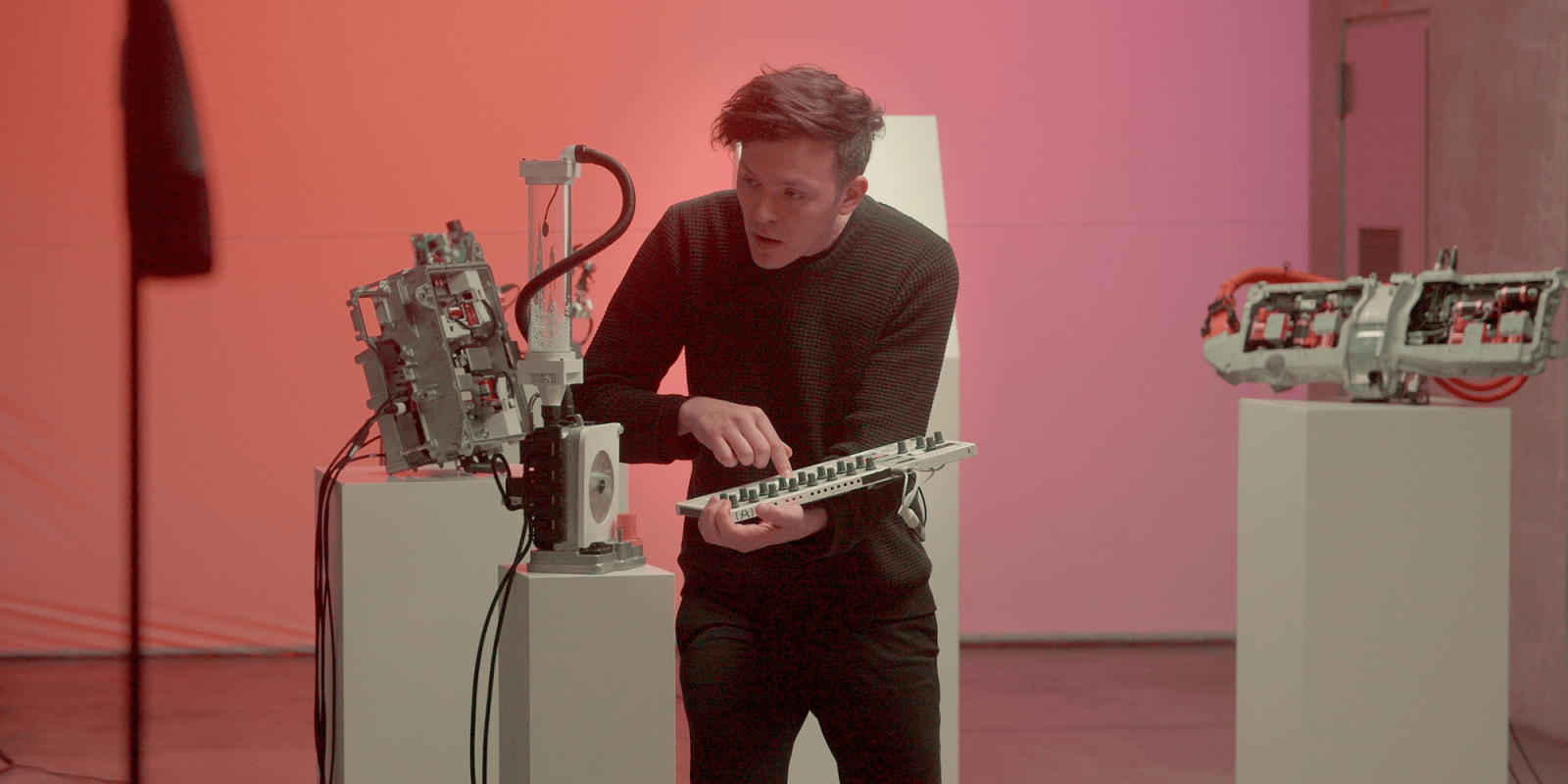 With all the talk of robots and AI lately, we felt it topical to showcase the same technology producing art. Polestar has teamed with musician and robotics engineer Moritz Simon Geist to create a whole new type of music. The songs were produced using robots configured from Polestar 2 components alongside actual sounds from the EV itself. You can also sample the music and create a custom soundtrack of your own.

Polestar is a Swedish car brand launched in 2017, focused on premium EVs. The automaker is the result of an “independent” venture between both Volvo Cars Group and Geely Holding. The automaker currently offers two electrified vehicles – the Polestar 1, a plug-in hybrid, and the all-electric Polestar 2.

As Polestar looks to double its retail presence across the globe, it has been using some captivating storytelling to gain a wider audience. This includes a documentary series on YouTube following the production process of its upcoming Precept EV, which originally began as a concept car.

Polestar continues to blend premium EV automotive design with art with its latest venture into song with the Polestar 2.

You can listen to a song featuring Polestar 2 sound samples

In a recent press release, Polestar announced a collaboration with robotics engineer and musician Moritz Simon Geist. Previously, Geist gained recognition by building robots from unusual components then made music with them.

By teaming up with the Swedish automaker, Geist has now created a new custom song using the Polestar 2. Per the release:

Moritz first built robots from parts of the car. Each robot extracted a sound sample using the various elements inside that component, either from a physical noise or from the system’s changing electromagnetic field. The samples were used to create beats which Moritz wove into an original composition, playing the car like an instrument.

Geist’s song “Sound of Soul” is now available to stream on SoundCloud. Additionally, Polestar has made all of the sound samples available on its website as a sort of pseudo-drum machine.

Now, you can become your own robot musician and create your own soundtrack of songs using sounds from the Polestar 2. Head of Brand and Marketing at Polestar, Åsa Borg, elaborated:

The car industry is traditionally a closed one. We believe in looking outside of the sector and are intrigued by people and companies that go their own way. Polestar aims to challenge the conventions of the automotive industry; Moritz aims to challenge the way we perceive sound and make music – a like mind with a different and interesting perspective.

You can check out Moritz Simon Geitz and his song producing Polestar 2 robots below: