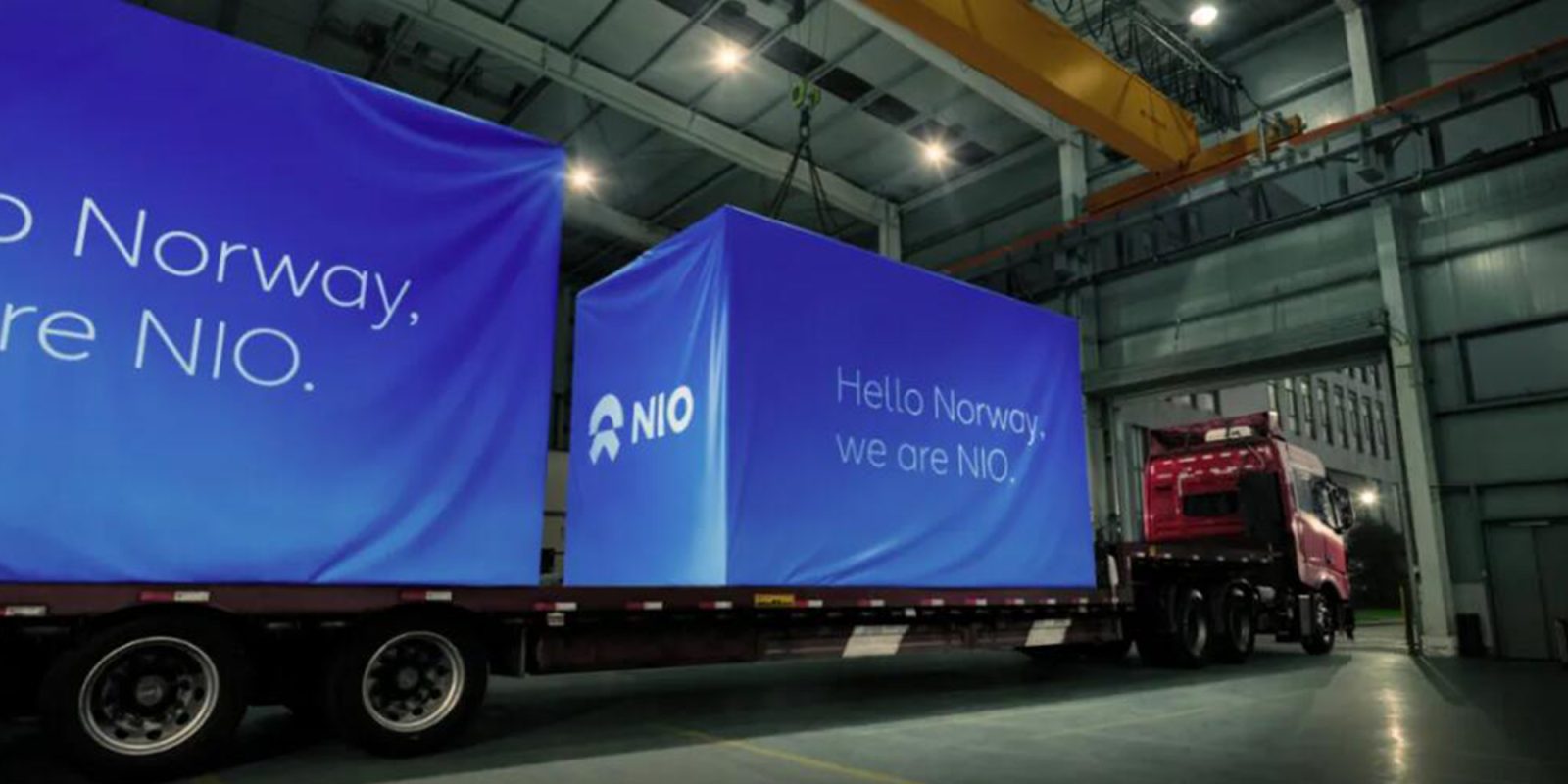 NIO’s expansion overseas has officially begun as superchargers and swap stations have begun their journey to Norway and are expected to arrive next month. According to the Chinese automaker, home chargers and superchargers will be officially available to Norwegian customers beginning in September, while the first rollout of four battery swap stations will become available before year’s end.

NIO ($NIO) is a publicly traded automaker founded in 2014 and based in Shanghai. The company actually debuted its first EV, the EP9 two-seat sports car, the day its brand was established. NIO then quickly solidified itself as a leading brand for electric SUVs with its ES8, ES6, and EC6 offerings.

The Chinese automaker announced the launch of its first luxury sedan, the ET7, last January to compete with other EVs like the Tesla Model S. This past May, NIO announced it will be expanding outside of China, beginning with sales in Norway. Most recently, the company announced it had been approved for mass production of its ES8 SUV throughout Europe.

With its most recent announcement, NIO has officially begun its journey overseas with charging equipment en route, followed by an extensive timeline of Nordic milestones.

NIO has previously explained that these swap stations have been specifically adapted to meet local climate regulations in Norway.

Furthermore, NIO has already worked with the Scandinavian country to ensure its incoming battery swap stations are certified to meet the requirements for electrical and mechanical safety, structural load-bearing, and fire ratings in Norway.

NIO’s superchargers have also been modified to meet local Norwegian regulations, which required a pivot toward the European standard charging gun design, a maximum power of 180kW, and a maximum current of 250 amps.

NIO plans to implement four initial second-generation battery swap stations in Norway this year, with plans to expand to five Norwegian cities in 2022.

In addition to charging infrastructure, NIO has already shared plans for a NIO House (a shared luxury retail space exclusively for NIO owners) and a service center in Oslo.

As you can see from the timeline above, the Chinese automaker plans to begin delivering its ES8 to customers in September, followed by its upcoming ET7 sedan next year.

Get ready, Norway — NIO is on its way and intends to roll out EVs rather quickly after it hits Northern Europe.