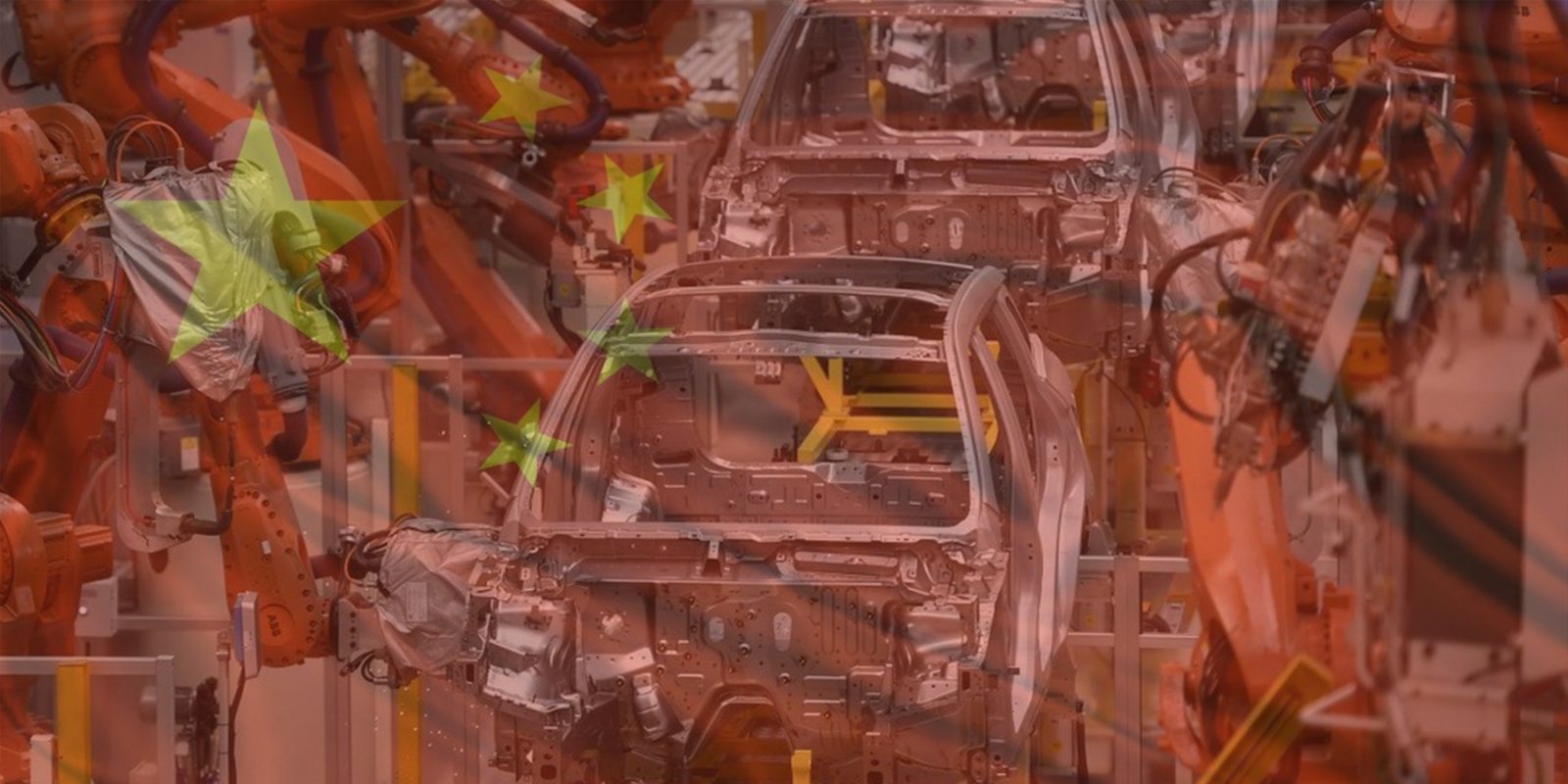 Tesla continues to grow in market value and most recently, in crypto currency. Being No. 1 puts an “x” on the American automaker’s back, but it also helps fuel a healthy pool of Tesla competitors, especially in China. Below are several of the big names making extensive gains in the Asian auto market. These companies are already challenging Tesla in China, and some may bring the competition to American soil next.

The People’s Republic of China has a population of nearly 1.4 billion people. It’s no wonder it has the largest global market share of all automobiles. Furthermore, government regulations promoting New Energy Vehicles (NEVs) as well as subsidies helped China maintain nearly 50% of EV sales worldwide in 2020.

Like many industries, 2020 was a roller-coaster of drama and delays due to a global pandemic. From February to March alone, lockdown measures stifled manufacturing facilities and supply chains in China. At the same time, consumer demand had diminished. This sudden decline in EV sales threatened the Chinese government’s target of NEVs, accounting for 20% of all auto sales by 2025.

In the second half of 2020, however, the EV market made significant gains after lockdowns were relaxed. According to the International Energy Agency, monthly sales of EVs surpassed between July and December 2019 in all large markets. In China alone, electric car sales were 12% higher year-on-year.

Looking ahead to this coming year, China will continue to utilize its NEV subsidy program to incentivize consumers to purchase vehicles from companies like the ones mentioned below. China’s full phaseout of subsidies has now been postponed from 2020 to 2022 (although they are still slashing percentages). The next two years will be crucial in gaining ground on Tesla. Speaking of gaining ground, let’s start with the automaker being donned, “the Chinese Tesla.”

NIO is a publicly traded automaker founded in 2014 and based in Shanghai. The company actually debuted its first EV, the the EP9 two-seat sports car, the day its brand was established. NIO quickly established itself as a leading brand for electric SUVs including its ES8, ES6, and latest EC6.

The Chinese automaker now looks to expand its reach in the EV market with the recent debut of its first luxury sedan, the ET7. This new EV seems like it will try to compete with Tesla’s Model S. Much like Tesla, NIO has its hand in other extensions of the EV market, including the NIO Life apparel brand, NIO Service centers, and NIO Power, which handles the company’s network of battery swap stations.

NIO is all in on battery swap technologies

Speaking of battery swaps, that is one form of tech that separates NIO from Tesla as a competitor in China. Battery swapping allows EV owners to easily replace the vehicle’s battery once it goes dead or requires an upgrade. This has become the core of NIO’s business model, hence the division of NIO Power. On the contrary, Tesla chose to abandon battery swap technologies several years ago. It instead chose to develop longer-lasting batteries for its EVs.

Nevertheless, NIO has used battery swapping to its cost advantage. China’s subsidies generally only apply EVs priced under RMB300,000 ($46,600). However, there is a vital exception granted to vehicles built with battery-swapping tech. This allows the NIO to price its vehicles in the premium category while still incentivizing potential customers with cuts from government subsidies. That being said, the government’s plans to slash future subsidies could soon jeopardize this price advantage. It would leave many of NIO’s models priced above Tesla. Check out our latest coverage this automaker by checking out our NIO guide.

Moving north on the map of China is Li Auto. This Beijing-based automaker founded in 2015 also offers a manufacturing facility in Changzhou near Shanghai and NIO HQ. After a Nasdaq IPO last summer that raised $1.1 billion, Li Auto is now publicly traded.

While Li Auto is only one year younger than its Chinese competitor NIO, it has some serious catching up to do. To date, Li Auto only offers one vehicle, a luxury crossover SUV called the Li Xiang One. What separates this automaker from the others on this list is the fact that Li Auto manufactures plug-in hybrid electric vehicles (PHEVs).

This may already seem like a passing technology compared to fully electric vehicles, especially as China has tremendous goals and deadlines for lowering carbon emissions. However, Li Auto is trying to target a specific corner of the Chinese automobile market and act as the bridge between consumers abandoning archaic ICE vehicles and diving head first into fully electric vehicles.

Is Li Auto a competitor to Tesla in China? Perhaps not yet, but there are some interesting similarities. Founder and CEO Li Xiang has been compared to Tesla CEO Elon Musk for his unique vision of the future of electric vehicles. Oh, and he’s also a billionaire. It’s unclear what Li Auto has planned next to try to dethrone Tesla, but it probably involves a second vehicle for sale.

Xpeng Motors is another automaker based in China hoping to serve as a competitor to Tesla. Founded in 2014, it is the southernmost Chinese automaker on the list with its headquarters in Guangzhou. Xpeng went public last summer on the New York Stock Exchange (NYSE) raising $1.5 billion (take that, Li Auto).

Since 2018, Xpeng has launched two electric vehicles. First was the G3 SUV, followed by the P7 sedan in 2019. Xpeng’s CEO has hinted at a third model, a sedan, but there have been no further details. The P7 is a clear attempt to compete with Tesla’s Model 3 sedan while the G3 is more similar to the Model Y, although it debuted two years prior.

While Xpeng currently operates in China, and has recently begun deliveries to Norway as well. It did operate a subsidiary in the US at one point too. The company briefly held a permit with the California DMV to operate self-driving tests. This technology has been growing exponentially among major automotive players like NIO and Tesla. Xpeng Motors has not revealed any plans to enter the United States market yet, but its enormous rounds of funding on the NYSE should be encouraging to the automaker.

Of the Tesla competitors in China listed above, Kandi Technologies remains one of the longest-running. With that said, the company remains a tiny but powerful entity in the EV auto market. Since inception, Kandi has manufactured the automobile designs of fellow Chinese companies like Geely. It has also supplied over 40,000 EVs to the cities around China in the world’s largest Carshare program.

Unlike many of the other competitors in China, Kandi is known for its compact and affordable EVs. The automaker currently offers three models in China: the K23 multi-purpose EV, the Maple 30X SUV, and the K27, which looks very much like an electric Mini Cooper. What’s also unique about Kandi Technologies is that it specializes in other means of transportation like electric tricycles, ATVs, and even go-karts.

What truly makes Kandi the most unique out of this list is that it is the only automaker to make the trek overseas to sell EVs in the United States. Kandi America debuted in 2019 and was soon approved to export EVs to the US by the National Highway Traffic Safety Administration (NHTSA). Kandi America’s website is currently taking preorders for the K23 and K27 4-door EVs. The two are listed at $20,000 and $10,000, respectively, after the federal tax credit for EVs.

Kandi promised to begin deliveries stateside at the end of 2020, but there hasn’t been an update since then. The automaker is currently facing a class-action lawsuit alleging it inflated some of its revenue numbers. Regardless, Kandi is the first Chinese automaker blazing a trail for other competitors in China to expand and challenge Tesla.

Other Tesla competitors in China?

Are there any companies we missed? Is there another Chinese automaker we should know about? Let us know in the comments below.