EVgo is behind on charger installations for GM, grounds for agreement termination [Update] 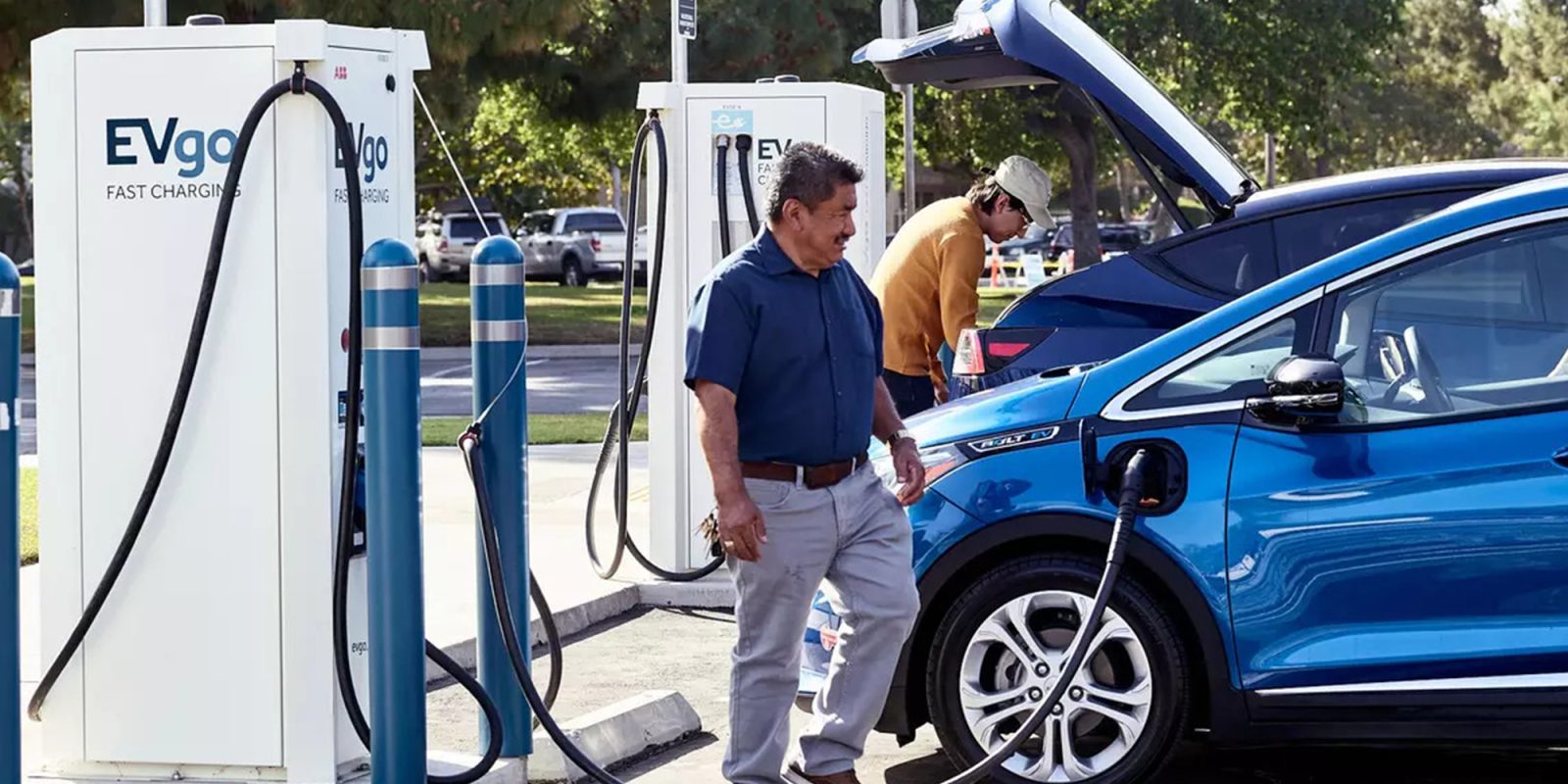 A recent SEC filing has revealed that electric vehicle charging network EVgo is still 82 charger installations short of meeting its June 30 milestone deadline for the quarter, part of an agreement with General Motors (GM). According to the filing, missing this milestone would give GM the power to terminate the agreement and seek pre-agreed liquidated damages of up to $15 million, although GM currently remains confident in EVgo.

This past April, GM announced the launch of a new product called Ultium Charge 360, partnering with seven different charging networks to provide drivers with access to nearly 60,000 chargers in the US and Canada. EVgo joined GM’s Ultium Charge 360 under the condition the company meet certain milestones. This includes EVgo installing 2,750 chargers by December 31, 2025, with 80% of them installed by the last day of 2023.

Furthermore, the GM agreement requires EVgo to increase charger additions year-over-year through 2023 and maintain network availability (the percentage of time a charger is operational and available) of at least 93%.

As first pointed out by u/trsmith83 on the r/electricvehicles subreddit, a recent SEC filing revealed EVgo is quite a ways off its first benchmark of the agreement. The filing itself is actually a proxy statement from Climate Change Crisis Real Impact I Acquisition Corporation ($CLII).

This SPAC announced plans to merge with EVgo last January and filed the proxy statement for a special meeting inviting shareholders to vote on the merger. However, some excellent sleuthing to page 31 of the proxy statement reveals EVgo’s honest progress in charger installations, which is behind. Here’s an excerpt:

As of May 14, 2021, EVgo had 82 chargers left to install in order to meet its charger-installation milestone for the quarter ending June 30, 2021. EVgo believes that it may not meet the charger-installation milestone for the quarter ending June 30, 2021, due to delays in permitting, commissioning, and utility interconnection resulting from COVID-19 disruptions in business operations across the engineering and permitting chain, as well as industry and regulatory adaptation to the requirements of high powered charger installation including slower than expected third party approvals of certain site acquisitions and site plans. Going forward it is uncertain if these, or other potential issues in the procurement, installation, or energization of DCFC, will be resolved in a timely fashion, and EVgo believes that its ability to meet its charger-installation milestones under the GM Agreement may continue to be impacted by circumstances similar to those experienced during the first quarter of 2021.

Essentially, EVgo has seen significant delays in its charger rollout due to the global pandemic, piled on top of a lot of civil and municipal red tape. Furthermore, EVgo openly admitted to shareholders that it might not hit its first milestone by the end of the month, nor is it optimistic it will be able to meet future milestones.

The filing also reveals that if EVgo does, in fact, miss this June 30 benchmark, GM has the right to terminate the entire agreement. Here’s the fine print:

The GM Agreement is subject to early termination in certain circumstances, including in the event EVgo fails to meet the quarterly charger-installation milestones or fails to maintain the specified level of network availability. If GM terminates the agreement, EVgo may not be entitled to receive continued payments from GM and instead may be required to pay liquidated damages to GM. In the event EVgo fails to meet a charger-installation milestone or maintain the required network availability in a calendar quarter, GM has the right to provide EVgo with a notice of such deficiency within thirty days of the end of the quarter. If the same deficiency still exists at the end of the quarter immediately following the quarter for which a deficiency notification was delivered, GM may immediately terminate the agreement and seek pre-agreed liquidated damages of up to $15.0 million.

Ouch. Technically, GM could eventually have the power to terminate the terms of its agreement with EVgo in which the charging network receives no more funds from GM and potentially pays back up to $15 million in damages. EVgo has essentially one month to play catch up, but judging by its notes to shareholders, those benchmarks aren’t looking good.

UPDATE: We’ve received an official comment from GM regarding its agreement with EVgo, that conveys continued confidence looking ahead:

GM’s partnership with EVgo is off to a strong start and we are confident that the longer term commitment to add an additional 2,700 fast chargers through 2025 is on track. We understand that the deployment of charging infrastructure can come with many variables outside of any one company’s control, like the timing of local permitting. We continue to collaborate with EVgo and they have let us know they are moving forward confidently.

Rome (with copious charging infrastructure) wasn’t built in a day. This is a complicated and byzantine process for companies like EVgo. Throw in a bottleneck like a global pandemic, and that means permits take that much longer, site approvals and equipment production are that much slower, and the list goes on (see quote above).

EVgo, like many other companies large and small, has felt the wrath of the pandemic and is maneuvering the aftershocks. But to not only miss the mark but the first mark of several between now and 2025 is not great optics, especially as EVgo looks to have its SPAC merger approved. Still, the reasoning behind the delays makes sense.

GM is not guiltless in this infrastructural flop, either. Instead of trying to create and implement its own charging network, it chose to try to combine access to seven different companies, each with their own way of doing business, own charging devices, software, and other processes. That’s a lot of cooks in one kilowatt kitchen.

GM appears to remain completely confident in EVgo, which should be encouraging for the charger company as well as the others under the Ultium project. Let’s hope EVgo can overcome this initial speed bump and continue to expand its massive network.