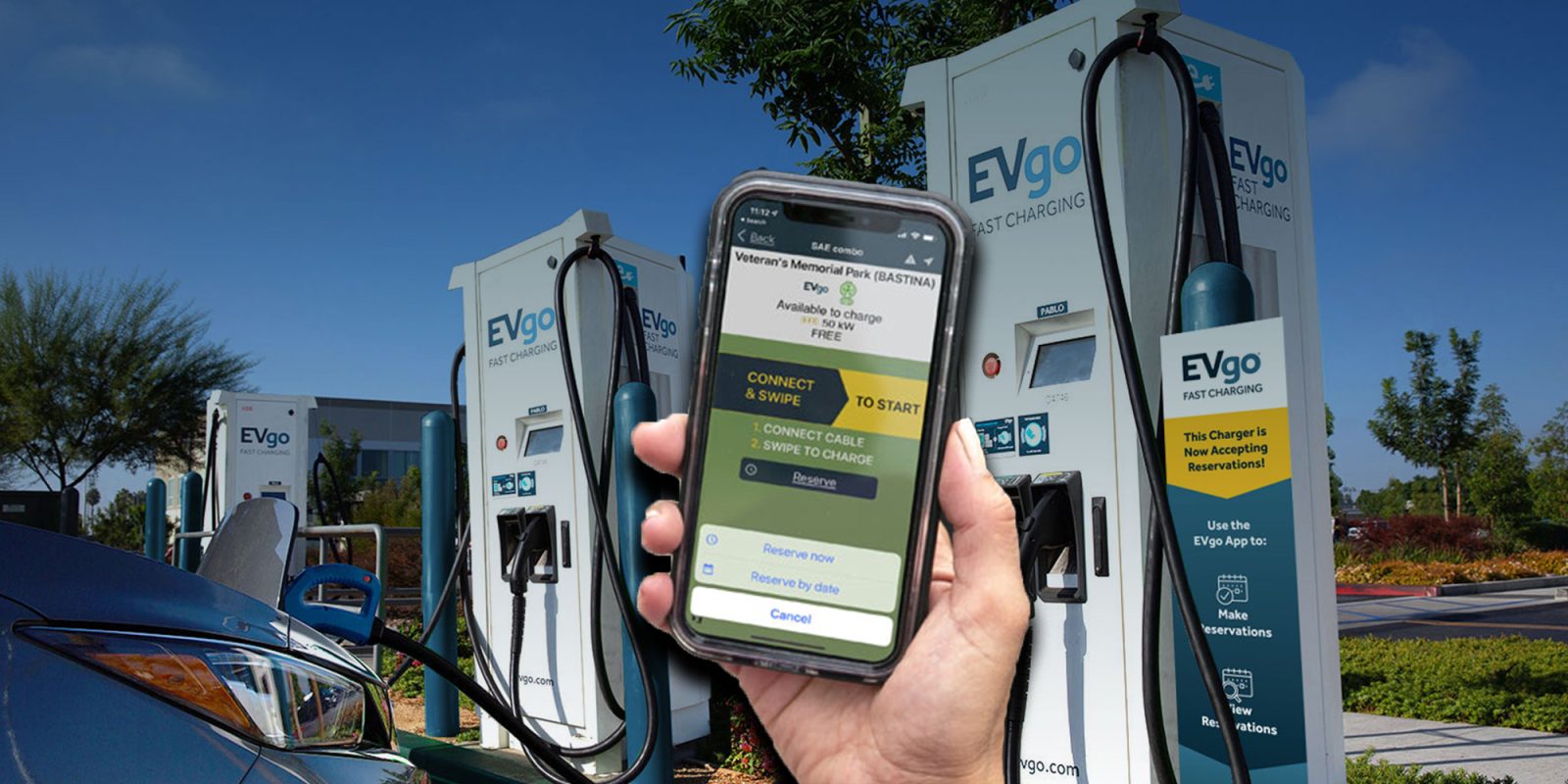 Public fast-charging network EVgo has announced a new program called EVgo Reservations that gives drivers the freedom to claim their spot at a charger ahead of time. The initial rollout consists of 17 locations across California and the Seattle area in a pilot program that has already expanded.

EVgo remains one of the more prominent names in charging infrastructure, celebrating itself as the largest public EV fast charging network in the US, as well as the first powered by 100% renewable electricity. The company recently reached a milestone of over 250,000 customers nationwide.

The company continues to expand not only its reach in EV charging infrastructure, but its implementation of new technologies too. Recently, EVgo has begun rolling out chargers capable of 350 kW output, helping drivers charge quicker and more efficiently.

EVgo now looks to remove the hassle of finding a charger as well with the deployment of its new Reservations pilot program.

In a recent press release, EVgo announced 17 locations that now feature the new EVgo Reservations program. The company’s software team developed this new feature by integrating various makes and. models of EV fast chargers with its own back-end software system.

As a result, drivers can now make a reservation at a charger of their choice while en route, or up to two weeks in advance. Cathy Zoi, CEO of EVgo shares her thoughts:

Innovation at EVgo starts with listening to EV drivers to understand and address their evolving needs. We heard directly from a number of our customers that they’d value the ability to reserve fast chargers ahead of time so they can know it will be available for them during their weekly grocery shop or during the kids’ baseball practice. EVgo knows that making charging convenient for all EV drivers is how we’ll accelerate the move to an all-electric future.

The original pilot program for EVgo Reservations began earlier this year at select chargers throughout Los Angeles and San Francisco, but has now expanded in both those cities as well in Sacramento, Santa Barbara, and Redmond, Washington.

The company has provided a detailed list of where each reservable charger is located, along with detailed instructions on making a reservation on its website.

You can use the EVgo Reserve Now feature on the app to book immediately, or EVgo Reserve by Date to book a specific date and time in the future. Furthermore, you can also visit the reservations tab on the EVgo website to secure your spot and learn more.

It felt like a game changer years and years ago when we could all suddenly reserve our seats at the movie theater (remember those?) ahead of time, without having to wait in line at the box office. This feels like it could be a similar paradigm that forever changes how we charge our EVs.

It’s still a very limited rollout at this time with no immediate mention of more expansion, but the West Coast – San Francisco and LA in particular – is a popular incubator for pilot testing like this.

Allowing for reservations could help those running errands to plan their route based around an available charger at whatever store they’re looking to visit and could do wonders for those type-A personalities out there (we see you).

Lastly, this could prove super effective for travelers as they can reserve their spot from the road or even weeks before they depart to ensure they can charge quickly to get back on their journey. Let’s keep an eye out to see if any competitors adapt this same reservation strategy too, as that feels inevitable.