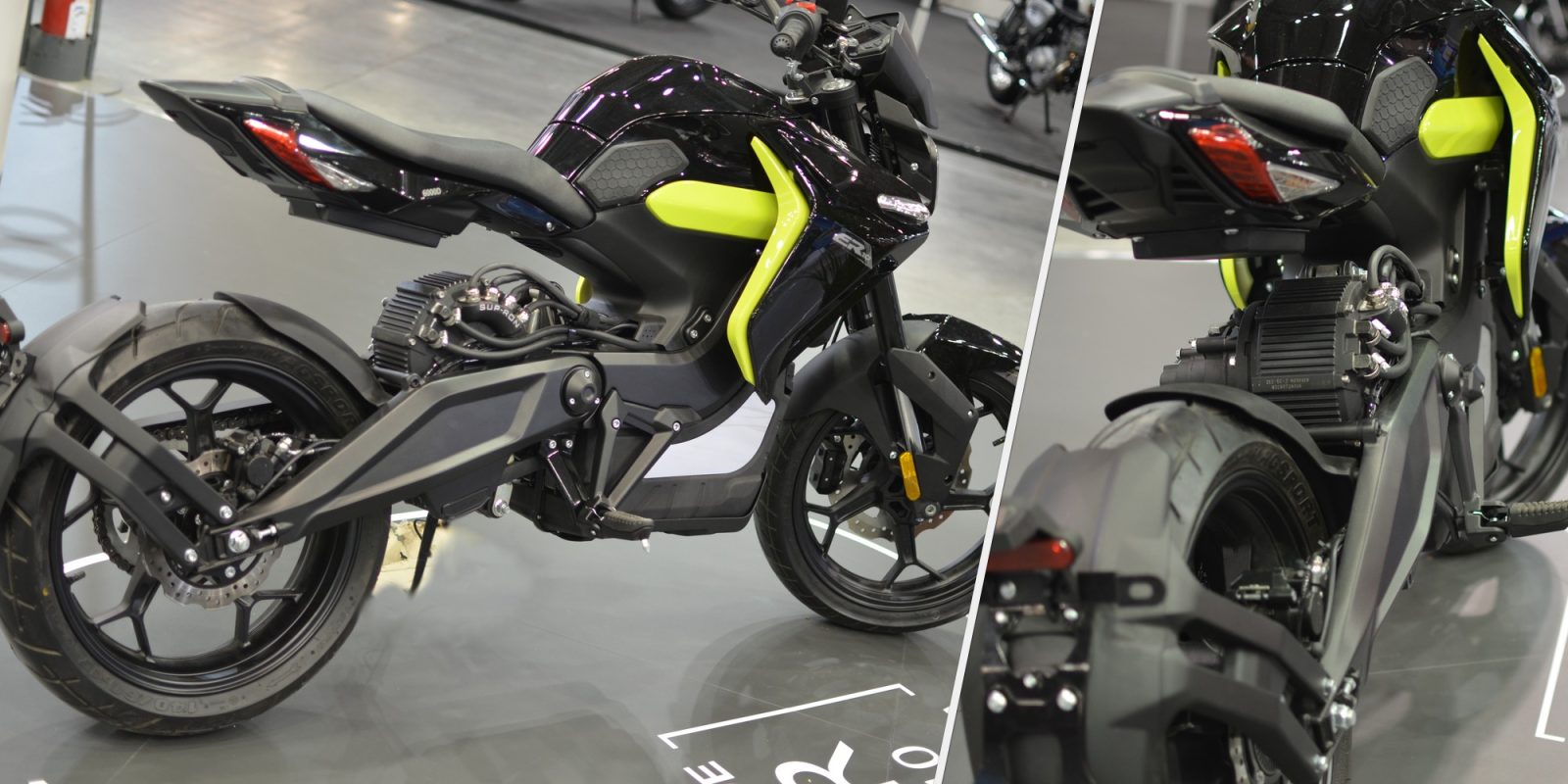 The Voge ER10 is the latest electric motorcycle import headed for the European market, but this time things could be different.

That’s because unlike many of the 50cc-equivalent Asian electric two-wheelers we have seen reaching the continent, the Voge ER10 is a more powerful 125cc-equivalent model.

We were on hand for the ER10’s unveiling back at the last EICMA Milan Motorcycle Show, where the new bike was met with high hopes around the world. Along with the Sur Ron Storm Bee, it was one of two electric motorcycles seen as leading a wave of Asian bikes westward.

The higher speed and higher power motor (a 6 kW unit borrowed from Sur Ron) mean that the Voge ER10 requires a motorcycle license in most markets, but that’s a low obstacle to overcome for riders seeking a cleaner, lower maintenance motorcycle for urban commutes.

The bike sports an interesting design with a swingarm-mounted motor not unlike some other lightweight electric motorcycles we’ve tested. The liquid-cooled 6 kW motor carries a peak output of 14 kW when pushed to the max.

The Voge ER10’s 60V and 70Ah battery pack carries 4,200 Wh of capacity. The company claims that’s enough for up to 120 km (75 miles) of range per charge, though that figure is calculated at a measly 30 km/h (18 mph) constant speed. Don’t expect to see triple-digit-kilometer range in real-world riding.

The 115 kg (253 lb) bike is certainly lighter weight than the full-size and full-power alternatives in the European market, and should make it easy to handle for beginner riders.

What might be a bit harder to handle is the price. In the Italian market, where the ER10 has just been introduced, the bike carries a price tag of €6,590 (approximately US $8,000).

While that’s a fair bit lower than the likes of Energica or other major electric motorcycle players, it’s still quite a hefty price for a ride with these performance specs.

For comparison, the SONDORS Metacycle was recently unveiled in the US with similar power and battery specs, though with a slightly higher top speed of 130 km/h (80 mph).

That bike’s US $5,000 price tag launched a frenzy of orders and seemed to identify the price point where consumers would much more easily begin parting with their paychecks for an electric motorbike.

Even so, the limited number of middleweight electric motorcycles in Europe could see the Voge ER10 turn the market on its head, especially compared to domestic offerings. For example, the 70 km/h Vespa Elettrica electric scooter is priced similarly yet provides substantially lower performance figures.

In a market that is crying out for new offerings, the VOGE ER10 will certainly be a sight for sore eyes.