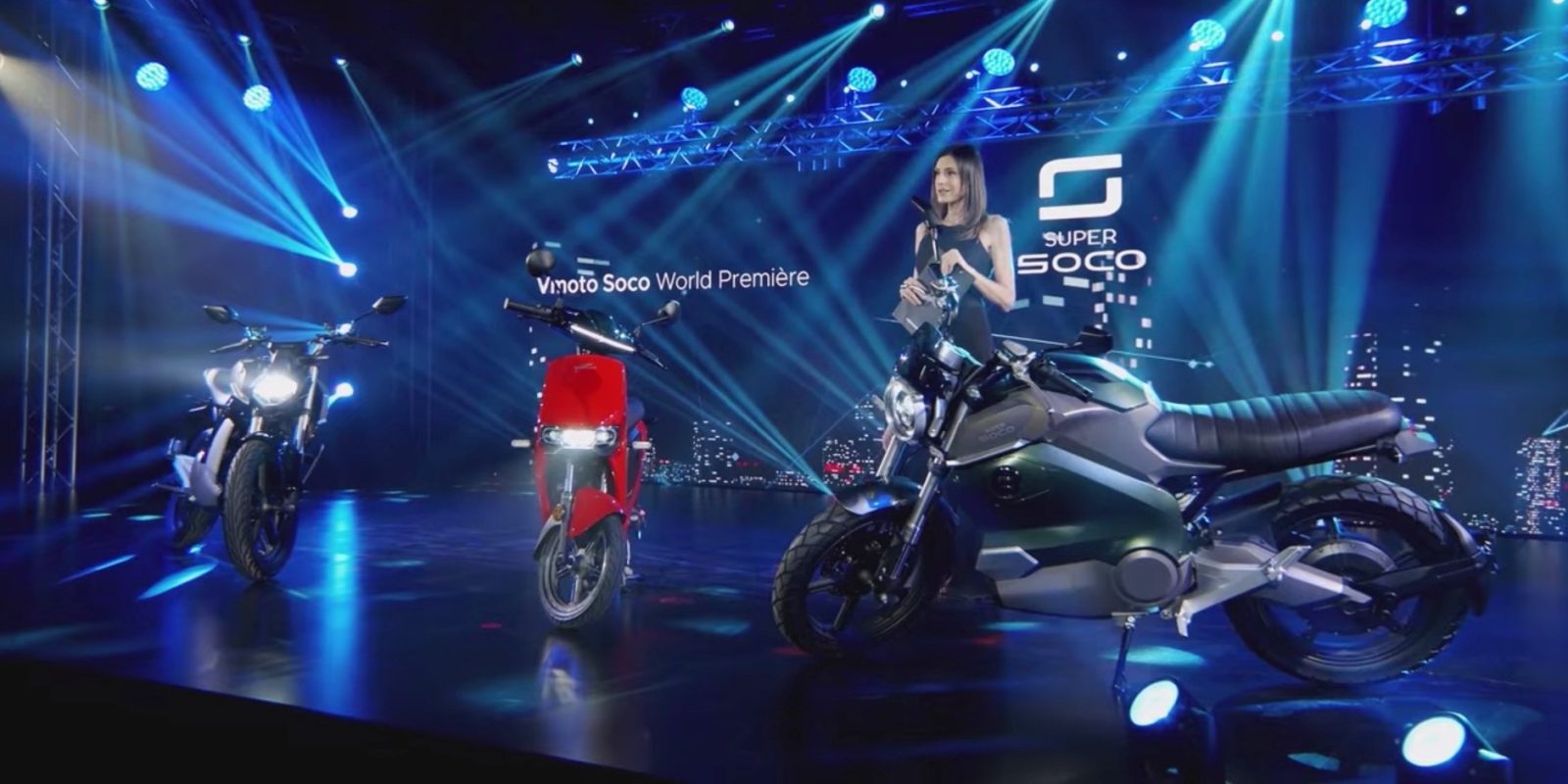 We’ve been waiting for this virtual unveiling since late 2020, when Vmoto began dripping teasers for its upcoming new electric motorcycle models.

The first model unveiled during the virtual event was the TS Street Hunter, which we got a look at in a teaser last month.

The TS Street Hunter is the latest evolution of the company’s TS line. The bike is the sporty option in Super Soco’s lineup but is still designed for comfortable commuting.

In fact, Super Soco explained that the two-wheeler splits the difference between sport and comfort. The bike includes wide handlebars and a triple density foam seat that strikes a balance between a sporty ride and comfortable ergonomics.

Powered by a 2,500W continuous-rated rear hub motor putting out 180 Nm of torque, the TS Street Hunter reaches a top speed of 75 km/h (46.6 mph). It has three built-in power modes that allow riders to dial back the speed if necessary.

A pair of 60V and 32Ah batteries add up to 3.84 kWh of capacity. Super Soco claims the bike can reach a maximum range of 200 km (121 mi) per charge, though at the (hilariously) slow speed of 25 km/h (15 mph). For anyone crawling along in traffic without the ability to lane split, that might actually be a realistic range. For the rest of us traveling at real world speeds, don’t expect to actually see 200 km of range.

The key differences are mostly found in the design. The TC Wanderer is the retro-inspired member of the lineup and sports a round headlight and round analog speedometer that fits the vintage feel of the bike.

Super Soco also claims that the TC Wanderer is designed for more dual sport use, offering the ability to head off-road on the same bike that you’d use to commute to work.

Last and kind of least is the runt of the litter: The CUmini.

It may be small, but don’t count this open scooter out just yet. The little CUmini is designed for urban mobility and that is likely exactly where it excels.

The top speed is rather low at just 45 km/h (28 mph), but that also helps it get away without requiring riders to posses a motorcycle license – a huge benefit for scores of commuters.

The small 12″ wheels house an equally small 600W motor in the rear, though the power rating is likely a continuous figure and not the peak rating.

The low power of the scooter allows it to operate quite efficiently, with Super Soco claiming a 1.6 kWh/100 km figure. That’s around the same efficiency as I achieve on many of my electric bicycles, to put that into perspective.

The CUmini is the new entry-level model in the Super Soco lineup, so it isn’t exactly bursting at the seams with fancy tech. But it does offer the occasional gem like keyless startup, so there’s something!

Super Soco hasn’t yet released any info regarding pricing or production, but we’ll be sure to update when we know more. Until then, let’s hear what you think of these three new models in the comments section below!