Despite the plethora of gas-powered motorcycles at VOGE’s booth at EICMA 2019, their new electric motorcycle received the most attention with a centerstage reveal. As the curtain was pulled away from the shiny new VOGE ER 10 electric motorcycle at the Milan Motorcycle Show, could another curtain be beginning to drop on 250cc-level gas motorcycles?

The VOGE ER 10 may have gotten its big debut ceremony this week at EICMA 2019, but the bike isn’t completely new to us.

It’s based on the Sur Ron White Ghost, an electric motorcycle concept first floated nearly two years ago and then seemingly shelved.

But it wasn’t shelved for good, apparently. VOGE purchased the design and rights from Sur Ron and ran with it, ultimately unveiling it as the VOGE ER 10. 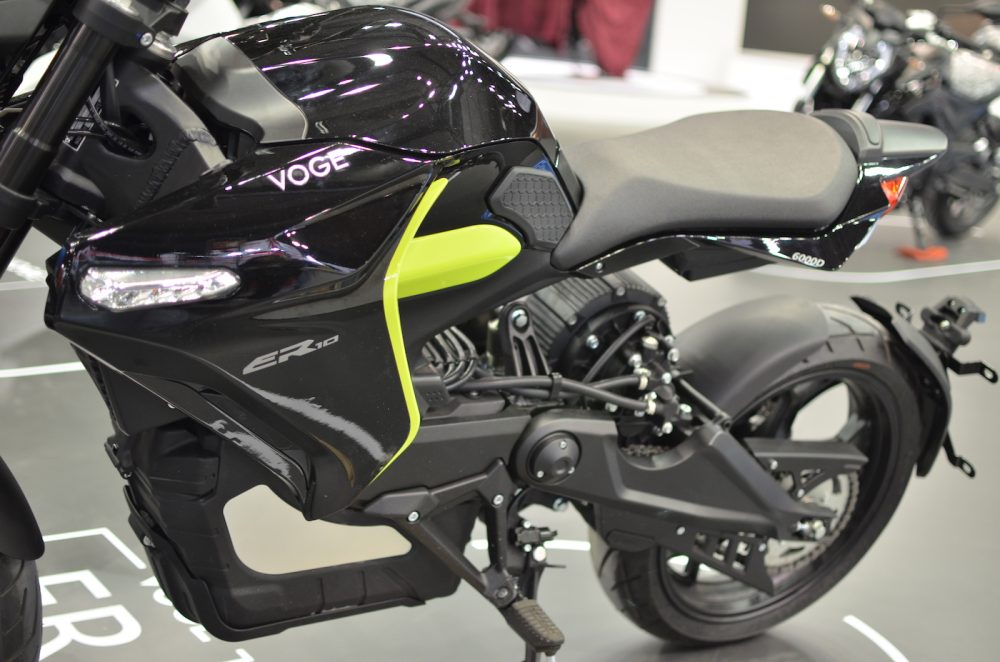 The VOGE ER 10 is shaping up to be another one of those gap-filler electric motorcycles, similar to the Sur Ron Storm Bee.

The VOGE ER 10’s liquid-cooled and swingarm-mounted 6 kW (8 hp) mid-drive motor is rather small for its speed rating, but it actually puts out 14 kW (18.8 hp) of peak power. That should be plenty for sporty acceleration, especially on a bike that only weighs 115 kg (250 lb). 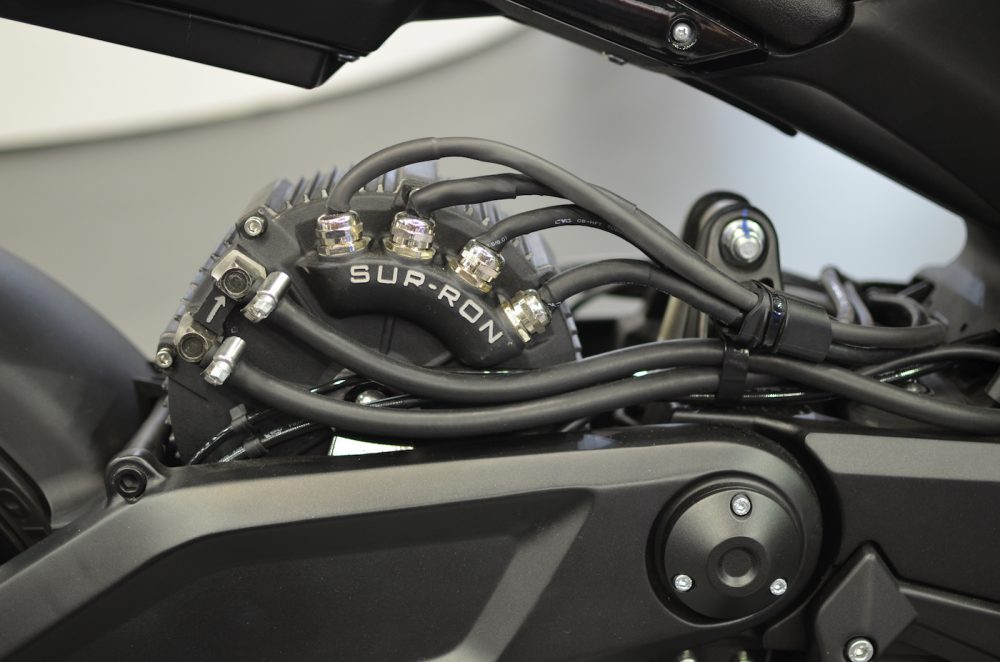 The bike can cruise for 100 km (62 mi) on a single charge of its 4.2 kWh battery pack, though it isn’t clear at what speed that range is rated. Considering the efficiency of similar electric motorcycles, I’d wager that you’d need to be traveling at around half of the bikes top speed, or approximately 50 km/h (31 mph) to hit the bike’s full rated range. But VOGE does give us another true data point, indicating that the ER 10 can hit over 120 km (75 mi) of range at 30 km/h (22 mph).

With 17-in wheels and a sport bike riding stance, the VOGE ER 10 certainly looks the part. But until I can get on one and try it out for myself, I can’t speak to whether or not it performs like a proper street bike.

At 100 km/h (62 mph), the VOGE ER 10 could very well be the best bang-for-your-buck suburban electric motorcycle we’ve seen yet. And I say could be, since we still don’t know the price.

It’s got enough speed to access local highways, though you probably won’t want to do more than one or two exits on a full-blown interstate on a bike like this. But the important thing is that it could theoretically do it, albeit in the right lane.

I’m a bit bummed not to see pillion pegs on the ER 10, but I guess with a bike of this size, they don’t really want you stressing it any further than necessary with a passenger at top speed.

I’d also have loved to see them adopt belt drive instead of chain drive. You rarely hear your chain on a gas bike, but electric bicycles are so quiet that a chain is usually the loudest thing on it.

But if the price is right, I could absolutely see a bike like this displacing a number 250cc gas motorcycles. It’s cleaner, quieter, requires very little maintenance and can be charged at home in your garage (or inevitably with an extension cord through your apartment’s window, for some city dwellers).

I can’t wait to see this e-bike arrive stateside and you can be sure we’ll update you as soon as we have more info on the VOGE ER 10’s market strategy.

Until then, let’s hear what you think of the bike. Let us know your thoughts in the comments below!