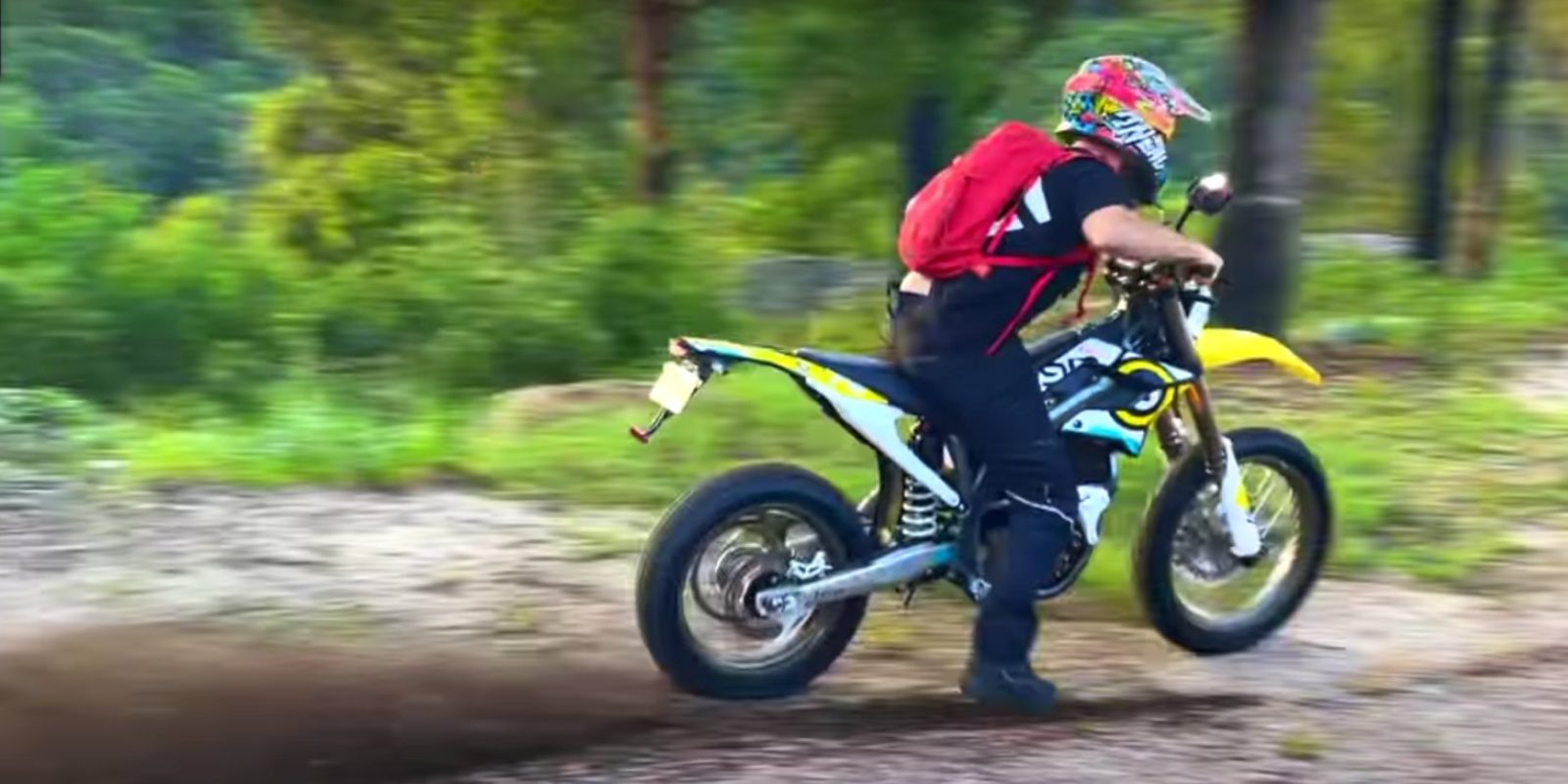 Sur Ron’s latest electric motorbike, the high-powered Storm Bee, is now coming up on nearly two years since the initial debut. We still don’t know exactly when it will finally make it into the hands of reservation holders, but we’re at least getting to see some real-world testing and an up-close look at the bike.

The latest test ride and walk-around come to us from the popular Australian electric bike channel BrunoPOWEEER.

In the video, Bruno is joined by the Australian Sur Ron dealer Adam Brennan, one of the first Sur Ron dealers ever outside of China.

I’d say the two put the bike through its paces, but it was more like a round of shenanigans — which, of course, is perhaps even more fun.

Check out his video below, then read on for the details.

Oh and fair warning: Bruno is a high energy guy!

The bike that Bruno tested is apparently the street-legal version of the Storm Bee. At around 130 kg (287 lb), the street-legal model is around 15 kg (33 lb) heavier than the motorcross version.

That extra weight comes from heavier wheels and tires, an added light package, a license plate holder, and other additions that are required for homologation.

The giant 30 kg (66 lb) battery is removable for charging. That also means you can take nearly a quarter of the bike’s weight off, which might be helpful for maneuvering the bike into a vehicle or up a ramp.

The Sur Ron Storm Bee’s 22.5 kW motor provides the bike with a final output of 520 Nm. The motor is around 4x more powerful than the motor on the smaller Sur Ron Light Bee. It is the same diameter as the smaller bike’s motor but over twice as wide. The bike comes with three power modes and includes a turbo button that can provide around 30 seconds of peak power.

To make maneuvering the bike even easier, it also includes a reverse mode.

Traction control is available on the street-legal version as well, which uses Active Spin Reduction (ASR) to monitor any difference in wheel speed from front to rear and chop power to correct the spin.

Interestingly, the bike has been future-proofed with a controller that can handle 150V, even though the Storm Bee only has a 90V battery currently. The designers increased the voltage capacity of the controller so that if battery advancements allow for a higher voltage battery to be created in a few years that will still fit within the same battery compartment size, the Storm Bee will be able to accept the upgrade.

The Australian Sur Ron dealer explained that he already has a long list of customers waiting for the Storm Bee to arrive in Australia and New Zealand, though this production prototype doesn’t necessarily mean that their production bikes are coming anytime soon.

We reached out to the US Sur Ron dealer and founder of Luna Cycle, Eric Hicks, who confirmed that there is no set date for the bikes to become available yet. He explained that they’re still waiting on Sur Ron but that Luna Cycle will carry the Storm Bee in the US once it is available.