Rivian, Volvo, and 56 others urge Michigan governor to support electric trucks and buses 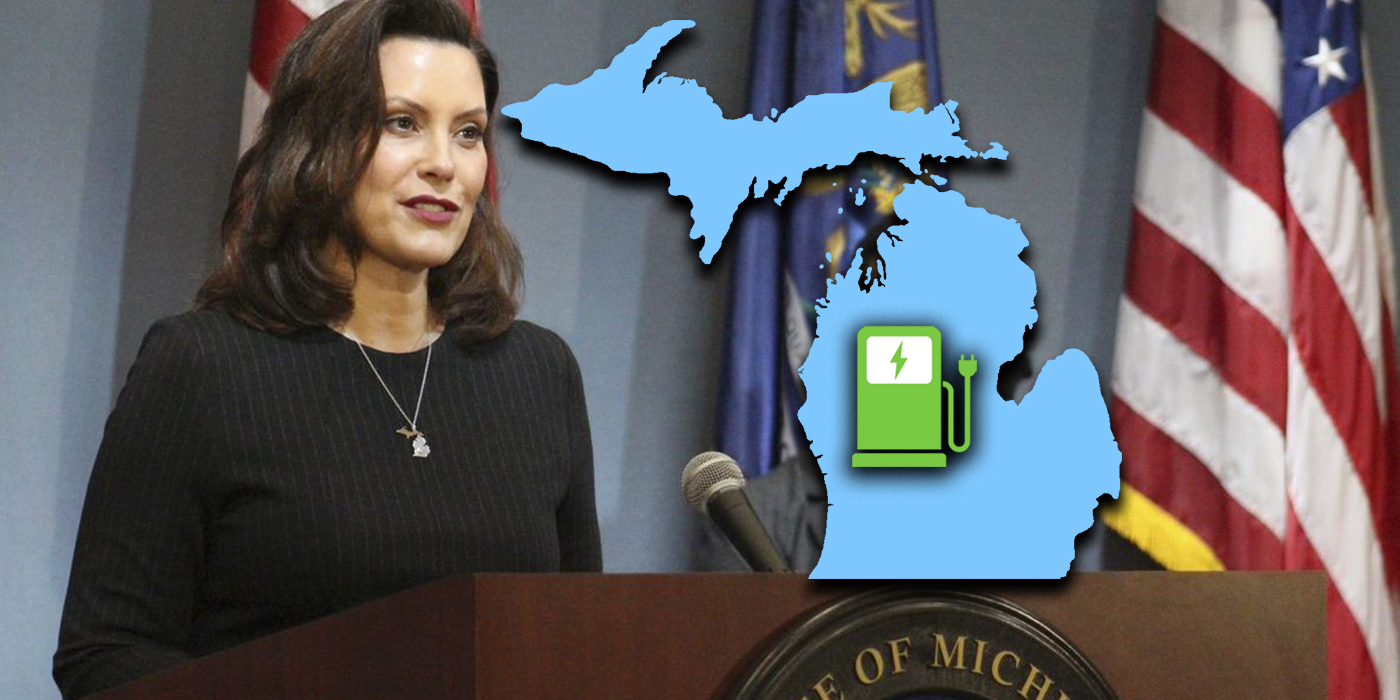 The Electrification Coalition delivered a letter to Michigan Governor Gretchen Whitmer Wednesday, backed by 58 businesses, including Rivian, Volvo, EVgo, and Arrival, to name a few. The letter urges the governor to join the Multi-State Medium- and Heavy-Duty Zero Emission Vehicle Memorandum of Understanding, which would expedite the electrification of trucks and buses throughout the state.

The Electrification Coalition describes itself as “a nonpartisan, nonprofit organization committed to policies and actions that facilitate widespread deployment and adoption of plug-in electric vehicles (EVs) to combat the economic, public health, and national security threats posed by America’s dependence on oil.”

According to today’s press release, the Electrification Coalition delivered a signed letter to Michigan Governor Whitmer signed by 58 other companies. The unified group of EV industry players and local businesses asked Whitmer to join the Multi-State Medium- and Heavy-Duty Zero Emission Vehicle Memorandum of Understanding.

Doing so would require Michigan to pledge that at least 30% of all new trucks and buses sold in the state will be zero-emission vehicles by 2030 and 100% percent by 2050. So far, 15 other states and the District of Columbia have already signed onto this agreement.

Rivian amongst many hoping to electrify Michigan

The state of Michigan is still very much a hub for automotive development for companies like Rivian, which hope to see widespread electrification goals throughout the US. While the EV automaker has recently moved its home base to Irvine, California, Rivian still operates and develops EV technologies in Michigan, where it was originally headquartered.

Rivian is not alone in supporting this agreement for Michigan, either. Other company signatures on the letter from the world of EVs include: Lordstown Motors, EVgo, AMPLY Power, Mack, Proterra, Arrival, Lightning eMotors, Bollinger Motors, and Lion Electric. These are many prominent companies that we have previously covered on Electrek.

Volvo Trucks is committed to advancing electromobility, both globally and right here in the United States. Gov. Whitmer’s participation in the Multi-State Medium- and Heavy-Duty Zero Emission Vehicle MOU would send a strong message to the market that Michigan is ready for vehicle manufacturers to invest in and deploy zero-emission trucks here. These investments will bring good jobs, clean air, energy security and climate protection.

Volvo Trucks North America has already begun delivering its VNR Electric Class 8 truck, and the company has already set goals for its global product fleet to be entirely fossil fuel-free by 2040.

What the agreement could mean for Michigan

According to a report by the Electrification Coalition and Securing America’s Future Energy, public investment and regulatory reform surrounding EV development and its supply chain can offer an opportunity to deliver over 500,000 new jobs across the US over a five-year span. Furthermore, over 150,000 of those potential jobs would emerge as a result of incentives that make purchasing medium and heavy-duty EVs less expensive for businesses and consumers.