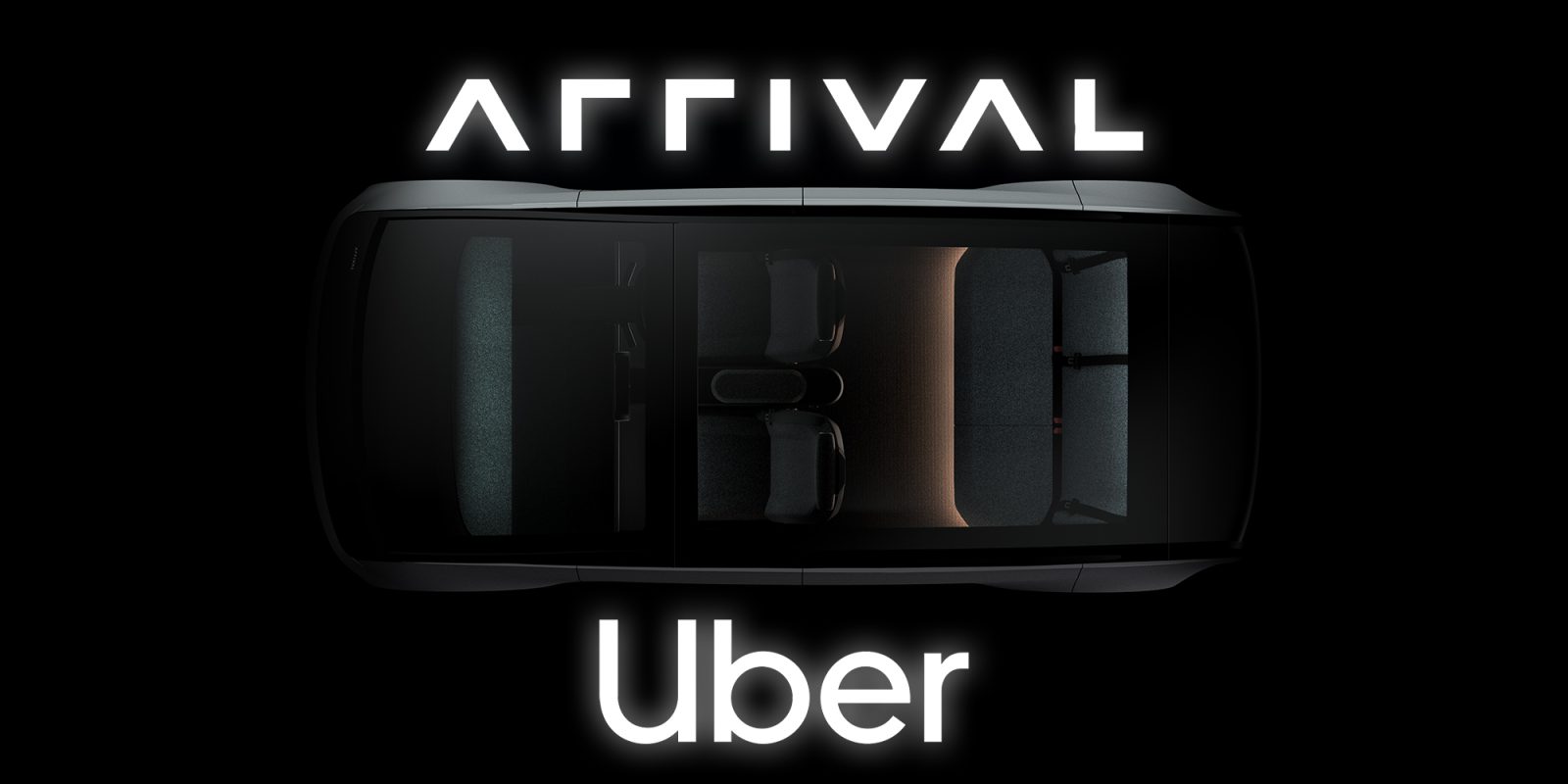 EV startup Arrival has announced a new partnership with Uber to design and develop a purpose-built EV specifically for ride-share drivers. Arrival plans to invite Uber’s drivers to participate in the design process to ensure this new “Arrival Car” meets their needs. The new partnership also looks to further a strategic relationship together in primary markets like the UK and the EU.

Since its founding in 2015, Arrival has chosen to face some of the biggest challenges in transportation and mobility head on. It currently employs over 1,300 individuals across eight different countries, including its two headquarters in London and Charlotte, North Carolina. Prior to Arrival Car with Uber, the automaker has unveiled two EVs in its production pipeline, the Arrival Van and the Arrival Bus.

Last month, Arrival announced its board had approved a SPAC merger with CIIG Merger Corp. ($CIICU) that has allowed it to go public on the Nasdaq as $ARVL. Arrival saw approximately $660 million in gross proceeds from the merger, of which it will use to ramp up its first EV deliveries and expand its novel “microfactories.”

With today’s announcement with Uber, Arrival will now be bringing a third EV to market over the next couple years.

According to a press release from the automaker today, the Arrival Car is expected to enter production in Q3 2023 as an affordable, purpose-built EV designed with and for Uber drivers. With over 30 million estimated ride-share drivers globally, the expedited shift toward electric vehicles can help drastically reduce carbon emissions and improve air quality. Tom Elvidge, SVP Arrival Mobility UK, stated:

We are confident that electrifying ride-hailing vehicles will have an outsized impact on cities, and we are keen to support drivers as they manage this transition. Arrival Car will be designed around drivers’ needs to create a vehicle that is affordable, durable, and desirable. We have had great success working alongside key partners to create our best-in-class delivery van, and we hope to replicate that success with Uber as we develop the best possible product for ride hailing that elevates the experience of the passenger and improves drivers’ health, safety, and finances.

Uber’s newly announced partnership with Arrival is one of several steps the company is taking toward zero emissions. Just recently, the company rolled out Uber Green in London, allowing riders to request an EV at no additional cost, while offering drivers a lower service fee.

The ride-share behemoth has already committed to becoming a fully electric mobility platform in London by 2025 and across North America and Europe by 2030. Furthermore, Uber plans to be fully electric worldwide by 2040. Jamie Heywood, Uber’s regional general manager for Northern and Eastern Europe, elaborates:

As our cities open up we have an opportunity to make sure that urban transport is cleaner than ever before. Uber is committed to helping every driver in London upgrade to an EV by 2025, and thanks to our Clean Air Plan, more than £135 million has been raised to support this ambition. Our focus is now on encouraging drivers to use this money to help them upgrade to an electric vehicle, and our partnership with Arrival will help us achieve this goal.

Designed with Uber, but not necessarily for Uber only

What’s interesting about this collaboration is that is that the Arrival Car is not currently exclusive to Uber. A spokesperson for Arrival told Electrek that both parties have entered into a Memorandum of Understanding to “explore a strategic relationship in key markets, including the UK, EU and US.”

However, Arrival has told us that if other ride-share companies feel the Arrival Car provides them with the requirements they need, the automaker would not stop them from purchasing this new EV.

Along with today’s announcement with Uber, Arrival has shared some renderings of what a potential Arrival Car may look like. Keep in mind that Arrival is planning to work with Uber drivers to help design this EV, and several elements may change before the final design is revealed before the end of 2021.

Arrival’s minimalistic approach to design and assembly is apparent in these renderings, as the interior shares a similar feel with its other two EVs. Like the Van and Bus, the Arrival Car is also more than likely to complimented by the automaker’s in-house production of proprietary components and software.

This includes Arrival’s Small Vehicle Platform (SVP) upon which the car will sit.

As you can see from the renderings, Arrival is already keenly focused on comfort, space, and modularity with its Uber-centric EV. From the image above, it looks like the backseat is a bench and the front passenger seat folds up compactly. This could offer passengers more legroom or storage for luggage.

The door panel features a small shelf to hold your water bottle, or storage for complimentary water from those seasoned Uber drivers looking for five stars. From the cover image above, it also looks like Arrival plans to utilize a full panoramic roof to offer full visibility to both Uber drivers and their passengers.

That’s about all we know about the Arrival Car so far, and a lot could certainly change before the EV for Uber drivers hits production in Q3 2023. Check back with our Arrival guide for updates as we keep an eye out for the final Arrival Car design slotted to arrive toward the end of this year.

Correct us if we’re wrong here, but doesn’t the interior of this vehicle look oddly familiar? The scroll buttons on the wheel, the touchscreen center console? Looks a lot like a Model 3 from the driver’s side, to be honest.

We’re going to give Arrival and Uber a pass here since this is a newborn MOU that has been completely transparent about its design and production timeline from the get-go. They honestly didn’t have to share any renderings with the public this early, so this is welcomed and encouraging to see.

What will be more interesting will be to see how much the final design deviates from these initial images, especially with the input from Uber drivers. A spokesperson for Arrival told us that they will be working with Uber to directly connect with drivers in key markets, and will also use other mediums like surveys and focus groups to hone in on the design that works best for ride sharing.

Arrival wouldn’t confirm where this EV will be built yet, either. This wording in the press release was focused specifically on Uber in the UK and EU, at least for now, so it would make sense to produce the EVs in the London microfactory to start.

A spokesperson told us that Arrival plans to focus on microfactories that can best serve the demand of a market and limit shipping logistics. With Arrival HQ in London, the UK definitely makes sense as a starting point. A US rollout would make sense as well, as Arrival has already set up shop on the East Coast.