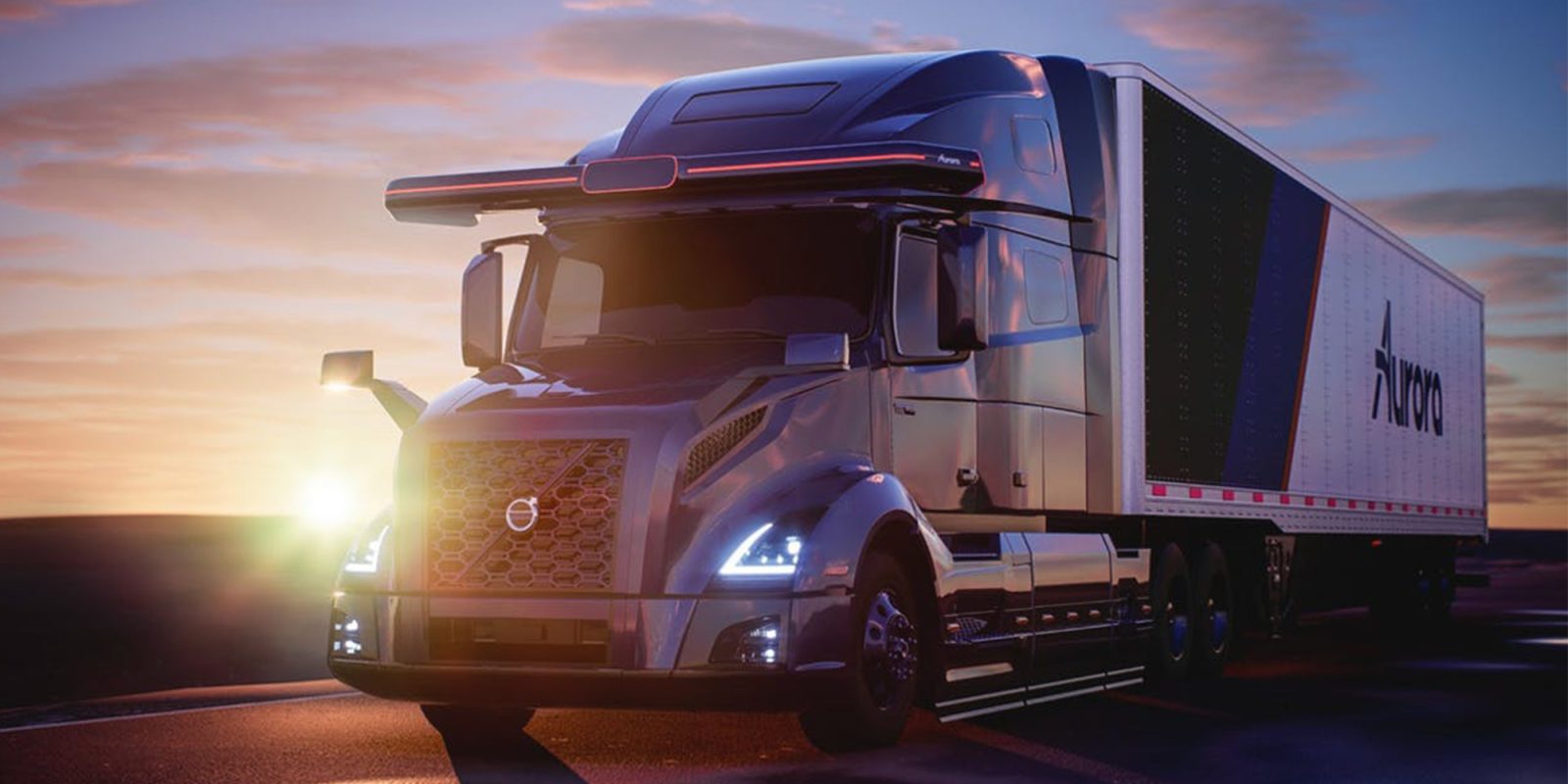 The partnership announced in a press release today is said to span several years, with the goal of combining technologies to develop and deploy on-highway autonomous trucks. Through the partnership both companies will work to integrate the autonomy package of the Aurora Driver into Volvo’s Class 8 highway trucks. Volvo and Aurora hope their technology will help them become the worldwide leader in Transport as a Service (Taas).

In 2018, Volvo Group worked with Aurora to create a self-driving Volvo truck they nicknamed Pistachio. However, neither side’s technology was where it needed to be at the time to prove successful. According to the press release from Aurora:

Aurora’s sensor suite, like the rest of the industry, could not robustly see far enough to safely drive a Class 8 truck at highway speeds; and Volvo needed to lay the groundwork for an autonomous solutions business.

The two sides parted ways and got busy developing L4 autonomy separately. In 2019, Aurora acquired a leading Lidar company in Blackmore. From there, it began to develop a sensing suite finally capable of safely operating large trucks at high speeds. In 2020, Aurora began to deploy Class 8 trucks integrated with its Aurora Driver technology containing its new Lidar.

At the same time as Aurora, the Volvo Group was implementing its own division focused on developing industrial autonomous vehicles. Thus, Volvo Autonomous Solutions was born. Now, both groups have reunited to take another crack at Level 4 autonomous driving in Volvo’s highway trucks.

The first commercial truck birthed from this rekindled partnership will be adapted to fit the requirements of the Aurora Driver. Additionally, Volvo will help tailor the Class 8 trucks to meet any additional needs Aurora’s autonomous hub-to-hub travel demands. According to Nils Jaeger, President of Volvo Autonomous Solutions:

Creating a viable autonomous on-highway offering requires close partnerships with both customers and tech partners to develop the needed capabilities. This exciting partnership brings our goal of transport as a service an important step closer and will accelerate our commercial offer for hub-to-hub applications in North America. Aurora is already a leading force in autonomous systems, and its integrated self-driving stack, software, hardware and data services platform combine to offer a clear path towards efficient and safe on-highway solutions in the medium term.

We don’t have any specs on this upcoming commercial truck yet. However, we do know Aurora Driver can currently detect and track objects on roads well beyond 300 meters. When integrated into a Volvo truck (preferably electric – they have the tech), both sides will be closer to L4 driving on highways.

All this talk about Level 4 autonomous driving, on-highway trucks and no mention of electric vehicles? Ok, that’s a bit harsh as that is not the focus of this specific partnership. Nor is it an expertise of Aurora.

Volvo seems to have found its golden goose in Aurora, though, especially given how much its technology has improved since the two last sat at the same drawing board. Not sure how much Volvo Autonomous Solutions had going on in its own research lab to begin with. Well, apart from an electric dumper.

It’s interesting how heavy duty commercial trucks and low-speed vehicles (LSVs) appear to be the closest to L4 autonomous driving, while everything in between is sort of all over the place. That’s a thought for another article though.

The technology from Aurora sounds promising, and we can bet it’s in good hands with Volvo Group and its well-documented history of prioritized safety. As previously mentioned, the next step has got to be applying Aurora Driver to electric Volvo trucks… if they’re not already working on that.