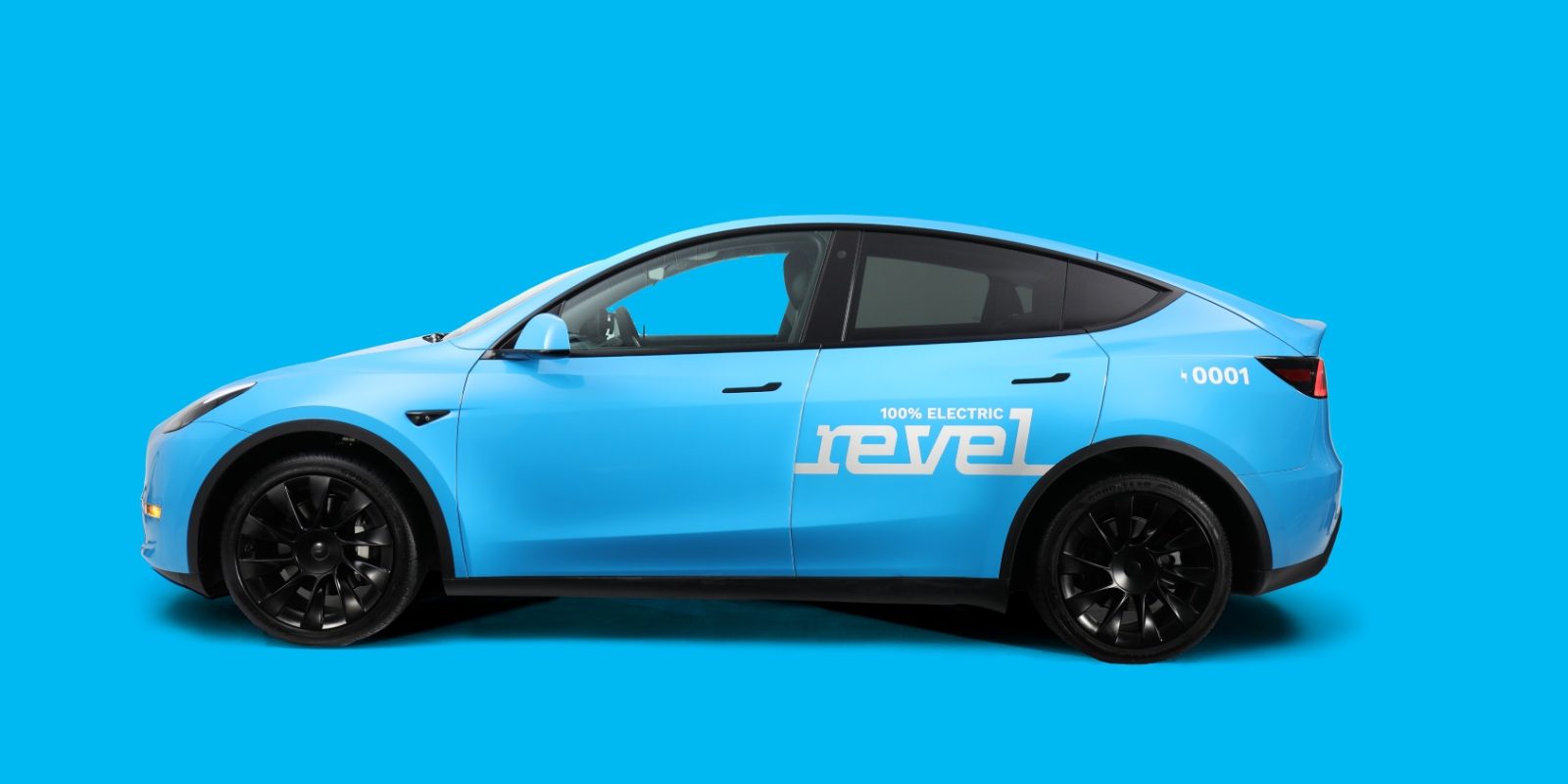 Electric moped-sharing company Revel is discovering that “the more wheels the merrier” as the brand launches its first Tesla-powered ride-share program in NYC.

While Revel began by operating a ride-sharing service using two-wheeled electric scooters or mopeds, the company has shown a desire to expand into four-wheelers.

But this isn’t just some Tesla-based Uber service. The drivers will be fully fledged Revel employees receiving training, benefits, health care, and paid time off.

The service will begin in May, starting with 50 modified Revel-blue Tesla Model Y vehicles offering ride-sharing services in Lower Manhattan below 42nd Street. The Teslas look fairly similar to Revel’s NIU electric mopeds, albeit with twice as many wheels.

The small fleet of 50 vehicles marks phase 1 of the new service, with Revel already planning an expansion of the service for next year.

Revel’s CEO and cofounder Frank Reig explained that the goal is to get more EVs into NYC immediately and begin displacing more gas-powered vehicles:

“Cities like New York don’t need another company promising electric fleets in 2030 – they need companies delivering now. Revel is building a platform to electrify cities, and rideshare is a key part of it.”

The Model Ys used by Revel will be modified for the role of a taxi service. They will have the front passenger seat removed for added legroom and will feature interactive touchscreens for the passengers to control the air conditioning and music.

There will be a partition separating the driver from the passengers to maintain COVID-19 guidelines and the cars will receive a daily cleaning from Revel.

Revel says that the new Tesla ride-sharing service will also help the company build out its NYC-based car charging service, known as the Revel Superhub network announced earlier this year.

While Revel began as an electric moped-sharing company, there has been a marked increase in competition from major players like Lime.

That increased competition is likely responsible for Revel’s expansion into other areas of electric vehicle transition, including its charging network and now a Tesla ride-sharing service.

Those hoping to get one of the first rides in Revel’s Teslas can sign up in the app today to prepare for the service’s rollout next month.

Those outside of NYC will have to wait, but perhaps not for too long. Revel has begun other services in NYC as a testing ground, only to expand to cities across the US over the following months.