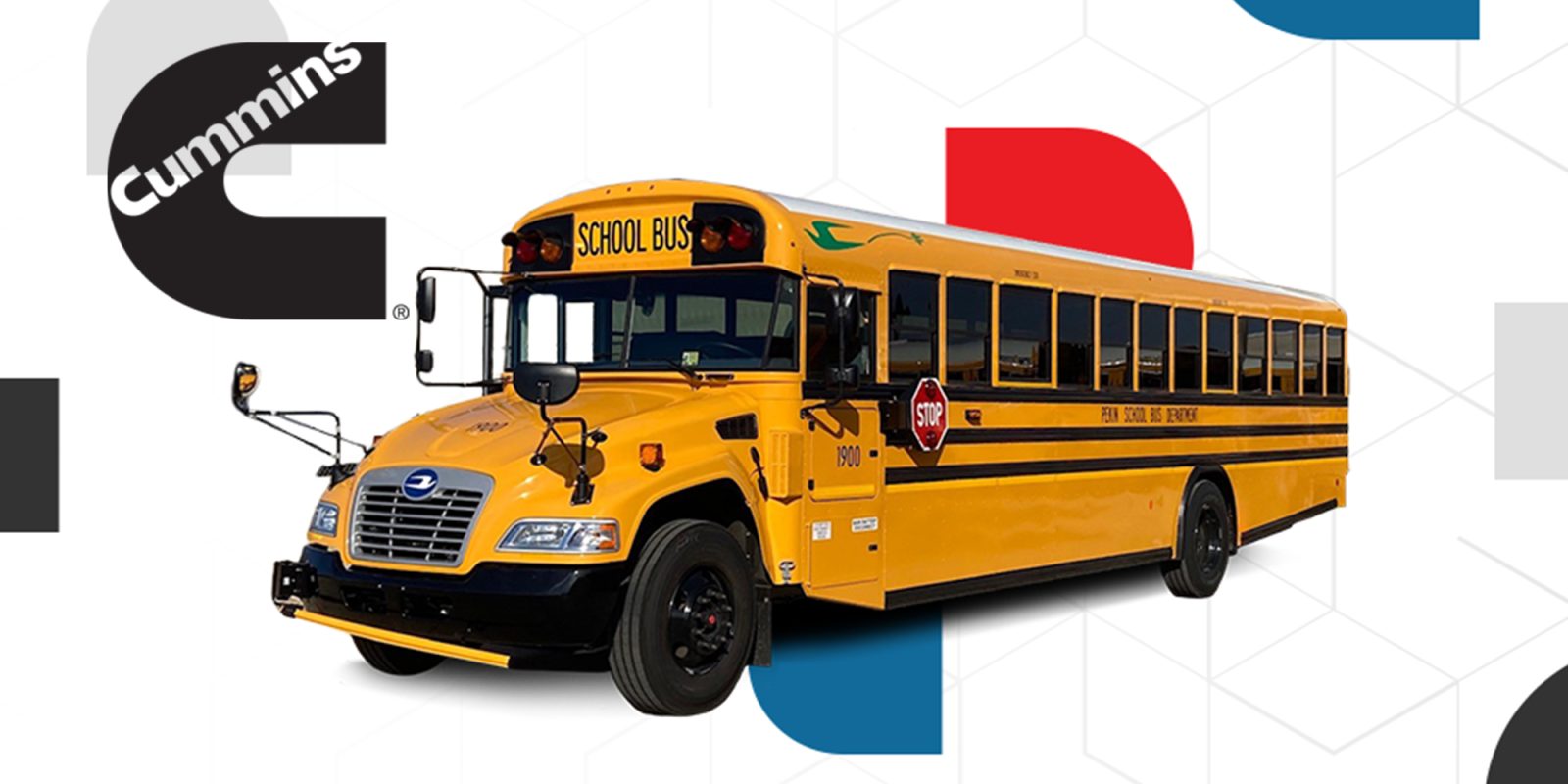 Electrified powertrain manufacturer Cummins has delivered what it is calling the first fully operational vehicle-to-grid (V2G) school buses. Even though Lion Electric started testing the same V2G tech years ago. These buses are manufactured by Blue Bird and powered by Cummins to include DC fast charging and V2G capabilities. The two electric school buses are operational in school districts in Peoria, Illinois, about 2.5 hours south of Chicago.

According to its press release, Cummins has been working with veteran bus manufacturer, Blue Bird ($BLBD) to develop the V2G school buses for a while now. According to Trevor Rudderham, senior vice president, electrification for Blue Bird:

With more than 275 Cummins-powered Blue Bird electric school buses already in service, communities across the US are quickly learning how easy and affordable it is to adopt this cleaner, safer solution for students. Cummins vehicle-to-grid technology provides even greater value to these districts and our communities.

In fact, all Blue Bird school buses featuring Cummins’ PowerDrive technology have been V2G capable since last July. Since then, Cummins has been working with V2G technology company, Nuvve ($NVVE). Together, they developed and deployed the necessary software to pair with compatible chargers. Starting mid-2021, all Blue Bird electric school buses will be delivered fully equipped with V2G hardware and software.

Cool technology, but not the first to implement it

To be very clear, these new vehicles from Cummins and Blue Bird are not the first V2G buses in North America. Nor are they the first to be fully operational with V2G capabilities, despite what Cummins says. Other electrified bus manufacturers have already developed and tested school buses with in pilot programs and beyond.

In fact, Lion Electric began a pilot testing program for V2G buses with Con Edison in New York in 2018. As of last December, the companies ruled the pilot program a success and have been working with the state to deploy more. Those buses feature the same V2G technology from Nuvve.

The V2G technology enables an EV’s stored battery energy to be exported back into the electrical grid. As a result, electric school buses can now operate as a power source, providing energy to anything that may require it. This capability is known as vehicle-to-everything (V2X). Looking forward, V2G tech can be utilized to reduce costs for energy consumption during peak times. Furthermore, buses can now provide back up power during emergencies.

According to the specs on Blue Bird’s website, the school buses with Cummins’ PowerDrive technology come with 155 kWh battery capacity. Depending on terrain and driving habits, these buses can get up to 120 miles on a single charge. Furthermore, they can fully replenish in eight hours via level 2 charging and in three hours via DC fast charging.

Is anyone spotting a theme yet? More and more, Electrek is covering some sort of news of commercial and heavy-duty vehicles going electric. One of the quickest transitioning sectors appears to be buses, especially school buses. Its great to see Cummins contribute to the cause, even if they haven’t truly pioneered it.

With 480,000 buses in the US alone, this is a large market for electrified power manufacturers like Cummins. Now, vehicle-to-grid capabilities are taking this technology a step further. Not only can large vehicles operate with zero emissions, they can now supply unused power back into the grid.

Furthermore, the potential for V2X capabilities should be beneficial to future EVs, particularly in school buses transporting children. The idea of a bus providing energy during an emergency such as grid failure in Texas is an added bonus.