Electric propulsion is taking over almost every segment of transportation and now it’s even getting into heavy machinery.

Cummins and Hyundai partnered up to make a new small all-electric excavator. They unveiled the prototype this week.

He expects small excavators are great candidates to be first heavy machinery to be electrified:

“As electric vehicles continue to expand their share in the automotive market, we are simultaneously seeing the electrification of commercial power systems being pursued by many as both an environmentally friendly and economically sustainable solution for construction equipment. HCE anticipates mini excavators, which operate in urban workplaces close to residential areas, will be a prime candidate to electrify to meet zero-emission and low noise requirements in the near future.”

They released the following image of the new mini electric excavator: 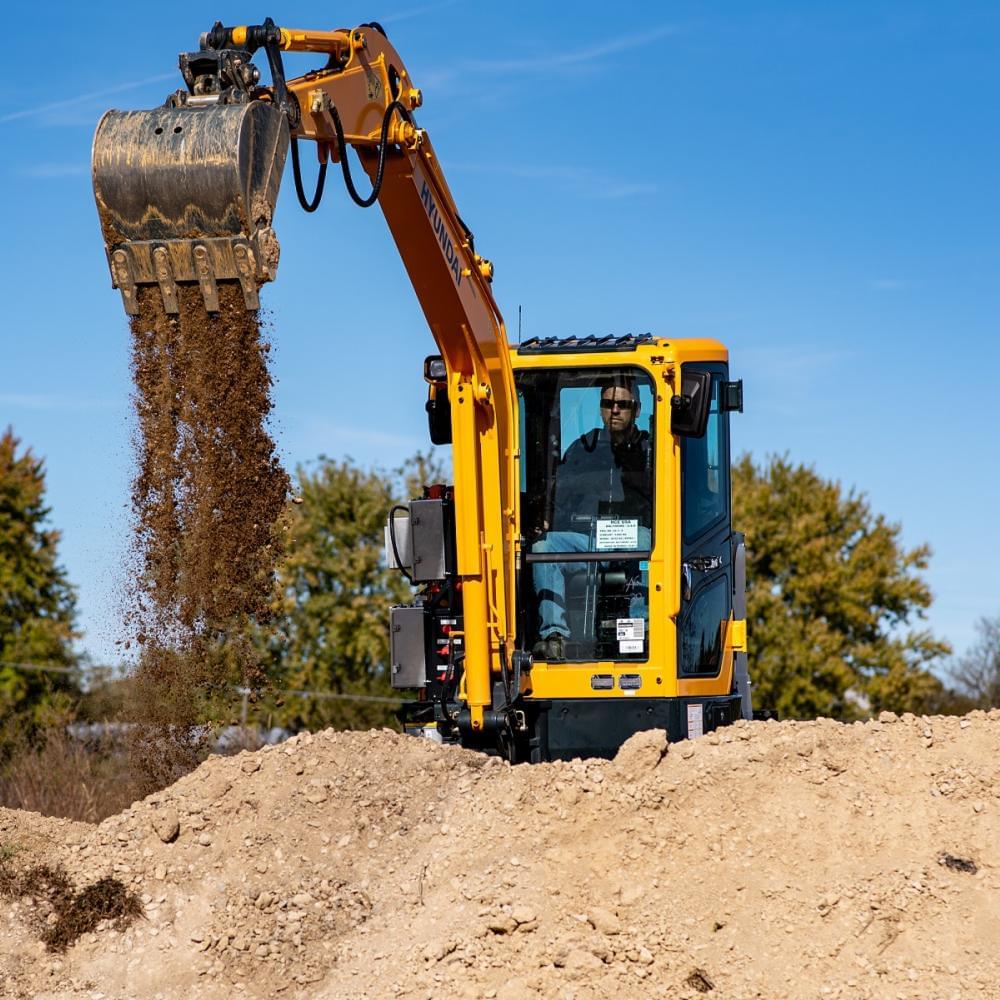 HCE and Cummins partnered on the development of the vehicle, which is powered by the latter’s BM4.4E flexible battery modules.

Cummins, better known for their diesel engines, has been making several moves into electrification lately, including the acquisition of electric drivetrain startup Brammo to help bring its electric truck to market.

The 3.5-ton excavator is powered by a series of 4.4 kWh BM4.4E modules for a total capacity of 35.2 kWh in a battery pack mounted in the base of the machine.

According to the two companies, it will enable the excavator to operate for “a full eight-hour shift and charge in under three hours.”

Of course, those eight hours will be free of gaseous emissions and substantially reduces noise – “making it ideal for use in urban and sub-urban construction.”

“This electric powered mini excavator is an exciting celebration of the future of electrified construction equipment – combining the strengths of HCE’s versatile excavator with Cummins’ lithium ion battery solutions and machine integration expertise. Cummins is committed to pioneering the future of electrified power, and we look forward to continuing to partner with companies like HCE to design and test the industry’s latest technologies.”

The two companies haven’t confirmed a timeline to commercialization, but they say that “the prototype machine will be used for testing to optimize the performance, prove the structural integrity and enhance the marketability.”