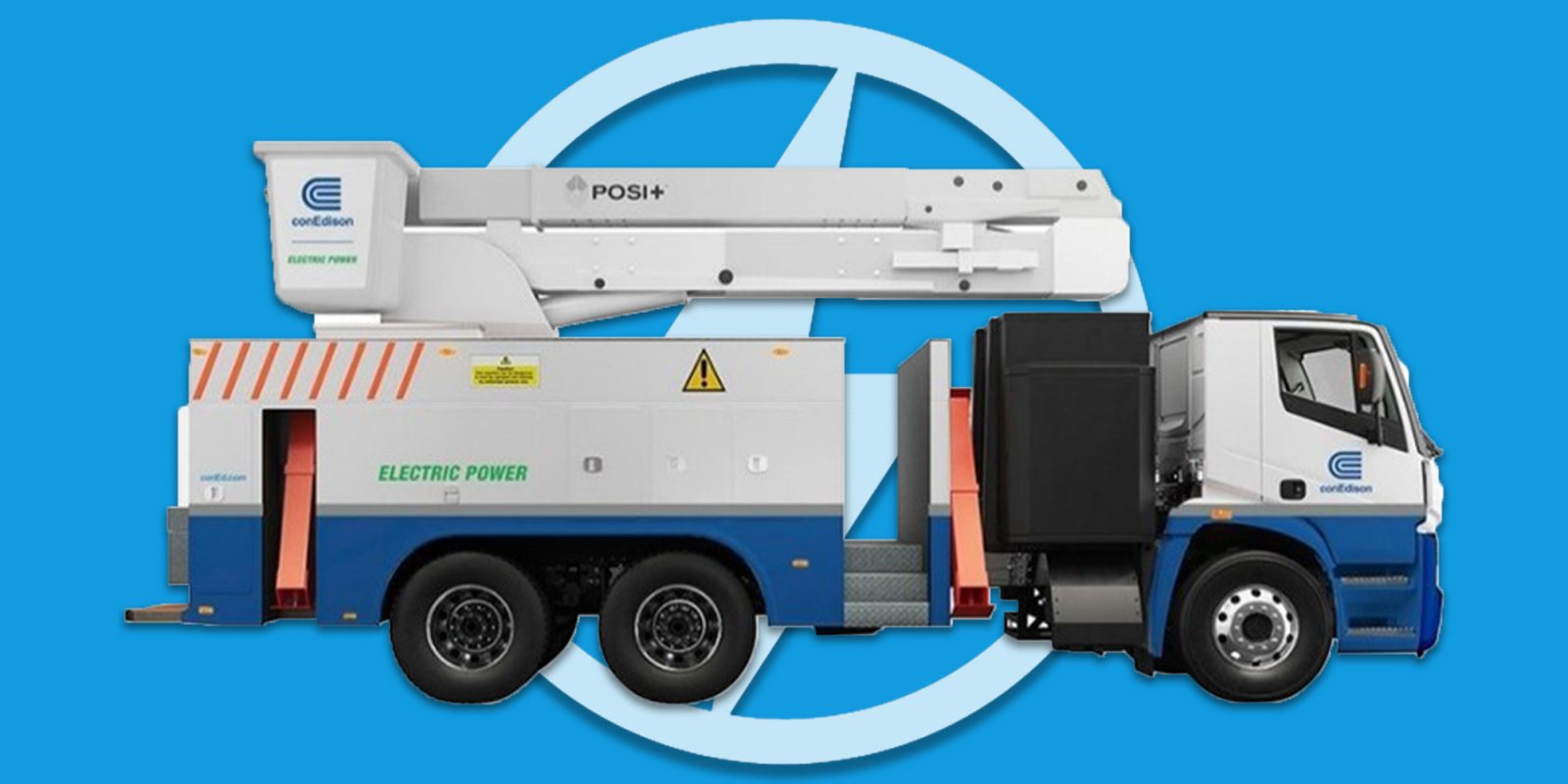 US energy company Con Edison has announced the development of the country’s first fully electric bucket truck. Its partnership with manufacturers Lion Electric and Posi-Plus will deliver the zero emission utility vehicle truck next year. The bucket truck is a recognizable symbol of electric work. It is now the latest heavy-duty utility vehicle to see an electrified revamp.

Con Edison is one of of the largest energy companies in the United States. It currently serves the entire New York metropolitan area. 2023 will be the company’s 200th anniversary, so its been around a lot longer than electric cars… and all cars.

Per Con Edison’s press release, the electric bucket truck will be the first of its kind on US roads when Con Edison takes possession in early 2022. First, the company will conduct a pilot program with with the truck before rolling it out to its entire fleet.

Heavy duty EV manufacturer Lion Electric will be building the truck along with Posi-Plus, per Con Edison’s specifications. Lion will provide its Lion8 all-electric chassis and aerial equipment drive, and Posi-Plus will implement the bucket and lift equipment. The zero emission truck will maintain the ability to lift line workers and equipment as high up as 60 feet.

Bucket trucks are a critical tool for building and maintaining the electric grid. Additionally, they will become even more vital looking ahead. Electric grids are bound to see major overhauls and expansion as the world shifts toward electric vehicles. Currently, Con Edison owns more than 300 bucket trucks. An electric bucket truck rollout could spark a revamp for a gargantuan industry if successful.

This Class 8 electric bucket truck will be capable of traveling an estimated 130 miles on a single charge. Furthermore, the trucks will be able to replenish their batteries in about eight hours using two Level 2 chargers. Marc Bedard, CEO and founder of Lion Electric, said:

Con Edison has proven to be a leading innovator among utilities in the United States, and our all-electric Lion8 bucket truck is another example of the paradigm shift that is happening in heavy-duty transportation. Utility trucks are a prime application for electrification that we identified early on, and by eliminating emissions from long idling sessions, utilities have the added benefit of improving the environment and air quality in their own communities while eliminating noise pollution as well.

As part of Con Edison’s “Clean Energy Commitment,” it has set a goal of supplying 100% clean electricity by 2040.

Medium and heavy-duty trucks are more challenging to electrify than cars, but the purchase of our first all-electric bucket truck shows the market is real today, and it will only accelerate from here. While initially small in scope, this represents an important step in Con Edison’s journey toward fleet electrification. We are all-in on electric vehicles, and that means transitioning our own fleet while making it easier for our customers to charge up their own vehicles.

If this initiative is successful, Con Edison plans to integrate the electric bucket truck into its fleet that currently maintains the overhead electric system in New York City and Westchester County, New York.

It’s encouraging to see a company that services and maintains electrical grids become so focused on an all-electric fleet. Sort of feels like a no brainer, right? Either way, Con Edison is helping pave the zero-emission path for not only other electrical companies, but other utility manufacturers as well.

The electric bucket truck should prove to be successful and will be implemented in the future, even if it’s not with Con Edison. Truthfully, this is still a niche sector in vehicles looking to pass on gas. Nevertheless however, it’s the start of an electrified revamping in heavy duty utility trucks, and one that we want to see happen soon.

Con Edison is leading the charge (no pun intended). It currently has one of the United States’ largest incentive programs to cover the costs of bringing electrical service from the grid to electric vehicle chargers. Con Edison is also working with New York to install charging plugs for EVs at curbs, and has already worked with Lion Electric to have its buses supply electricity back to its grid.

We see it more and more every day – transit buses, garbage trucks, delivery vans, all going electric. The electric bucket truck is simply the next step in the revamping of utility vehicles. It feels inevitable that we can look forward to widespread electric ambulances, fire trucks, and street sweepers, too.