When Super73 teased its upcoming electric bicycle announcement last month, I never expected something this epic. But the brand who was there at the beginning of the electric mini-bike craze is back with a new (and premium) offering: the Super73 R-Series electric bikes.

The R-Series takes the original Super73 electric bike design and cranks it into overdrive.

The Super73 R-Series ships with a standard Class 2 e-bike setup including a 20 mph (32 km/h) top speed and a functional hand throttle. But three other ride modes offer Class 1 operation (pedal assist limited 20 mph), Class 3 (pedal assist at 28 mph) and Unlimited Mode (full 2,000W peak power and throttle control up to 28 mph). Super73 explicitly states that Unlimited Mode is not for public roads but rather for use on private property.

Super73 actually lists the top speed of Unlimited Mode as “28mph +,” meaning that riders might even be surprised with an even higher top speed. Considering the “20 mph” Super73 S1 took me up to 25 mph, I wouldn’t be shocked to find that the R-Series overdelivers on speed as well.

The 960 Wh battery on the Super73 R-Series is one of the largest batteries found in the electric bicycle industry. It is built with 21700 Li-ion battery cells and is large enough to provide up to 40 miles (64 km) of range under throttle-only operation at 20 mph (32 km/h). Add in your own pedal assist and the bike can reach a maximum range of 75 miles (120 km). 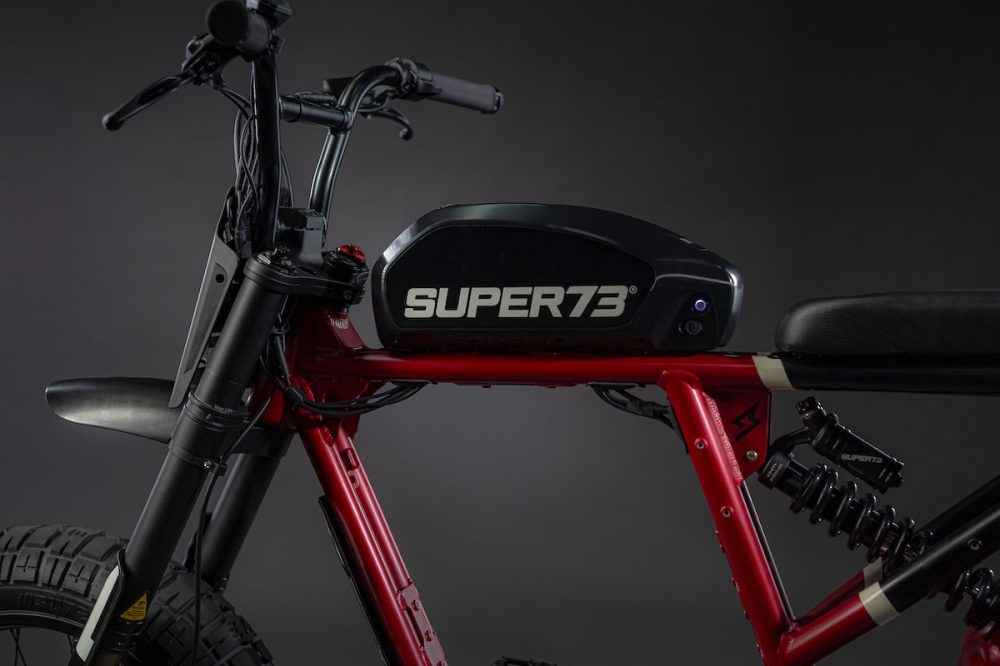 Unlike previous versions of the Super73 e-bike, the R-Series offers full suspension. There are two different models to choose from, the R Base Model and the RX Premium Model, and each has a slightly different suspension setup. 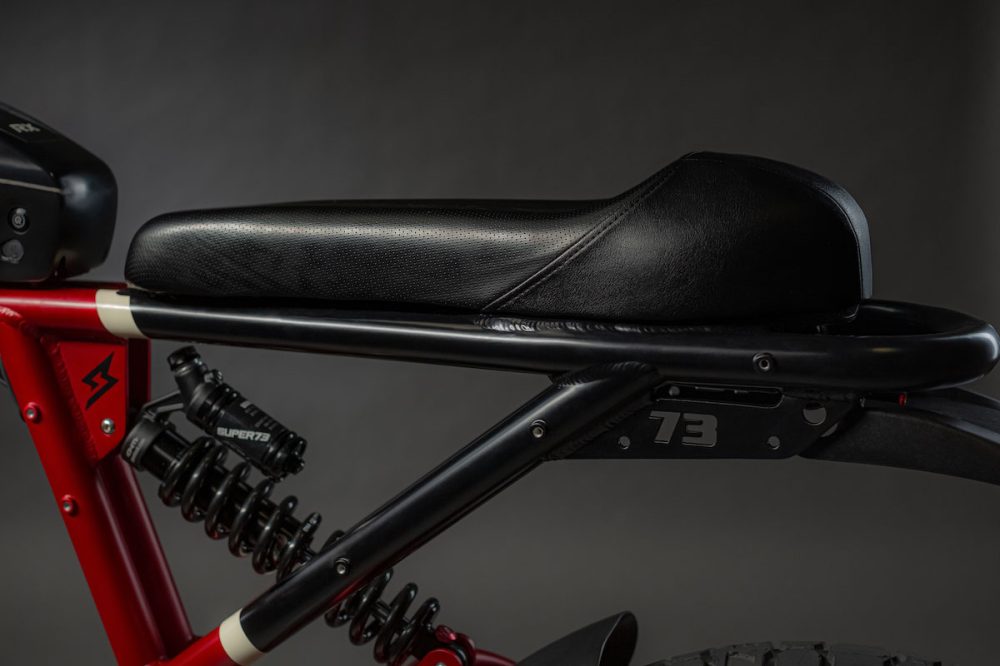 In fact, a lot of those options are actually standard components on the R-Series Premium Model.

But if you place a pre-order, you can take an additional $500 off the price, making the starting price $2,495. That’s not much more than the current high-end Super73 S1 offering, which is a nice bike but lacks many of the additions found the in the R-Series. That discount ends on February 28, though, so don’t wait too long. Pre-orders open today, and you can check them out on Super73’s site. Deliveries are expected to begin this spring.

What do you think of the new Super73 R-Series electric bikes? Let us know in the comments below!