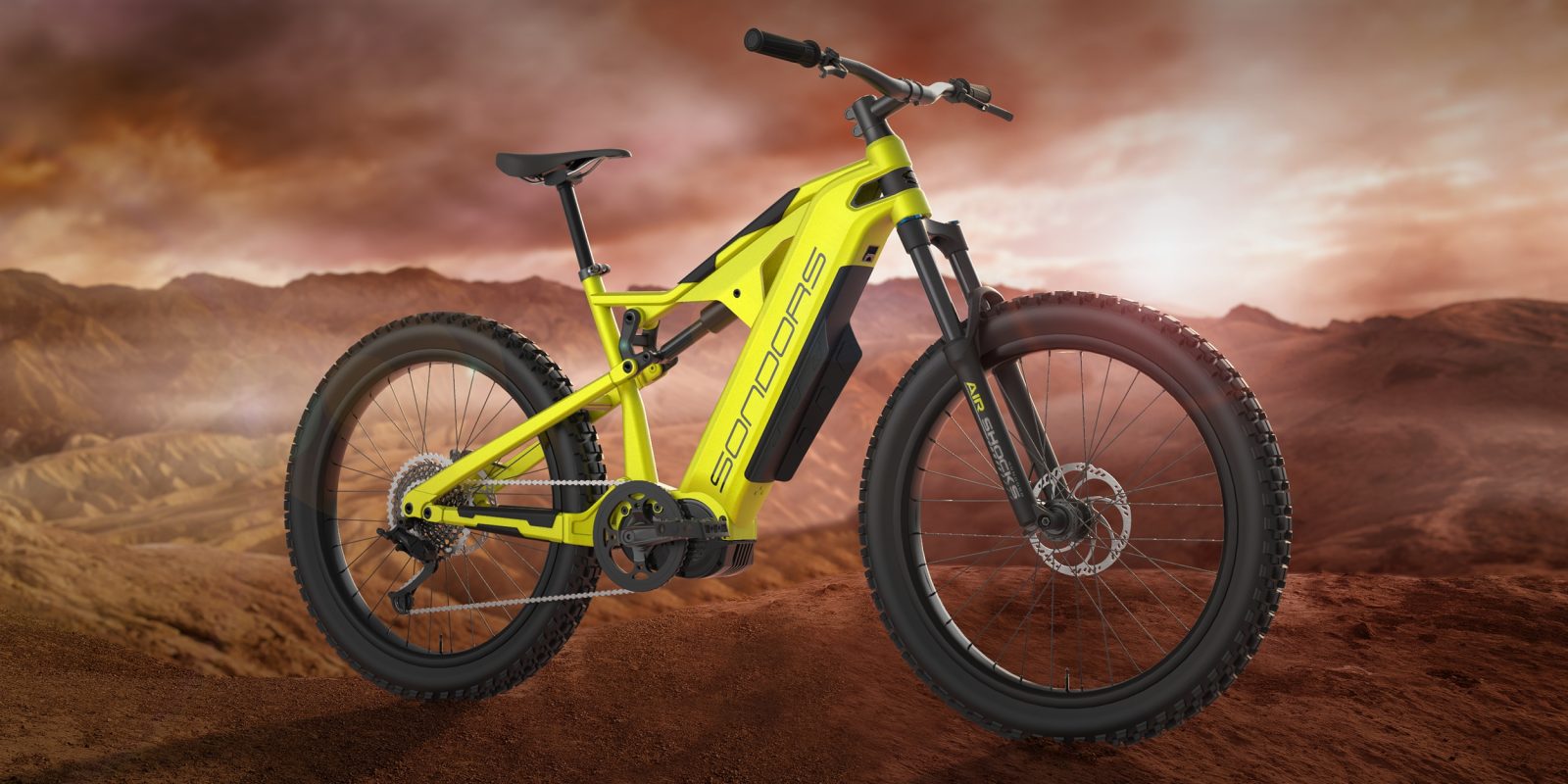 Less than two months ago, electric bicycle manufacturer Sondors quietly announced three new high-powered e-bikes that were unlike anything the company had made before. The new e-bikes are part of the upcoming Sondors Elite line and are now taking orders for the second production run of the new models.

Don’t expect these new e-bikes to be mass produced, at least not according to Sondor’s marketing.

The company says that the new Sondors Elite e-bikes will be part of a small production batch, described on the Sondor’s site as “Small Batch Precision Production — Extremely Limited Reservation Opportunities Now Available in North America Only.”

After selling out of the initial production run that will ship in October of this year, the next batch of production is expected to begin shipping in January 2021.

There are three types of e-bikes included in the new Sondors Elite range, each of which is powered by the Bafang Ultra mid-drive motor. That motor, whose official designation is the Bafang M620, is one of the most powerful electric bicycle motors on the market outside of specialty DIY motors.

The motors can provide up to 1,600 W of peak power, though Sondors appears to have throttled them back down to around 1,200 W of peak power with a controller limited to 25 A. That’s the amount of power the system pulls during peak loading, which generally occurs during acceleration or hill climbing (peak watts are calculated by current (amps) x voltage (volts). The bikes are marketed as 750W continuous, which is the nominal wattage of the motors.

That still leaves plenty of power, and the large 48 V 21 Ah batteries should last even longer with the more reasonable power level compared to other Bafang Ultra-powered e-bikes that use every bit of extreme power from the motors.

The three bikes in the Sondors Elite lineup include the Sondors Rockstar, Sondors Cruiser, and Sondors LX.

The Sondors Rockstar is the only full-suspension bike in the trio, offering 150 mm of rear travel, a “bespoke forged and machined aluminum alloy frame”, and a top speed of at least 28 mph (45 km/h). The Rockstar is priced at $2,599 but can be pre-ordered with a $299 deposit.

The Sondors Cruiser is the polar opposite of the Sondors Rockstar, at least in terms of frame design. It features a rigid fork and hardtail, so there’s no suspension other than the balloon tires.

The frame is also a low-step design for increased accessibility.

The Sondors Cruiser is a bit more affordable than the Rockstar as well, priced at $1,999 with a $299 deposit.

Lastly, the Sondors LX is something of the Goldilocks e-bike in the lineup. It features front suspension similar to the Sondors Rockstar yet has a step-through frame and hardtail design like the Sondors Cruiser. The Cruiser also sports fat mountain bike-style tires, further confusing its classification between a performance trail bike and a laid-back cruiser-style bike.

For their part, Sondors describes the LX as “a premium mid-drive sport utility fat electric bike with an all-new low-entry, elevated chainstay frame.”

First of all, it’s great to see Sondors expanding into the high-performance category of e-bikes.

It’s not like we haven’t seen some awesome Bafang Ultra-powered e-bikes before. But many of them come from smaller companies with less brand awareness than Sondors.

Sondors’ name carries some decent weight in the e-bike industry and could help put more of these high-powered e-bikes into Americans’ garages.

The pricing is also pretty nuts. Most Bafang Ultra-powered e-bikes start well north of $3,000. So to see Sondors opening at $2000 is impressive.

My only two caveats are that we still haven’t seen any real images of the Sondors Elite lineup and that Sondors is pretty mum on component specs.

For inside looks, all we’ve gotten from the company so far are renders. Where are the bikes? Are they out there, Sondors? Show us the goods!

And for components, we’re also fairly in the dark. What kind of brakes are you using? What about suspension? Bars, drivetrain, tires, anything? Give us some details, Sondors!

[Author’s note: This article previously omitted the 750W nominal rating of the motors as well as the fact that the original production run planned for October shipping had already been sold out. The article has been updated to include this information.]