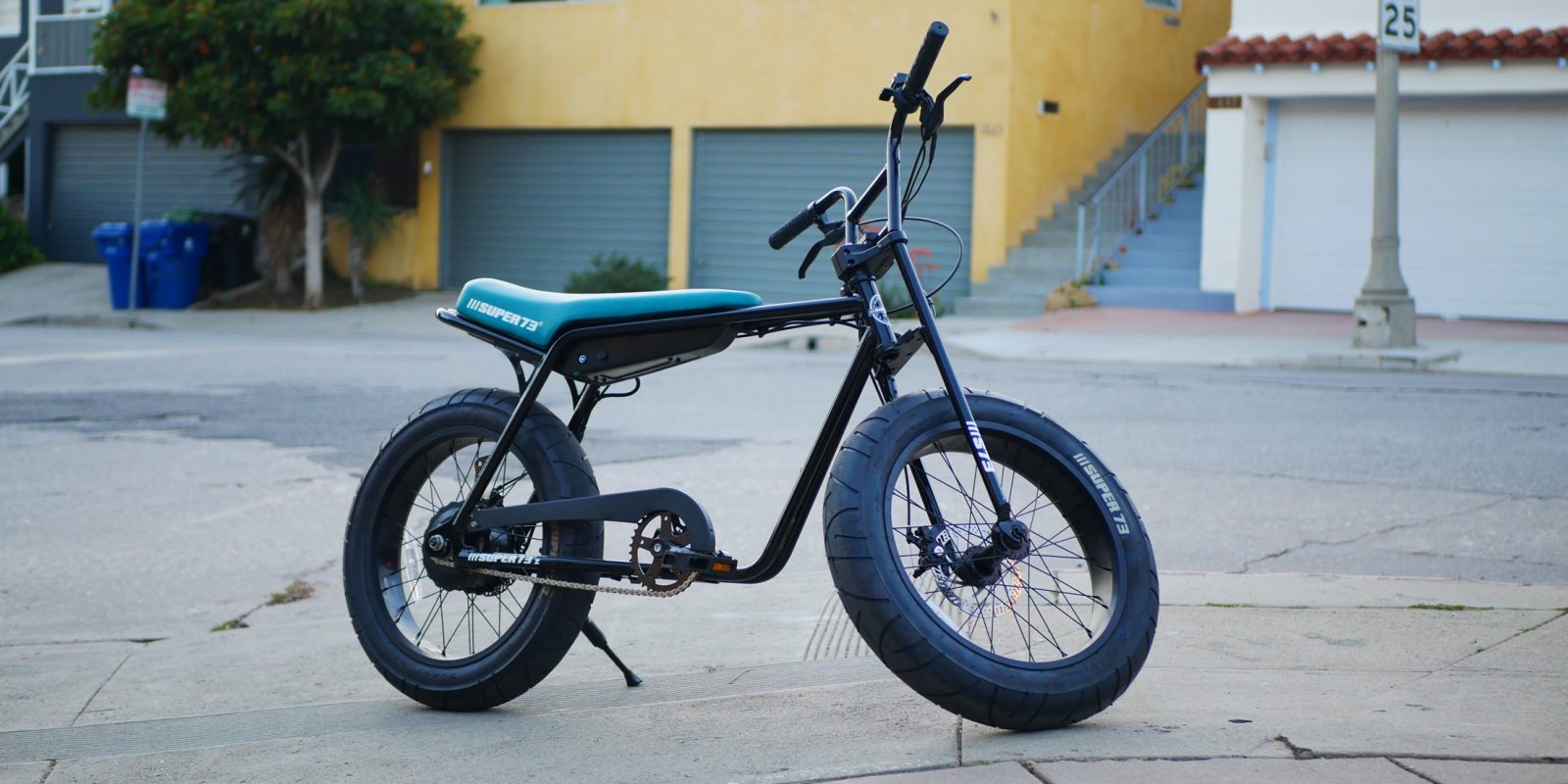 Super73 is all about the laid-back, Southern California style. These electric bikes place an emphasis on the mini-bike styling and give the feel of zooming around town on an electric moped or motorbike. But with many of the full-featured Super73 e-bikes starting at $2k or more, I wanted to see if you could get the same kind of experience on the $1,150 Super73-Z1, which is the company’s entry level model.

Check out my video review below to see the Super73-Z1 in action.

The first thing you’ll notice is that the Super73-Z1 is stripped down to the bare necessities.

There are no lights, fenders, suspension, pedal assist, gear shifter, horn…. nothing! I even included the kickstand in the “Extras” section of the tech specs above because I was scraping the bottom of the barrel.

So you’re going into this knowing that there’s not a lot of fancy equipment or features.

But what you do get is an affordable and fun little moped-style e-bike to rip around on! The bike gets up to 20 mph (32 km/h) and has those nice fat street tires that allow you to really lean into turns and roll right over obstacles (no losing these tires in trolley tracks!).

The banana seat isn’t adjustable, but you can just scoot forward or backward to find the most comfortable spot for you. It doesn’t really matter where you sit because you aren’t going to be pedaling this thing much. It’s super awkward to pedal. There’s only one gear that isn’t low enough for hills or high enough to help out pedaling at max speed. But the motor is strong enough to get up hills with a lot more power than I expected from a 36V setup.

The biggest draw here is the style of the bike. You definitely turn heads on a Super73; it’s a very eye-catching design. And the cool thing about the Super73-Z1 is that it looks a lot more expensive than it is. It’s priced at $1,395 on Super73’s site right now. But I’d recommend checking it out on Amazon where you can save $250 and pick it up for $1,150. That’s a great price for a bike that looks this good (and this much fun to ride!). And if you really want to catch people’s attention, consider going for the “Astro Orange” model.

Even though pedaling is nearly futile, I didn’t really miss it. The Super73-Z1 is definitely a laid-back, cruise-around type of bike that feels much more like a motorbike than a standard bicycle. And since it is a Class 2 e-bike (limited to 20 mph), it is allowed in many more places than faster Class 3 e-bikes.

Of course it isn’t going to be as fancy as Super73’s other e-bikes. They just unveiled an awesome full suspension e-bike for $3,500 and even their S1 and S2 with more range, higher power drivetrains, and fancier features start at twice the price of the Super73-Z1. And I love the Super73-S1, don’t get me wrong. I reviewed it last year and had a blast. But forking over $2k+ is a much bigger commitment than $1,150 for the Super73-Z1.

Of course you aren’t just giving up features like lights and LCD displays here, you’re also giving up range. That’s probably the biggest caveat of this bike — it doesn’t have great range. The 418Wh battery is a bit below average compared to the industry, and those 4-inch-wide fat tires aren’t doing efficiency any favors. The company says you can get 20 miles of range, but that’s likely measured at less than top speed. Is 20 miles of range possible? Sure. But who rides like that?

In real life, when you’re spending most of your time with the throttle pegged, you’re not likely to see more than 15 miles (25 km) of range. Thrash it really hard and you could get even less.

So if you need a longer range bike for distance rides, this isn’t it. Not only is the range short, but the battery isn’t removable. You’ve got to charge it on the bike, which probably means garage charging for most people.

But for anyone who just wants to cruise around the city, run errands, or look cool riding the local boardwalk or pier, the Super73-Z1 is the bike that will do it for you. And even though it isn’t as fancy as some other e-bikes, I can forgive all that because of the price. If you can afford a fancier e-bike, Super73 has higher-end bikes on offer. But for those of us that want to stretch every dollar as far as we can, the Super73-Z1 hits the spot.