Super73-S1 review: the fast, fun e-bike that started the craze has still got it!

Super73 started the current electric mini-bike craze with its original offering. And years later, the company is still leading the pack with its current fun-loving Super73-S1 electric bike.

While showing off my Super73-S1 e-bike to a friend, he scratched his head and proclaimed, “It looks like everything you need and nothing you don’t.”

That’s a good way to put it. The Super73-S1 is somehow equal parts minimalist and over the top.

Its minimalist design means you get a simple seat, no shifters, and a bare-bones frame. Meanwhile, its over-the-top experience means you get a raw, powerful, and fast e-bike that makes you grin so hard you’ll be picking the dirt out of your teeth for hours after your ride ends. 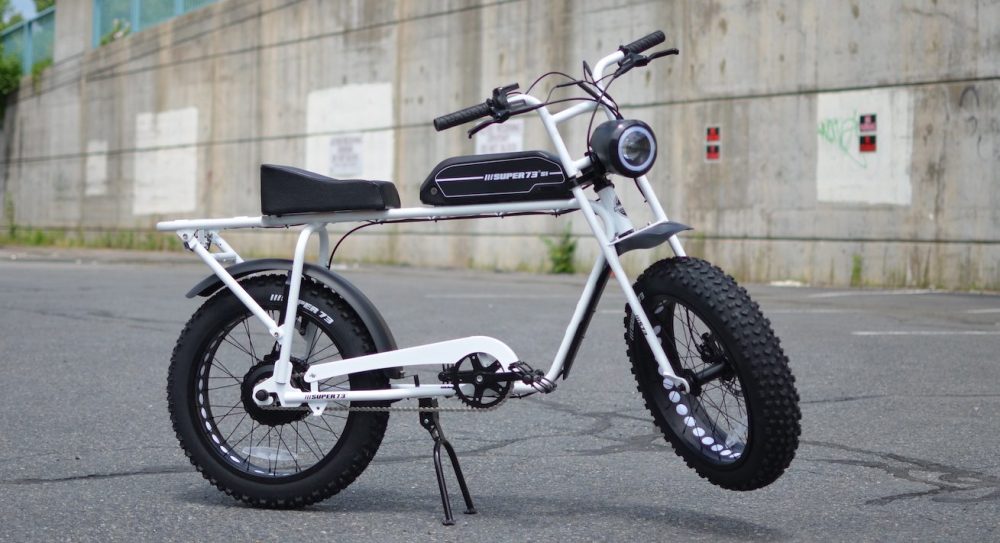 But why tell you when I could show you? Check out my review video below, followed by the Super73-S1’s tech specs. Then read on to learn more about this fun little powerhouse of an e-bike.

The Super73-S1 is pretty much as fun as it looks, which is to say: very. The powerful rear motor gives you plenty of acceleration when you’re on the street and absolutely tears up the dirt when you head off-road.

The bike can climb just as well as it can cruise. The smaller 20-inch wheels help increase the rear wheel torque and also make the bike more nimble. That’s perfect whether you’re weaving between cars or trees. While mine came with fairly aggressively knobby tires, you can also grab street tires as an option straight from Super73. 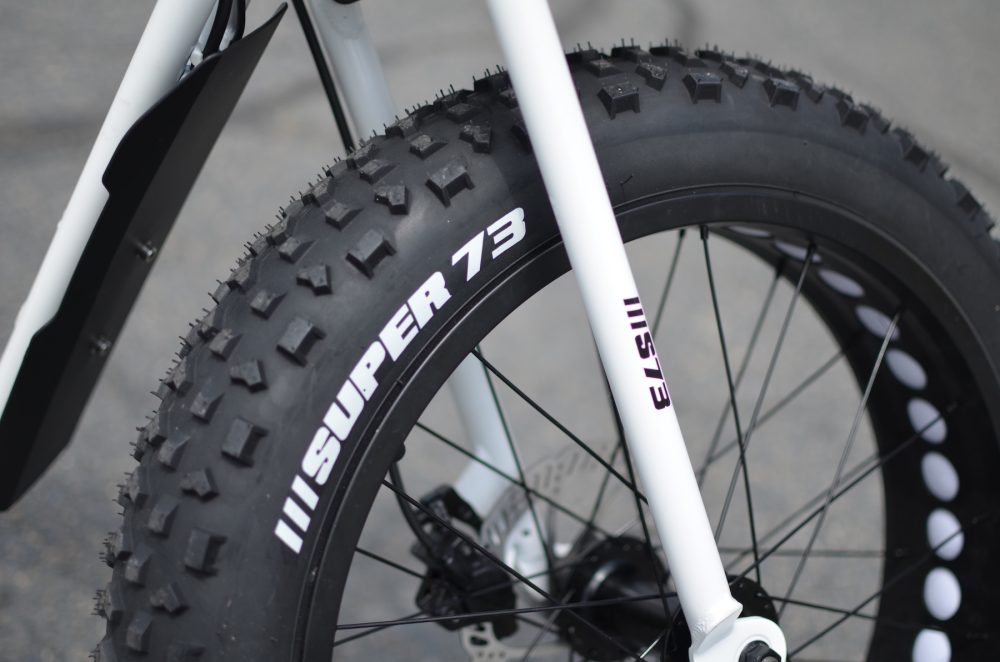 At $2,200, the Super73-S1 is certainly one step above standard budget e-bikes. But that step up in price also means a step up in components. I love hydraulic disc brakes because I never have to worry about adjustments. They’re strong and crisp all the time, just like I like them.

Speaking of speed, this one surprised me a bit. Many manufacturers get overly optimistic about their bikes’ top speed ratings. The Super73-S1 is one of the few to underrate its speed. While it comes with a 32 km/h (20 mph) speed rating, I regularly hit 40 km/h (25 mph) on flat ground.

I’m not a heavy rider, tipping the scales at around 70 kg (154 lb), but still. Even a heavy rider is going to surpass the rated speed. 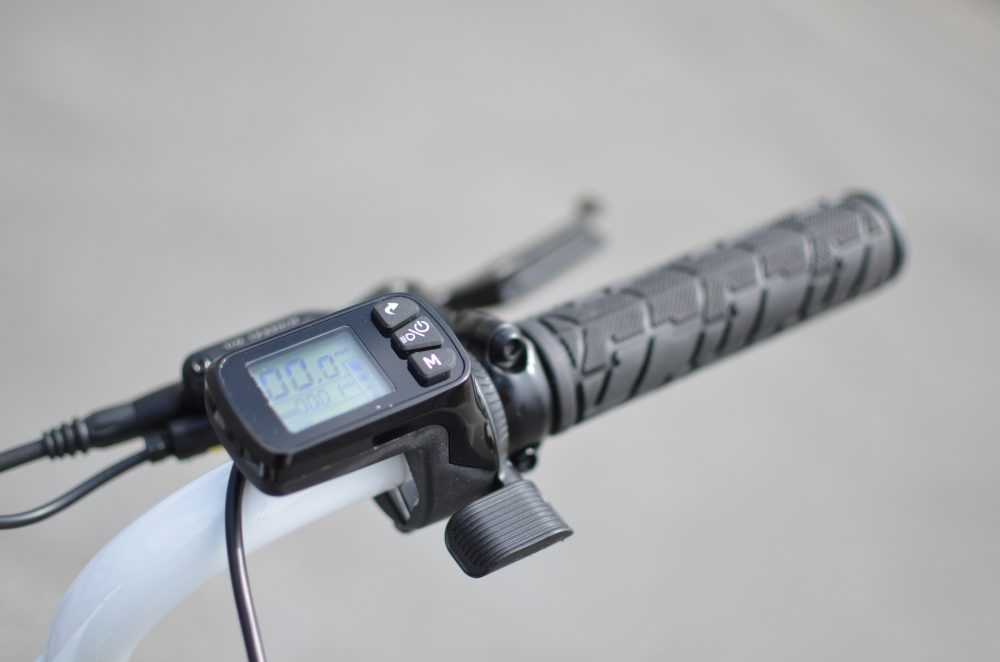 I can only assume that Super73 was hoping to slide in under the radar to earn the Class 2 sticker on the bike, which would qualify it for increased access in more jurisdictions with strict e-bike regulations. I’m sorry if the cat’s out of the bag, but just know that you’ll have the option to go even faster than you expect on the Super73-S1.

As great as the bike rides, I’ve got a couple small comfort-related gripes with it. First of all, what’s with the wedge seat? It’s not bad, but it’s not amazing, either. I’d definitely upgrade to the bench seat option. I guess the goal was to fit a wide range of riders without mechanical adjustments. Super73 claims the bike fits riders from 1.45 meters (4-foot-9 inches) all the way up to 2.05 meters (6-foot-9 inches), though taller riders will definitely want to check out the bench-seat upgrade option.

Next, there’s no suspension. This is only a minor gripe, since the big tires almost make up for the lack of suspension. Almost.

Big potholes and branches won’t disappear under you, but smaller ones will. The big tires and cushy seat do a pretty decent job of smoothing out the ride for a bike without any true suspension. 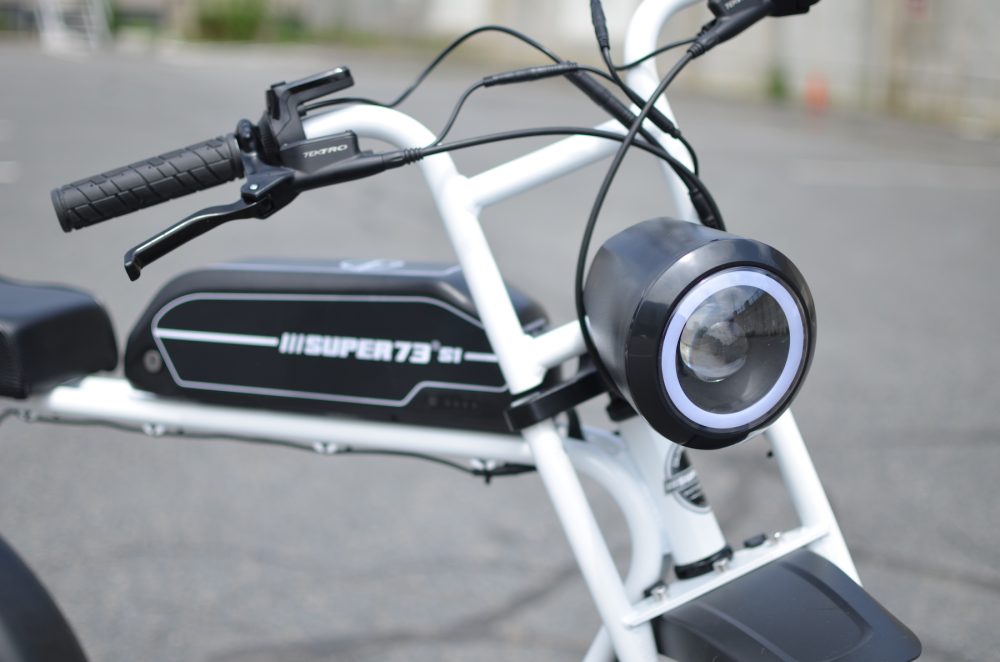 For a minimalist, cruising-oriented bike, the few accoutrements that are provided are quite nice. The big halo headlight not only looks awesome but is also super visible. And the double kickstand helps keep the heavy e-bike straight up and nearly topple-proof. It’s extra useful when parking on soft ground like grass or mulch. (Why do so many businesses put their bike racks in the planting beds?!)

While the Super73-S1 might be fairly minimalist when it comes to extra features, the company went above and beyond in other areas. 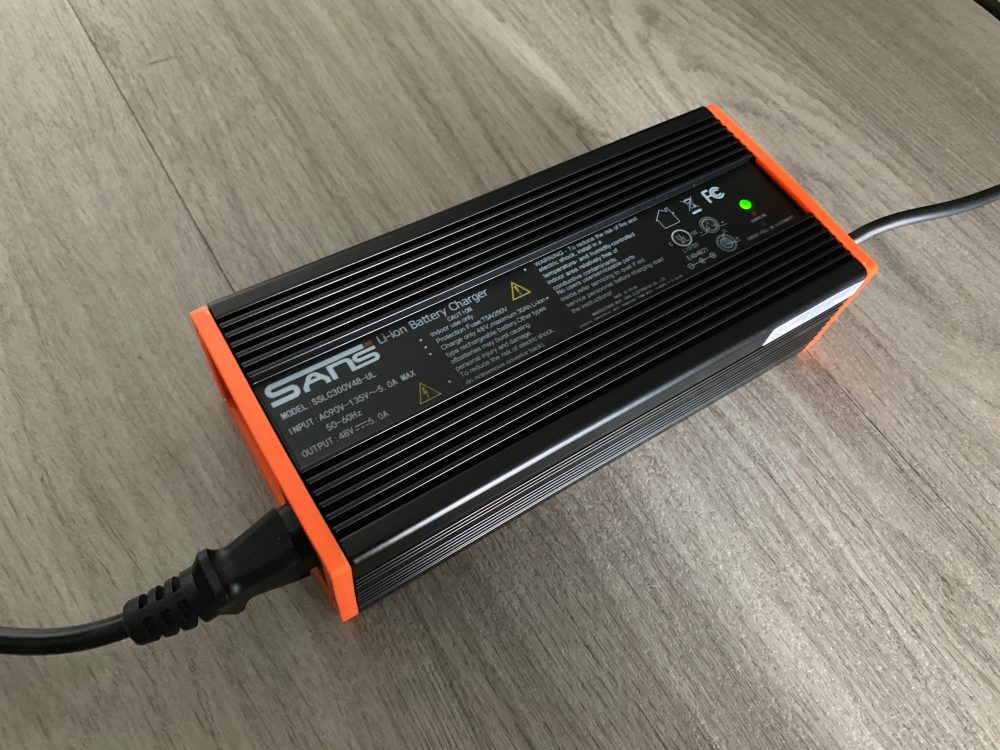 For example, check out the charger. This is one of the most robust chargers I’ve ever seen come with an e-bike. Some companies offer higher-power, nicer chargers as upgrades. But the Super73-S1 comes with a high-power, 5A solid state charger as standard equipment. 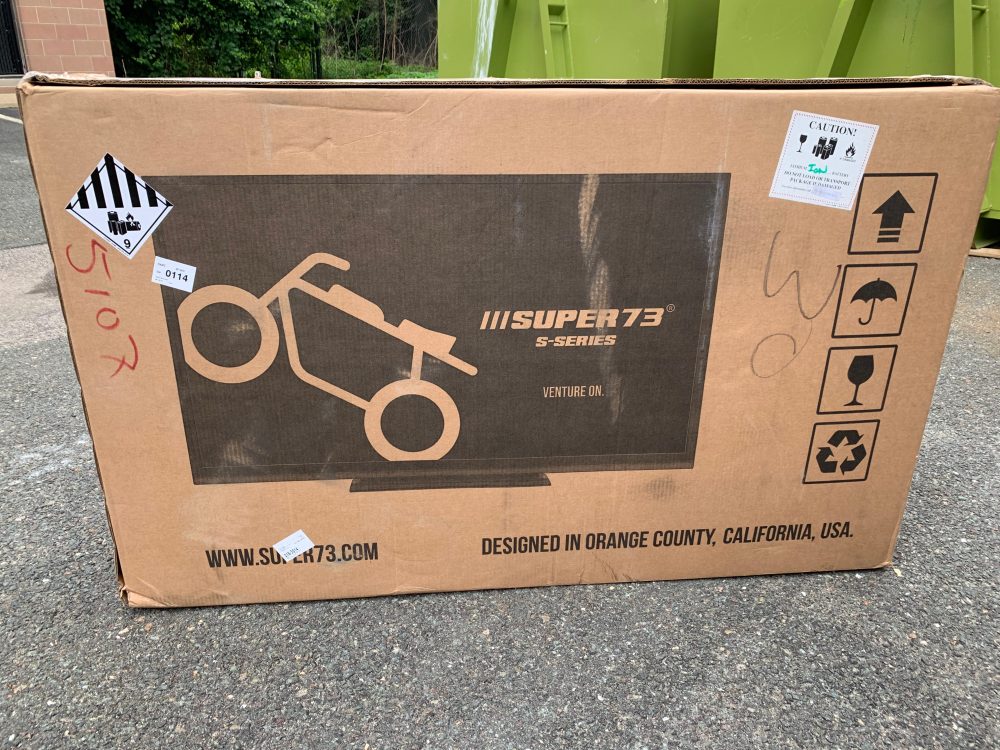 The company also uses a clever trick for packaging. The box is printed to look like a flat-screen television box, since delivery workers tend to handle those with more care. That’s actually a strategy that Vanmoof developed a few years (credit where credit is due!), but I’m happy to see more companies employing it if it means more bikes showing up in good shape.

The Super73-S1 is a rather small bike that doesn’t get in the way, yet is a ton of fun.

It’s not perfect — I’d love some small comfort upgrades. But what you get is a great quality bike that is not only one of a kind, but is also largely responsible for creating the demand for the many mini-bike styled e-bikes we’re seeing today. There are many imitators, but none do it quite like the Super73.

$2,200 isn’t nothing, but it’s actually not that bad compared to many e-bikes that cost two to three times as much yet don’t offer nearly the same performance for cost ratio. Plus, Super73 is currently offering free shipping, which only sweetens the deal. And if you want to get on a Super73 for less, the company also makes the more budget-friendly Super73 Z1 for $1,399.

Now let’s hear what you think of the Super73-S1! Let us know your thoughts in the comments below.