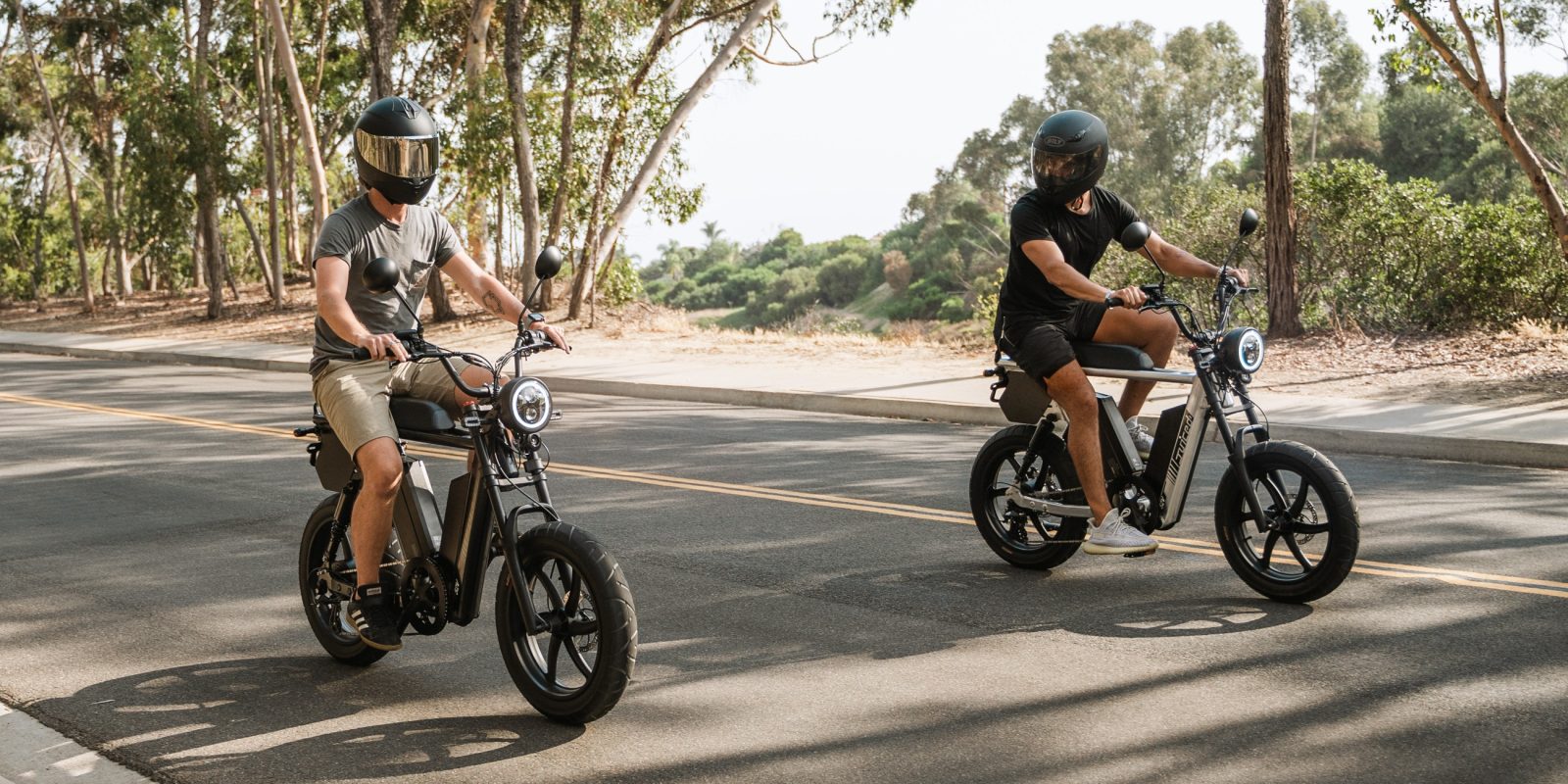 California-based Juiced Bikes has just announced the company’s latest electric bicycle: the HyperScrambler 2. The bike features high-speed performance that blurs the e-bike/e-moped line. And we haven’t even touched on the ridiculous amount of battery range yet!

While the Juiced HyperScrambler 2 e-bike may be brand-new, the concept is famously straight out of Juiced’s playbook.

The company is already known for making high-speed and high-power e-bikes.

In the past, when Juiced wanted to outdo themselves, they released “Hyper” versions of their already high performance bikes, such as the recently released HyperScorpion.

The HyperScrambler 2 takes the same concept and ratchets up the insanity, as Juiced Bikes founder Tora Harris explained in a statement provided to Electrek:

In the e-bike market, we’re all very focused on pushing the performance envelope. With the success of other Hyper models, we knew we had to take our best-selling Scrambler and make it even more powerful, with a truly insane e-bike riding range. Gone are the days of underpowered pedaling and range anxiety. With the new HyperScrambler 2, we are delivering something very special — more distance, speed, and power, but also an e-bike with incredible versatility and style. It’s really the perfect mobility solution for a broad range of riders.

And he isn’t kidding. While the previous Juiced Scramblers have all been impressive bikes, the HyperScrambler 2 fully embraces Tora’s “truly insane” vision.

Those dual batteries add up to 2,000 Wh of capacity, or 3-4x the average e-bike’s capacity.

Hell, that’s more battery capacity than an electric motorcycle I had and more range than a lot of compliance electric cars!

There’s even a built-in intelligent battery balancer that allows both packs to be used proportionally, including when they aren’t at the same charge level. A pair of optional fast chargers can fill the batteries from 0-80% in just two hours.

But the HyperScrambler isn’t just rocking a powerful motor and big batteries. It also has the components necessary to push it past mere bicycle-level performance and into the realm of electric mopeds and motorcycles.

That means a dual crown front suspension fork and dual rear suspension. It also means a full light package with integrated brake light, powerful headlight, and full turn signals. Plus there are loads of other important features for an electric bike of this caliber, such as the dual side mirrors, hydraulic disc brakes, security alarm, dual torque/cadence pedal assist sensors, and a massive 60T chain ring for pedaling at higher speeds.

The Juiced HyperScrambler 2 will be available for pre-order beginning on September 23, with the first 200 bikes being delivered in November. While the single and dual battery versions of the bike are priced at US$2,999 and US$3,499, respectively, they’ll be on sale during the pre-order period for US$2,499 and US$2,999.

The HyperScrambler 2 will initially be available in black or brushed aluminum finishes, with additional finishes becoming available later in the year.

In addition to the HyperScrambler 2, Juiced Bikes offers its more affordably priced $1,799 standard Scrambler models, as well as the commuter-oriented CrossCurrent line and the adventure-ready RipCurrent line, not to mention the well-known Juiced Scorpion electric moped, which we had the pleasure of reviewing earlier this summer.

Make sure you check our review video of the Juiced Scorpion below.