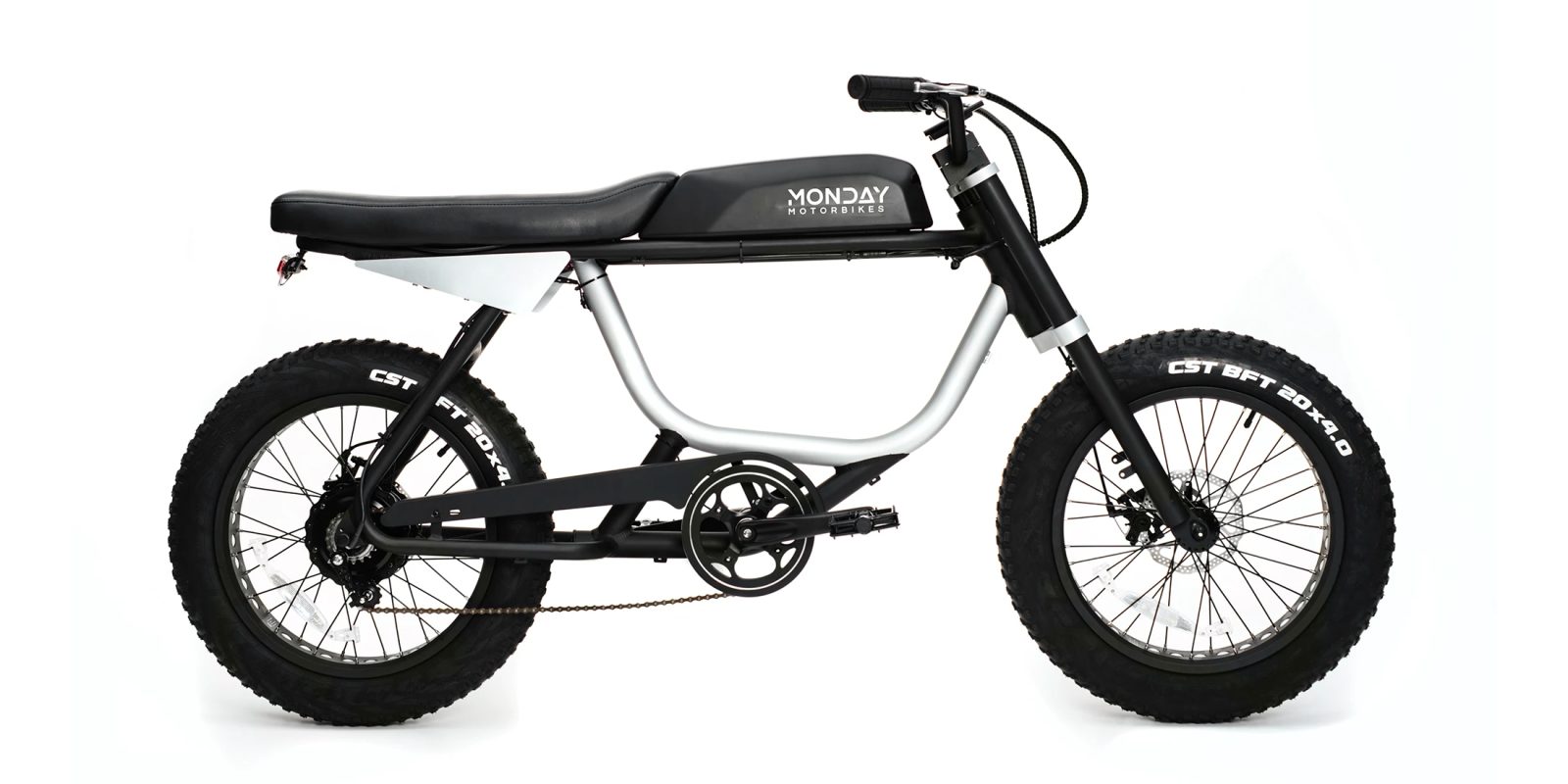 The new electric moped is named after Anza Street in San Francisco, California, where Monday Motorbikes began testing their first models in 2015.

The Anza electric moped is actually available in two formats, a 500W version and a 750W version.

Both versions of the Anza offer an aluminum frame, rear Bafang hub motor, color LCD display, hydraulic disc brakes in front, mechanical disc brake in the rear and a bench seat for up to two riders. I don’t see any rear pillion pegs, though, so that second rider might be doing a bit of foot dangling.

Monday Motorbikes says the lower and higher power models conform to Class 2 and Class 3 e-bike specifications, thus negating any special motorcycle license or insurance in most areas. However, if the 750W model can truly reach the 35 mph (56 km/h) top speed claimed on Monday’s site, then that would put it in excess of the 28 mph (45 km/h) limit for Class 3 e-bikes in most of the US.

Many electric mopeds offer unlimited speed modes that are intended for “off-road use only,” which may be Monday’s way to get around such speed limits.

So far, 2020 has been the year of the electric moped, with a number of new competing models launched by several of the largest electric bicycle companies.

Rad Power Bikes followed up the popular $1,199 RadRunner electric utility bike with the higher-spec RadRunner Plus.

Juiced Bikes launched the well-known Juiced Scorpion electric moped, only to be followed up by the impressive Juiced HyperScorpion, designed to offer more power and speed.

And industry heavyweight Super73, who was there right at the beginning of the electric moped and minibike craze, released the Super73-S2 and then followed it up with the Super73 R-Series full-suspension electric minibikes.

Can Monday Motorbike’s Anza compete with the impressive range of electric mopeds already in the market? Let us know your thoughts on the new Anza electric moped in the comment section below!