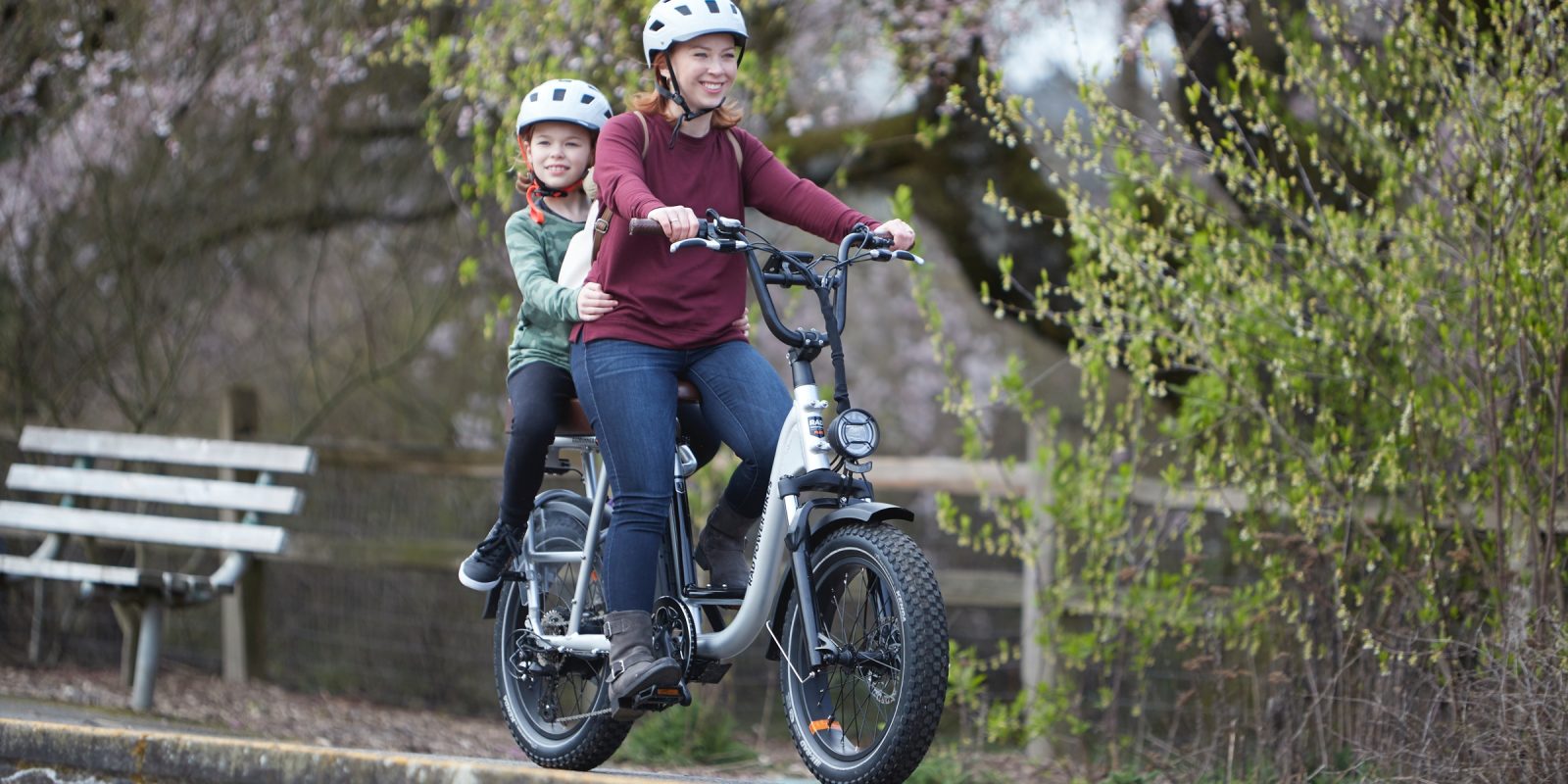 Last year, Rad Power Bikes unveiled the RadRunner as a new form of utility bike that was light on features, helping it also remain light on customer’s wallets. Now the company is back with a second, more full-featured version known as the RadRunner Plus.

And as an added treat, Rad Power Bikes is offering a free accessory just for Electrek readers. Details below!

The original RadRunner’s main selling points were its high-power motor, large battery, utility design, bench seat to carry passengers, wide 20-inch wheels, and low price of $1,299. Though now that low price has been discounted even further to just $1,199.

The company reached that low price by doing away with some features normally found on other models from Rad Power Bikes, such as a suspension fork, LCD display, 7-speed transmission, and fenders.

Now the RadRunner Plus has been introduced with all of those features and more. In addition to adding in the display, suspension fork, Shimano shifter, and fenders as standard equipment, the RadRunner Plus also includes the popular Passenger Package in the $1,699 price.

The passenger packages adds foot pegs and a clear safety guard around the rear wheel to keep feet and legs clear of the spokes.

As Rad Power Bikes CEO and founder Mike Radenbaugh explained in a statement sent to Electrek:

The RadRunner Plus blends the accessible utilitarian design of the original RadRunner with an all-new collection of upgrades for riders craving a premium e-bike experience. The result is a head-turning electric utility bike that makes it easier than ever to run errands across town or pick up a friend scooter style.

The RadRunner Plus will also be available in a new color scheme:

Drawing inspiration from vintage motorbikes and luxury cars of the ’60s and ’70s, the RadRunner Plus features a metallic silver and black paint scheme, espresso-colored seats and handlebar grips, and a bold new decal package.

In my opinion, the Passenger Package is one of the coolest features of the RadRunner, and I used it to haul my nephews around in style.

You can see it put to use in my review video of the original RadRunner, shown below.

The RadRunner Plus is being offered as part of a limited release, so make sure to head on over to Rad Power Bikes’ site if you want to reserve your own.

Pre-orders open today and delivery is expected in July. The RadRunner Plus is priced at $1,699 for the 750W model. The original RadRunner is available for a discounted price of $1,199.

In addition to the new RadRunner Plus model announced today, Rad Power Bikes has been kind enough to offer a special promotion just for Electrek’s readers and viewers.

If you order an electric bike from Rad Power Bikes in the next 7 days, you can use the coupon code ELECTREK to get a free accessory up to $100 in value along with your new bike. That could include Rad Power Bikes’ wide selection of large baskets and racks, spacious pannier bags, wheel locks, or even that cool Passenger Package for the original RadRunner, if you aren’t already getting it included on the upgraded RadRunner Plus.