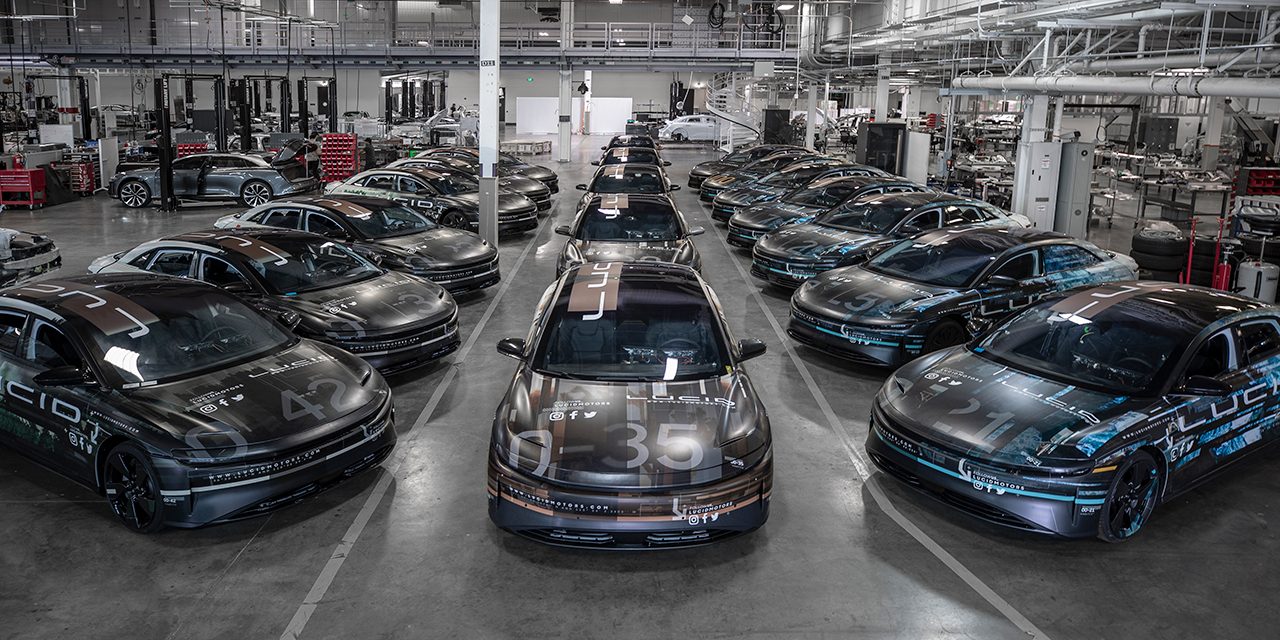 Lucid unveils its fleet of ‘beta’ Air prototype electric cars as it still prepares for the launch of the production version, despite potential delays amid the pandemic.

In April, Lucid aimed to unveil the production version of the Lucid Air at the New York Auto show, but it was canceled due to the coronavirus pandemic.

The company plans to still unveil the production version later this year and bring it to the market by the end of the year.

In the meantime, the best look we have of the electric car is through Lucid Beta prototype fleet, which has been growing lately.

They have over 40 Lucid Air beta prototypes with “dozens more” currently being built for the company’s test programs, and today, they released a quick video of the fleet:

Normally, these vehicles would be racking up long-distance miles on the highway or circling a test track as we refine and validate the Lucid Air’s advanced engineering and game-changing performance. Beta prototypes have, for instance, endured the frozen northern reaches of Minnesota for winter testing and shuttled between San Francisco and Los Angeles on a single charge — all in preparation for production at North America’s first purpose-built EV factory in Casa Grande, AZ.

The preparations for the start of production have shown progress in Arizona with the site starting to look like a factory, but it is still unclear if Lucid can still bring the Air to production on its 2020 timeline.

Lucid said today that it was waiting for the restrictions to be lifted before it can resume road testing.

Earlier this year, we interviewed Rawlinson, and he revealed a few new details about the production version.

He said that the Lucid Air is going to be equipped with a more than 900V system, will have up to 400 miles of real-world range, and more.

The first version of the car, which might be called Dream Edition based on the new teaser, is expected to cost over $100,000 and have up to 1,000hp.

Rawlinson told Electrek that he didn’t set out to create a 1,000hp car, but the power is a consequence of creating a long-range electric vehicle.

The CEO expects the Air to create a new standard for efficiency with 4 to 5 miles of range per kWh for a full-size luxury sedan.

I remain excited about the launch of the Air. It looks like they are going to deliver a truly impressive electric vehicle.

However, I still have doubts about them sticking to launch by the end of the year — at least for any meaningful volume.

But even if it gets delayed into 2021, it’s not that big of a deal. We are not talking about a mass-market vehicle that would move the needle a lot in terms of overall EV sales, but it might push EVs further in terms of performance, which would have a long-term positive impact down market.