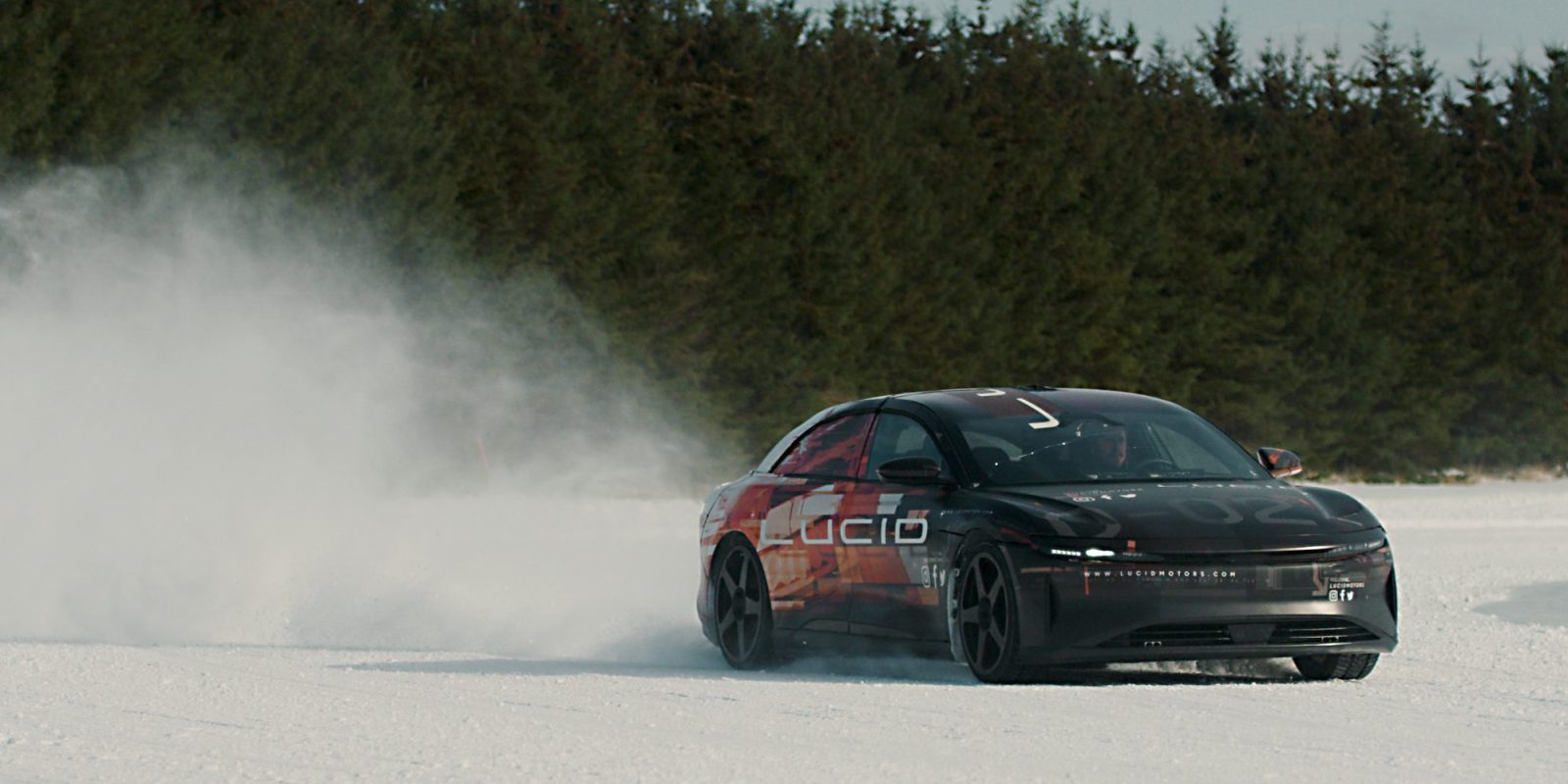 Lucid Motors has released a video of their upcoming Lucid Air sedan doing winter testing in harsh conditions in Minnesota.

Every car needs to go through winter testing, so Lucid took the Air out to the northern reaches of Minnesota a few months ago to tackle four different types of harsh road conditions: a circle track, an ice field, a snow field, and a handling track. Tests like these allow engineers to calibrate anti-lock braking, traction control, and stability control in tough real-world conditions and ensure that a vehicle has stable handling characteristics no matter how the road looks.

Electric cars tend to have advantages in cold-weather handling, as electric motors can alter torque in milliseconds, making them less likely to start a skid and have an easier time recovering them.

So let’s take a minute to watch the Lucid Air show off those handling characteristics with some drone footage:

Lucid’s video is more for fun than anything else — a video showing data logs probably wouldn’t have had as wide an appeal.  And the drifting portions are perhaps not what the average driver would like to do on a normal road. But it looks exciting for the cameras, and in the absence of a reveal of the production version of the car, this short video will have to tide us over for now.

Lucid was gearing up to release the Lucid Air later this year after several years of development and some delays. It took a while to get here, but they finally got a lot of funding, started construction, and are making good progress on their factory.

They had been planning on an April unveiling at the New York Auto Show, but that show had to be postponed due to the coronavirus pandemic. Currently, the Javits convention center it was going to be held in is serving as a temporary hospital for hard-hit New York City.

Unfortunately, this has also led to another delay for Lucid, though this one is completely understandable in light of global events. And it might even be better for Lucid — it’s probably going to be hard to sell cars this year, given the global crisis we’re going through.

So it’s too bad that we didn’t get to see the final version of the car this month as expected, but we still got a little something fun to watch, at least.

What did you think of the video?  Let us know in the comments below.