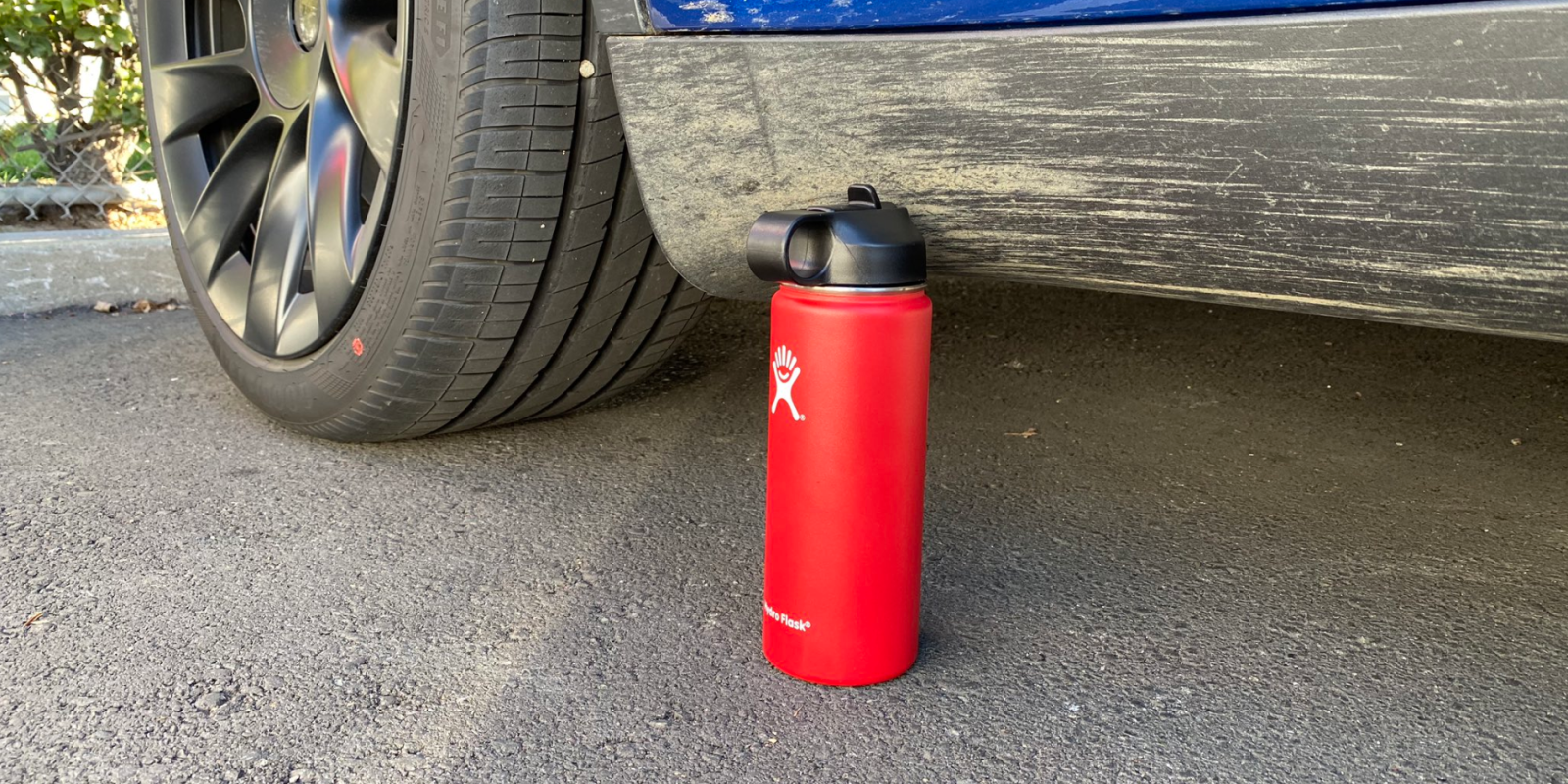 The Tesla Model Y is shipping in just about two weeks, and it looks like Tesla has a lot of cars ready to sell. Early customers have been getting emails asking them to confirm deliveries, and the cars should be in customers’ hands soon. But we still don’t know how big it is.

So, in the absence of specs, what are we to do?  Well, an enterprising fan and friend of the site saw a Model Y in public, didn’t have a measuring tape on hand, and got creative — with his water bottle.

A lack of information about unreleased vehicles is common for Tesla. Typically, early fans know that they’re not going to know everything about the car they’re buying before they finalize their order.  For those who aren’t sure, they can wait and get in line behind the faithful who will order the car regardless.

The same thing happened with the Model 3. When we got ours, we asked you for questions since so many were still unanswered. You gave us a lot of them, and we posted a FAQ article in advance of our full Model 3 review.

With the Model Y, there are fewer questions because the car is expected to be very similar to the Model 3.  The main difference is size — the Model Y is supposed to be “about 10% bigger.”  Specific specs beyond that, though, have been missing.

While we’ve seen a lot of photos and videos of the Model Y next to other vehicles, those mostly gave us an idea of body size. Ground clearance is harder to tell since we haven’t had a lot of close-up shots of the distance between the ground and the bottom of the car. Since Model Y is an “SUV,” it might be used for some light off-roading or difficult road conditions, which means owners might want a little more ground clearance than in their Model 3 sedan.

So when Twitter user and friend of the site SeasonedTech spotted a Y, he used what he had on him and measured the Model Y’s ground clearance as best he could.

(Coincidentally when we had an extra ticket to the Tesla Model 3 event a few years ago, Mr. Seasoned Tech won, and we had a great time watching the first Model 3 roll off the line.)

And yet, this is still not as precise as we’d like. It only measures from the edge of the car, and not particularly accurately, and there might be parts of the car that are slightly lower. If it’s anything like the Model 3, the lowest part of ground clearance should be the lip at the front of the rear wheel, which extends down about as far as the rear suspension does.

Also, we don’t know how much weight the Model Y was loaded with, so the measurement could change based on that.

But it looks like we’re running over 6 inches, maybe 7 or so. Which seems like it’s about an inch more than the Model 3.

SeasonedTech also confirmed the Model Y’s tire size, which is 255/40R20 for the 20-inch wheels. We had previously suspected this to be the case, but it’s nice to have someone read the numbers on the sidewalls for once.  For the 19-inch wheels, we suspect the size will be 255/45R19.

Great!  Now, Tesla, can you please just update your page with the specs of this car so we can stop speculating? These articles are fun to write, but it’d be a lot easier if you just tell us how big the car we’re buying is. Thanks!